Explore Land and Sea in Hong Kong with Asia Answers

Posted on August 16th, 2016 by Elizabeth Cody in Outposts

Hong Kong is a place still finding its own identity; still barely 19 years out of British colonial rule, the city is currently straddling the line between its past as a former colony and its handover back to China. This melding of cultures has helped Hong Kong blossom into a voice all its own, and its residents as well, from friendly fisherman in the floating village of Aberdeen to the chattering merchants of the night market at Temple Street. While Hong Kong may still be discovering itself, you will surely find yourself on a visit to Hong Kong. 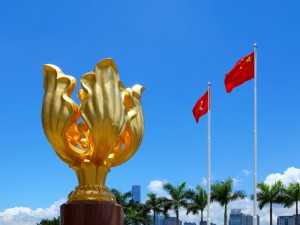 The site of the historically significant handover of China from British rule to the People’s Republic of China, the Golden Bauhinia Square is a popular destination with tourists for not only its history but it’s stunning statue of the bauhinia flower. The Reunification Monument, a tall dark-colored monolith, is inscribed with the calligraphy of President Jiang Zemin and a favorite photo opportunity for visitors. Every morning at 8 a.m., depending on the weather, members of the Hong Kong police force raise the national flag to the tune of the Chinese national anthem. During certain holidays the square is illuminated by dozens of fireworks, specifically Chinese New Year and the National Day of the People’s Republic of China.

The square is also home to the Hong Kong Convention and Exhibition Center, one of the biggest exhibition and convention venues in the country. The convention center hosts some of the world’s most prominent trade fairs, including the world’s largest clockworks and leather markets. 45 different international trade events are held here every year from well over 100 countries. The structure of the building is particularly intriguing, especially the center’s turtle shell-shaped roof and giant glass windows.

The floating fishing village of Aberdeen has long been a significant provider of Hong Kong’s seafood supply, even more critical with the recent rise in tourism to the city. However, local mass-production fisheries have begun to impact the community, causing many of the full-time fishing residents to only live on the boats during the day. Nevertheless, visitors can still see members of the community in their sampans (traditional junk boats) talking with each other, cleaning fish, or steering their vessel out to sea for their catch. Some of the boats have been converted into restaurants and sightseeing vessels as interest in the quirky little fishing village began to rise. One of the most exciting times to visit the town is during the Dragon Boat Festival, when brightly-decorated “dragon boats” race against each other paddled by locals and all to the beat of drums.

While not many people think of going to market after dark, the Temple Street Night Market in Hong Kong will make you change your tune. This is the place to go to get a large sampling of all the cuisine and merchandise to be had in Hong Kong. This is a bargaining market, so price labels shouldn’t be taken at face-value; feel free to negotiate with the merchant to get the best deal. Items on sale range from clothing to cookware, and services such as fortune-telling are also available in the market. North of the temple in the market are all the food vendors, where you can get a meal as simple as noodles to as elaborate as dim sum. The market opens daily at 6 p.m. and closes around 11 p.m., but the best time to visit is between 7 and 10 p.m. when all the vendors are set up and hawking their treasures. 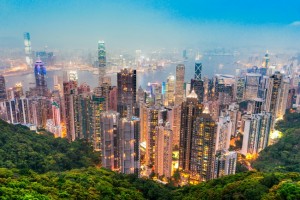 [/media-credit] The skyline of Beijing from Victoria Peak

For the most breathtaking photo opportunity in the entire city, look no further than Victoria Peak. This mountain on the western side of Hong Kong is accessible either via the century-old tram system known as the Peak Tram, which takes visitors from St. John’s Cathedral up the mountain, or by bus. Thanks to the huge influx of eager tourists, two shopping centers were built on the mountain and contain restaurants and stores. The upper class and super richest of Hong Kong’s residents have real estate at the top of the mountain; a home sold recently in the area for HK$1.8 billion ($232 million USD).

The origins of the name for Repulse Bay have been obscured by the passages of time; some say it came from the “repulsion” of pirates by the Royal Navy in the 19th century, others that the name came from a ship named the HMS Repulse. The beaches here are often crowded on the weekends, so consider visiting during the week to beat the throngs of beach-goers. The buff-colored sands are clean and ideal for those with small children looking to play in the sun. Recent renovations have improved the showers and changing rooms on-site.

For more information on Hong Kong and Asia Answers, visit them online at www.asiaanswers.com.