Explore the Curiosities of Western India with GTT Global | TravelResearchOnline

Explore the Curiosities of Western India with GTT Global

Posted on October 25th, 2016 by Elizabeth Cody in Outposts

India as a whole is an anomaly to many travelers, and besides the sprawling city of Mumbai, Western India is a mystery to even more. But this region is filled with stunning vibrant cities, peaceful temples, unconventional architecture, and sun-filled beaches, and all within easy reach. Whether you’re looking to zipline from an ancient fort or go kitesurfing along one of Western India’s many beaches, it’s all here waiting for you. 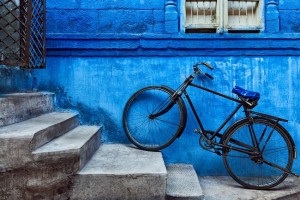 A striking contrast to the surrounding browns and reds of the Indian landscape, the “Blue City” of Jodhpur is a refreshing sightseeing oasis. Also known as the “Sun City”, Jodhpur receives intense sunshine almost every day of the year. The blue houses are part of the older city construction in the north side of town, and the shades of blue are still bright and vibrant. Jodhpur is also home to the largest fort in the state of Rajasthan, Mehrangarh Fort, which was founded in the mid-15th century, and today visitors can tour the museum or palaces, take a ziplining tour from the Chokeleo Gardens, or simply climb the 150 meter hill and take in the views of the city.

Another “sparkling” city, Surat is famous as the destination for 92% of the world’s diamond supply for cutting and polishing before they reach their final storefront home. This port city rests on the banks of the Tapti River, once a major British colonial waterway but now unable to be navigated due to dam construction. Many Hindu pilgrims come to Surat to pray at the Ambika Niketan Temple, dedicated to the Mother Goddess Ashtabhuja Ambika and containing shrines to Ram-Sita, Laxminarayan, and Lord Shiva. The temple is a quiet place and has stunning views of the city. Another must-see in Surat is the Surat Castle, or Old Fort, built in the mid-16th century on the banks of the Tapti River. The fort is now somewhat overgrown with foliage, but the structure has stood the test of time and visitors can tour the old facilities. 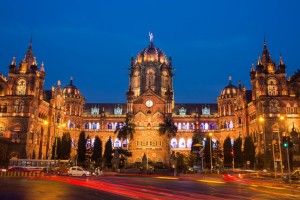 The largest city in India, Mumbai is what many people think of (besides New Delhi) when they think of India: ornate temples juxtaposed with colonial-style government buildings, markets crammed with vendors, and fragrant restaurants sizzling spices for their many dishes. One of the architectural can’t-misses is the Chhatrapati Shivaji Terminus, a train station built in a fusion of styles somewhere between Victorian, Hindu, and Islamic with domes, stained glass, and buttresses. Designed by Frederick Stevens in 1834, some of the more intriguing details include gargoyles on the center tower and peacocks in the windows above the main courtyard. Anyone looking for a UNESCO World Heritage Site should look no further than Elephanta Island in Mumbai Harbour; these caves were carved between the 5th and 8th centuries BCE into temples honoring the Hindu gods. Their likenesses are carved into the rock, and the island earned its name after the Portuguese saw the stone elephant at the entrance to the cave.

One of the holiest cities in India is Nashik, a place of pilgrimage for many of India’s Hindu population. The city is considered important for rituals concerning the afterlife, and pilgrims will bring offerings once every 12 years for a special celebration known as Kumbhmela, which is also celebrated in 4 other sacred cities. The city has many stunning and tranquil temples to visit, including the Kalaram Temple, Muktidham, Someshwar, and Navshya Ganpati. 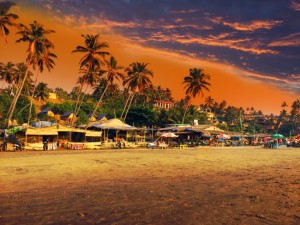 [/media-credit] Sunset at one of the many beaches of Goa

Once you’ve visited all of the fascinating cities of Western India and you’re ready to relax, take a trip out to visit the beaches of Goa. The towns are smaller along the beaches and the people more easygoing and relaxed here. If you’re looking to make new friends or meet new people, check out the more popular beaches such as Arambol, Palolem, Candolim, Sinquerim, and Calangute. If a quieter and more secluded beach going experience is more your speed, then you’ll enjoy the beaches of Patnem, Vagator, Morjim, Asvem, Mandrem, Colva, Baga, and Chapora. Activities available along the beaches include diving, kitesurfing, jet-skiing, surfing, and paragliding. Be sure to check out the local wildlife sanctuaries while you are in Goa, especially the delicately beautiful butterflies of the Butterfly Conservatory of Goa.

For more information on GTT Global, visit them online at www.gttglobal.com.