Fresh Air and a Feast in Bangalore with Qatar Airways | TravelResearchOnline

Fresh Air and a Feast in Bangalore with Qatar Airways

Posted on November 29th, 2016 by Elizabeth Cody in Outposts

Bangalore has recently emerged as an urban Indian powerhouse: an outdoorsman’s dream, a foodie paradise, and a center of technology and innovation, yet all contained within a city still holding true to its heritage. Thanks to Bangalore’s mild temperatures year-round, nature enthusiasts can pick their poison and race off into the sunset to get their adrenaline pumping. Those looking to take it easy will adore the city’s lush forests and breathtaking gardens, as well as the unique architecture on some of its most prominent buildings. Looking to fill your grumbling stomach? Bangalore has that covered as well. No matter what you’re looking to get away from (or to), Bangalore has you covered. 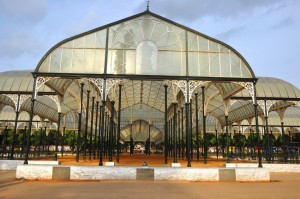 Artifacts found around the city of Bangalore suggest that the area has been inhabited for well over 4,000 years, and Roman coins indicated that the residents had been involved in trade with the sprawling empire since the late BCE period. Many different dynasties controlled the region, from the Gangas to the Cholas, and through it all saw the influx of warriors, religious leaders, artisans, and traders settle in their city. The city was officially founded in 1537 by Kempe Gowda I in order to overthrow Gangaraja and establish the Vijayanagara empire as rulers. India eventually fell to British rule in the mid-19th century, but gained its independence after the Second World War, and Bangalore eventually rose as the technology hub of India, earning the nickname “The Silicon Valley of India”.

Bangalore has stunning landscapes and woodlands, perfect for either a casual stroll or a more challenging hike. Adventurous visitors will love trekking through the lush jungle or climbing the many boulder gardens around the city. Cyclists and those proficient in kayaks will also find plenty to do here with biking trails and white-water rafting excursions during monsoon season.

Once you’ve finished hiking, climbing, and paddling your way around the city, you’ll have probably built up quite the appetite. Thanks to the diverse economy in the city, Bangalore serves many different styles and types of cuisine, from fragrant street fare to upscale and fine dining establishments. Foreigners will find some unusual offerings here including Chinese, Thai, and Western food, although most has been modified for the Indian palate. Many local specialties that cannot be missed include Udupi restaurants, serving mostly vegetarian fare; Muslim cuisine with more daring options such as fried sheep’s brains; and Arabian cuisine including the traditional falafel and shawarma. 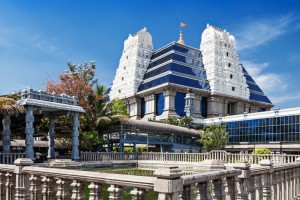 If you’re still hungry after exploring Bangalore’s food scene, then head over to the ISKCON Hare Krishna Temple, where they have their own specialty food stalls. ISKCON stands for the International Society of Krishna Consciousness, and the building the society is housed in is a blend of traditional and modern Indian architecture. The temple also sells souvenirs and items to be used for devotion if you’re looking to take home a unique keepsake from your trip.

One of the most beautiful and tranquil places in the city are the Lalbagh Botanical Gardens, commissioned by the ruler Hyder Ali in the mid-18th century. These gardens are said to have trees centuries old, and some of the most diverse species of plant life on the planet. The glass house is home to a variety of tropical flowers and hosts a semi-annual flower show to display their vibrant beauty. Tours are available if you call ahead, either for a Medieval or Victorian tour of the gardens.

For more information on Bengaluru and GTT Global, visit them online at www.gttglobal.com.