A couple of years after we started the cruise agency, we were growing a fan club of loyal clientele. We focused on fundamentals of sales and did what we knew best “providing the same high level of service our customers expect on their cruise vacation.”

One of our early customers was the Vice President of Sales at Dell Computers at the time. He was so pleased with the way we handled his personal vacation, he asked if I would be interested in bidding on Dells next sales incentive trip which happened to be two cruises- one seven day and the other a 4 day.

When I worked onboard, we handled hundreds of incentive groups each year, but as a travel professional, I didn’t really know what to do. One thing I have learned in a career in sales is to listen to every opportunity, so I said yes. The next week he put me in touch with the team responsible for contracting the trips.

The procurement team let it be known, they were pretty much humoring the VP. After all, (at the time), we were just a small, 4-person local cruise agency and they were used to dealing with the likes of Maritz, a giant of the incentive industry. I knew of Maritz and they are very good at what they do, so I didn’t think we had much of a chance.

I made a deal with the head of the team to take them to Miami. We would inspect the ships they were interested in booking and if I didn’t get the business, they would reimburse me for the trip.
We arrived in Miami after a short flight from Austin on a Saturday evening. We had a nice dinner and prepared for our visit to inspect Royal Caribbean’s, Majesty of the Seas. The next morning. We were met by the RCI incentive sales person at their office in the Port of Miami and went across to the cruise terminal on Dodge Island to tour the ship.

Our first stop was the Royal Suite which we needed to see before its occupants arrived for their cruise. We would need this suite in the event Michael Dell decided to join the trip. The Royal Suite and other suites were located on Deck 10. For some reason, the sales person (a very seasoned employee) took us to Deck 9. I didn’t say anything because I thought she might have a plan, however after walking the entire length of the ship to the forward area where the suites should have been located, she realized her mistake. Now this did not look good for RCI, but especially not for me. I could see the whole deal, what little chance I had, slipping away fast. When she suggested we go back to the elevators and up another deck, I saw the frustration in their faces.

I knew I had to act fast, “Follow me.” I said as the RCI salesperson looked at me quizzically as if to ask “What do you think you are doing?” Instead of backtracking to the mid-ships elevator, I took them through the door the read “Crew Only”, up one flight of stairs to deck 10 where we promptly ran into the Captain.

Fortunately, we had sailed together when he was a First Officer and knew each other. After introductions and small talk, we exited through the deck 10 “Crew Only” door into the passenger area directly adjacent to the Royal Suite. Fortunately, the rest of the tour went off without a hitch. The Dell team would ask questions, the sales person would sometimes say no and I would explain that if it was important to them, we could probably find a way to accommodate their request.

As the tour ended, I asked the team leader what he thought of the ship, his response floored me. “Dan, when we agreed to come down here with you, we really didn’t think of you as a serious contender. But after today, you proved you aren’t just a little travel agency trying to bag the whale. You showed us that you know exactly what you are doing and how to work the system. We would be happy to work with you.”

As we disembarked the ship, I don’t think my feet ever touched the ground. The next day we toured the Nordic Empress (now Empress of the Seas), but that was just a formality. We worked closely with the Dell team to pull off what were their highest rated incentive trips to date.

There is a famous quote attributed to Sir Richard Branson, “If somebody offers you an amazing opportunity but you are not sure you can do it, say yes – then learn how to do it later!”

We didn’t know how you were “supposed” to do incentive trips and I don’t usually advise my coaching clients to do large incentives unless they are familiar with the risk and liability involved – but I would not be where I am today had I not said yes to the opportunity.

The success of these trips gave us the credibility to work with companies such as the Miller Brewing Company and MCI-WorldCom as well as a number of smaller organizations. In those days, Dell was growing at a much faster rate than we could or wanted to keep up with and eventually they moved on to Maritz. However, many of the participants went on to become long term customers.

If you are willing to take a “calculated” leap of faith, you never know what doors can open for you. 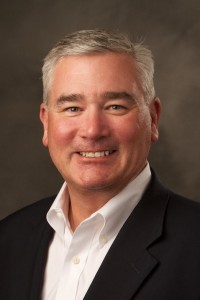