Posted on March 16th, 2017 by Jennifer Garber in Departures

Dakar is the vibrant capital city of Senegal on the West African coast. Whether travelers are exploring the many markets laden with colorful crafts, enjoying a horse-drawn cart ride along the sandy streets, or find themselves at one of the many museums, the world renown hospitality of the Senegalese is sure to impress.

Dakar stretches across the Cap-Vert peninsula on the westernmost edge of Africa. This area was originally settled in the 15th century by the Lebou people; an indigenous group with descendants still in the region today. The Portuguese reached Dakar soon after, followed by the Dutch, English, and the French in the 19th century. While French is the official language of Dakar, English speaking tour guides are abundant and easily located. From 1978 to 2008, Dakar was a popular destination for those eager to join the Paris-Dakar Rally. In this annual event, competitors navigated off-road vehicles over sand dunes and rocks, through mud and camel grass. More recently, Dakar has grown into a major financial center and is home to several international research centers and organizations.

Dakar is fast moving, perhaps because it receives so many travelers. As the westernmost city in Africa, Dakar is an ideal jumping-off point for travelers interested in continuing to other areas on the continent. Whether Dakar is a final destination or the first of many, travelers will want to set aside at least a few days to enjoy the city. 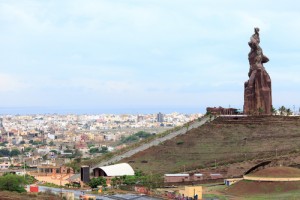 Dakar’s downtown markets are a treat on the senses and perfect for souvenir shopping. From fruits and vegetables to carved masks and brightly patterned fabrics, Dakar’s markets have something for everyone. The Sandaga Market offers an extensive variety of clothing and food. Not too far away is Kermel Market; a better place to find hand-made crafts like jewelry, woven baskets, art and antiques. Kermel also tends to be less crowded than Sandaga. For travelers looking to bring home hand-made souvenirs, Dakar’s downtown markets are the perfect shopping grounds. 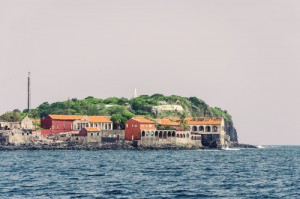 The African Arts Museum is one of the best locations in the country to dive into African art and culture. The museum houses traditional African objects as well as contemporary exhibits. With over 9000 different objects on display, travelers will want to dedicate an entire day to this attraction. Carvings, masks, agricultural tools, fabrics and drums are just a sample of the culturally significant objects on display.

Goree Island is just off the coast of Dakar. While the island may be tiny, it is very popular with tourists due to its historically significant role in the Atlantic slave trade. Travelers with a special interest in history and education will find the island to be well worth the jaunt. The quiet and meditative atmosphere on the island is a change of pace from the bustling city of Dakar itself.

Lake Retba is a site to behold. Travelers will not want to miss the unique site of a pink lake; just an 18 mile trip north-east of Dakar. The water is actually pink. Separated from the Atlantic by a row of dunes, the lake gets its pinkish pigment from Dunaliella salina algae. Not only is this lake visually striking, but it has an incredibly high salt content. Travelers can swim through the otherworldly water and float nearly effortlessly at the same time.

SAA also offers daily nonstop service from New York-JFK to Johannesburg and four times weekly Washington Dulles to Accra, Ghana.  Through its code share and interline partnerships with United Airlines, Air Canada, JetBlue Airways, American Airlines and Virgin America convenient connections are offered between over 100 cities in the U.S. and Canada and SAA gateways in New York and Washington, DC. Through its Johannesburg hub, SAA and its regional airline partners South African Express, Airlink and Mango connect travelers to over 75 destinations throughout the African continent. A Star Alliance member, South African Airways is the recipient of the Skytrax 4-Star rating for 14 consecutive years.

For more information on South African Airways, visit them online at https://www.flysaa.com.

Share your thoughts on “Descend into Dakar with South African Airlines”