Posted on March 23rd, 2017 by Jennifer Garber in Departures

Athens is the city of classical wonders; a land of gods and temples, of sports and plays, where scholars and philosophers first dreamed up democracy; a must-see city for anyone visiting Europe. Step into antiquity. Step into Athens. Step into the past and discover breathtaking sites from one of the most important civilizations to ever flourish.

Athens is located in the southern side of Greece along the peninsula of Attica. Protected by mountains and nearly surrounded by water, Athens is a city with a bit of something for everyone. Adding appeal to the destination, the hot summers and mild winters encourage visitors year-round.

Tourist traffic has risen over the last few decades in reaction to the city’s rehabilitation of travel infrastructure. There is a state-of-the-art international airport, a new motorway and an expansion of the city’s metro system. Athens is an anachronism; an ideal destination for those who wish to look into the past while staying comfortably put in the present. 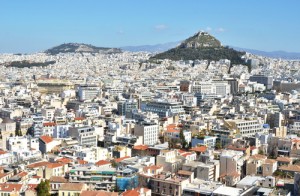 Having survived nearly 25 centuries, the Acropolis of Athens is where the heart of the ancient Greek spirit lives on today. On the rocky outcroppings overlooking the city stands one of the most recognizable monuments in the world. The Acropolis of Athens contains the most complete ancient Greek monumental complex still in existence. Several sought-after tourist destinations are housed in the complex, including the Parthenon and the Temple Athena. Built from limestone and marble, the Parthenon is an awe-inspiring marvel of ancient architecture. Travelers passing through the marble columns can easily conjure the image of the Parthenon in its original grandeur; as an elaborate shelter for an immense ivory and gold statue of the goddess Athena.

The highest point in Athens is the beautiful Mount Lycabettus. Visitors can hike to the top for a romantic sunset or to enjoy a serene picnic while taking in the best panoramic view of the city. Visitors who wish to experience the summit, but who require a break from walking, have the option of riding the funicular railway to the top. Stories suggest that Mount Lycabettus was created when the goddess Athena accidentally dropped a limestone mountain she was carrying on her way to the Acropolis.

Founded in the 1800s to protect Greek antiquities, the National Archaeological Museum of Athens is the largest museum in Greece and one of the greatest antiquities museums in the world. Visitors can leisurely explore over 8,000 square meters featuring nearly 11,000 exhibits. While exhibitions change periodically, visitors can always see the five permanent collections. Dedicated to education, the museum offers daily free admission to those under 18 and Students with identification. The museum grants visitors an expansive and timeless look into Greek history, culture and art. 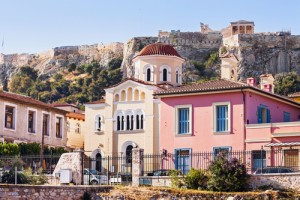 For an easygoing stroll with a charming village feel, head for the neighborhoods of Plaka and Anafiotka where narrow side-streets give way to cozy cafes and warm bars. Travelers won’t want to miss the picturesque, pastel-painted houses with bright shutters and flowering vines growing around the terraces. They will want to sit down, relax, meet the locals and sink their teeth into a Greek meal at one of the many famous Greek restaurants nearby. Located on one of the most archeological-rich areas of the city, Anafiotka is a tiny village down the hill from the Acropolis. Plaka sits just below Anafiotka and is a bit more populated. Explore these picturesque villages while winding your way to some of the most sweeping views of Athens.

For more information on Emirates and GTT Global, visit them online at www.gttglobal.com.