Cruise Through the Antrim Coast with North & Leisure | TravelResearchOnline

Cruise Through the Antrim Coast with North & Leisure

Posted on June 29th, 2017 by Simone Hasskew in Spotlight

The twenty mile stretch of the Antrim Coast is regarded as one of the most spectacular road trips in the country, and with it being so close to Belfast it is one of the best ways to spend a day on a vacation in Ireland. Though the Antrim Coast has long been known for its beauty, it has recently garnered exceptional amounts of attention due to the fact that the hit HBO television show Game of Thrones has primarily filmed in the area. For example Tollymore Forest Park, complete with not only grottos and caves, but exotic tree species and looming ancient giant Redwood and Monterey pine trees. Tollymore Forest Park even has old stone archways and structures, making it the perfect place to be considered the Haunted Forest in Game of Thrones. 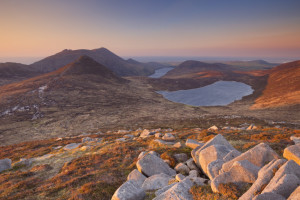 The Mourne Mountains are another Game of Thrones filming location located on the Antrim Coast, and was designated as the lands of North Winterfell. Its dramatic slopes and views were not just inspiring to the location scouts; C.S Lewis used the Mourne Mountains as inspiration for The Chronicles of Narnia. Castle Ward located in County Down, and the lands around it as well as the 16th century ruin that was used in filming as the Winterfell property and courtyard, is another location along the Antrim Coast that was beautiful long before Game of Thrones, and will remain so after. Stop through as you make your way down the Antrim Coast and stop in to see the Studio at Castle Ward, where you have the opportunity not only to view and purchase works of art from resident artists, but you can watch them create and work on pieces live! The opportunity to watch professional, talented artists create right before your eyes is more than enough to make a stop on your cruise down the Antrim Coast.

One of the most well-known features, and a must see on a trip down the coast in Northern Ireland, is the 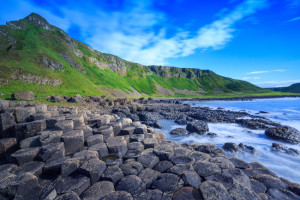 Giant’s Causeway. An area made up of roughly 40,000 interlocking basalt columns as the result of a volcanic eruption 50-60 million years ago, the Giant’s Causeway is also a UNESCO World Heritage Site as of 1986. The dramatic site of the polygonal-shaped basalt columns has inspired many a legend to cross the sea to Scotland. Some of the stones found in the area, due to years and years of weathering, are even seen as resembling objects. For example, the chimney stacks, which look to be exactly as they sound. Or giant’s boot, a smooth rock that has, over time, been shaped by the environment to resemble the boot of a giant. This goes along with the legend that the columns found at the Giant’s Causeway were indeed built by a giant! 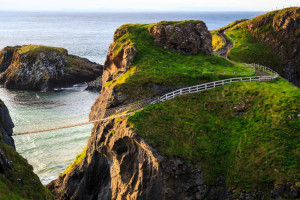 If you need a little more adventure than just taking in the scenery along your trip down the Antrim Coast, make sure to stop at the Carrick-a-Rede Rope Bridge, which links the mainland in Country Antrim to the small island of Carrickarede. Spanning 66ft. and 98ft. above the rocks below, it is an experience that will leave anyone who crosses it, which can be done for free, in awe of the imagery around them. The site, and its surrounding area, were dubbed an area of special scientific interest due to the unique flora and fauna, as well as the geology. The bridge may be thrilling, but the stunning views of Rathlin Island and Scotland are what really take your breath away when visiting the bridge.

To learn more about North & Leisure, you can visit them at www.northandleisure.com