Manchester, A Capital City of Culture

Posted on June 9th, 2017 by Paull Tickner in Agent Perspectives

The recent appalling terrorism atrocity in Manchester has inspired me to increase my efforts to heighten awareness of this user-friendly northern gateway which is more accessible than ever before with non-stop flights from Atlanta, Boston, Chicago, Newark, New York JFK, Philadelphia, San Francisco and Washington D.C 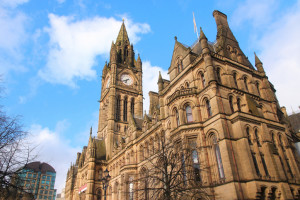 The region’s many and varied castles, stately homes, gardens and attractions can be converted into imaginative, customized tours for groups and independent travellers.

This time, I’m sharpening the focus on the city itself where you’ll discover rich pickings for culturally minded clients.  With over 6,500 hotel rooms to play with, you can also develop customised tours for Friends of visual and performing arts groups who are always on the look-out for high quality, value added travel experiences they’ve never seen before.

Manchester for the Visual Arts

The Manchester Art Gallery has an unrivalled collection of Pre-Raphaelite works while at The Lowry, gallery interpreters lead tours of the world’s largest collection of paintings and drawings by L S Lowry, best known for his urban landscapes peopled with human figures alternatively known as “matchstick men”.  There’s also a renowned collection of romantic landscapes by JMW Turner at the Whitworth Art Gallery.

Manchester for the Performing Arts

Looking like a space craft, the seven sided, three-tiered Royal Exchange Theatre stages some of the finest theatre performances outside London while the Palace Theatre and its sister theatre the Opera House host touring musicals, ballet and concerts. Productions at any of the 3 theatres and the Bridgewater Hall below, will bring your client’s UK tour to a memorable conclusion.

The Bridgewater Hall is Manchester’s international concert venue and stages over 250 performances a year including classical music, rock, pop, jazz, world music and is home to the Hallé, the BBC Philharmonic and Manchester Camerata.  Consider a lunchtime recital at the Royal Northern College of Music, a thriving international conservatoire that attracts gifted students, conductors and composers from all over the world.

84, Plymouth Grove is the beautifully restored home of the famous novelist Elizabeth Gaskell and the Neo-Classical Portico Library is where Peter Roget began to write his famous thesaurus. The John Rylands Library houses one of the world’s finest collections of rare books and manuscripts including the oldest known piece of the New Testament, the St John Fragment.

The Imperial War Museum North focuses on human conflicts and depicts their history, aftermaths and impact on people’s life through a vast set of objects – mainly from World War I to the present day.  A fascinating mix of science, industry and history makes The Museum of Science and Industry an exciting, interactive and educational day out for kids and adults alike!

Take a behind the scenes tour of the Manchester United Museum at Old Trafford, the world’s most iconic soccer stadium.  Discover the secrets of the Etihad Stadium, home to arch rivals Manchester City, the world’s fastest growing football club.  Explore the finest collection of football artefacts and archives at the National Football Museum, a must see for die-hard fans.

Share your thoughts on “Manchester, A Capital City of Culture”