Bask in the Beauty of Croatia | TravelResearchOnline

Bask in the Beauty of Croatia

Posted on August 15th, 2017 by Simone Hasskew in Outposts

Nestled between Southeast Europe, Central Europe, and the Mediterranean you will find Croatia, a sovereign state covering over 21,000 square miles of space. Due to its location, many factors influence the culture of Croatia; this makes it quite a unique destination to take a vacation. Thanks to G Adventures, the supplier sponsor for this article, make your Croatian vacation dreams a reality. 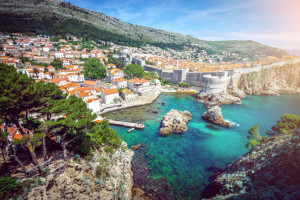 Panorama of old town of Dubrovnik in Croatia

Croatia is a unique place with much to offer any visitor or resident. Ranked as the 18th most popular tourist destination, Croatia’s international tourism is a large part of their revenue during summer. With the beauty that Croatia offers, this is not hard to believe.Dubrovnik is one of the most popular places in Croatia sought out to visit, and the city itself is actually a UNESCO World Heritage Site. The city boasts an array of old buildings that qualify it for the title. If you are visiting Croatia over the summer, do not miss the chance to see the Dubrovnik Summer Festival. Held every year, it is a luscious lineup of classical music, opera, theatre, and dance performances in more than 70 open air venues in Dubrovnik.

Zagreb, the capitol of Croatia, is another wonderful part of Croatia not to be missed on a trip, for it too offers culture, art, and entertainment to any visitor. Marshall Tito Square is one of the largest of its kind in Zagreb, and is sometimes even referred to as the most beautiful square in Zagreb; the majority of the buildings overlooking the square built in the late 19th century in an architectural style known as historicist. The Zagreb City Museum details the culture and history of the city in all forms: political, economical, and artistic. The findings in the museum even span from prehistory, so to learn a little more about Zagreb, and Croatia, do not miss it! 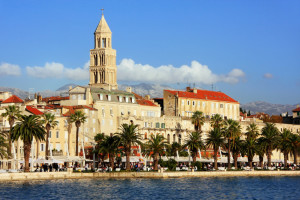 Split, the second largest city in Croatia, contains many museums, parks, and historic sites; this makes it a great spot to while visiting the area. The historic center of Split is listed as a UNESCO World Heritage Site, for Split is said to be one of the centres of Croatian culture. Diocletian’s Palace is one of the most historic spots found within Split. An ancient palace built for the Roman Emperor Diocletian, it is more fortress than palace for it takes up about half of the old city of Split; it is included as a UNESCO World Heritage Monument. The Palace is packed full of bars, shops, and restaurants as if the living heart of the city.

Share your thoughts on “Bask in the Beauty of Croatia”