Beer Culture in Belgium with VISITFLANDERS

Posted on August 1st, 2017 by Simone Hasskew in Outposts

Belgium has grown to be quite a hub for art and music, but has always been a location rich in Beer Culture. Between the vast amount of Belgian brews, the history behind it all, and how ingrained it is in everyday culture, Belgium is the place to be when it comes to beer. With over 1,600 original beers of a large variety, Belgium is a champion at the art of brewing.

The history of beer, and beer culture in Belgium, spans back quite some time. Brewing was initially considered a household task, making the first brewers women. During the middle ages, abbeys began to become knowledge centers for many agricultural related activities and art forms; brewing beer was one of these things. From this piece of history, we have Trappist Beer. Trappist Beer is brewed within the four walls of a Trappist monastery.  There are currently eleven monasteries that brew Trappist beer, and six of them are in Belgium. Belgium has produced more than just Trappist beer. With styles ranging from pilsners to amber beers, to stouts and geuze beers, Belgium knows beer. 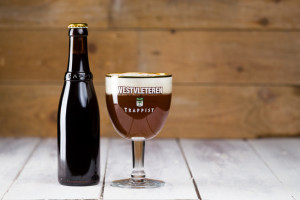 Westvleteren Trappist Beer XII 12 awarded best beer in the world since 2005. Brewed at the Abbey St-Sixtus by monks

Despite not one, but two huge wars in Belgium that devastated many, and wiped out quite a few breweries at the time, there are still presently over 150 active breweries in Belgium. The passing of trade secrets down the family line have also helped in creating a unique beer culture in Belgium. With there being so many different ways to brew a plethora of beers, using different ingredients and a passion for brewing so deep in the roots of the , it is no wonder that Belgium’s beer culture was recently awarded UNESCO World Heritage status. Not only is the history there to back it up, but the beer culture in Belgium extends beyond just brewing and drinking beer: it is also common to cook with. 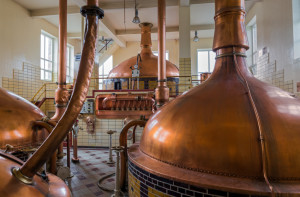 Beer culture and food go hand in hand in Belgium. It is not uncommon for dining options to include the best suited beer choice to compliment the meal. Belgium is home to 122 Michelin Star Restaurants, which is the highest number per capita in Europe. When each chef has their own style the options for a delicious meal are practically endless! With hospitality, quality, and passion are some of the main ingredients to the food in Belgium there is no arguing its place on the food map.

Beer culture is one of the backbones to the country of Belgium; its entire history is rich with beer as an art, as a profession, and as a way of life.

Share your thoughts on “Beer Culture in Belgium with VISITFLANDERS”