Posted on September 14th, 2017 by Simone Hasskew in Departures

Southeast Alaska, most notable for its breathtaking scenery, is best experienced on a small cruise ship. Spanning over 35,000 square miles, Southeast Alaska has many captivating areas to explore both on board and ashore. The greater maneuverability of a small ship allows for docking in areas inaccessible to large liners, giving you a front row seat to the most majestic wildlife and spectacular scenery in the world.

While in Juneau, the capital of Alaska, visit the majestic Mendenhall Glacier. At its widest point, this glacier is an impressive half a mile wide, with ice about 1,000 feet deep. Stop at the Mendenhall Glacier Visitor Center, where you can discover the mystery behind this magnificent geological phenomenon from an unobstructed vantage point. As the first U.S Forest Visitor Center built in the nation, it contains exhibits that explain the history of the glacier as well as how it has changed in present day. Further explore this towering glacier along one of its many nature trails and experience the breathtaking views of this impressive feat of nature. 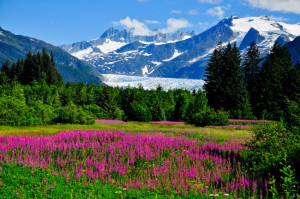 Known as the “Gateway to the Yukon,” Skagway was central to the Klondike Gold Rush of 1897. The restored town is true to its past with period architecture, performers, and old street cars to relive the experience of the frontier. Take a spectacular train ride on the White Pass and Yukon Route narrow gauge railroad into British Columbia, travel over the scenic Klondike Highway, and explore historic downtown Skagway’s attractions and shops.

The marine wilderness of Glacier Bay National Park and Preserve is like no place else on earth and includes magnificent glaciers, towering snow-capped mountains, abundant wildlife, and miles of pristine coastline. Standing as part of a bi-national UNESCO World Heritage Site, the area around Glacier Bay was named a national monument in 1925 thanks to President Calvin Coolidge. Spend the day viewing wildlife, including orcas, brown bears, and bald eagles, and come face-to-face with glaciers close enough to touch.

Located on Frederick Sound, Petersburg is a thriving fishing community with a strong Norwegian heritage. Petersburg’s location is in the heart of southeast Alaska, making it ideal for major industry commercial fishing.  Take a narrated dock walk through Petersburg’s boat harbors, or charter a fishing boat and spend an afternoon enjoying the scenic splendor of southeast Alaska while you cast a line for wild salmon. 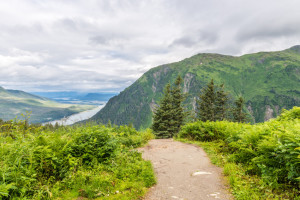 Located about 45 miles south of Juneau, Tracy Arm fjord is a “must see.” You will be impressed and inspired by its beauty and grandeur as you cruise under the 1,500 foot high vertical cliffs. Witness hundreds of waterfalls cascading down and observe seals lounging on small ice floes. As you approach the mile wide South Sawyer Glacier, listen for the sound of calving. Experience the thrill, as pieces of ice ranging from the size of a small car to a house fall off the face and hit the water with a thunderous roar.

Southeast Alaska should be next on your vacation list.

To learn more about the Alaska offerings from American Cruise Lines , you can visit them at www.americancruiselines.com

Share your thoughts on “Glaciers Galore in Southeast Alaska”