Saving Wildlife: What’s In It For Humans? | TravelResearchOnline

Saving Wildlife: What’s In It For Humans?

Posted on September 20th, 2017 by Jane Behrend in Point-to-Point

“Saving wild places through travel” is our vision statement at Emerging Destinations. A recent article that we came across channels that philosophy and we wanted to share.

Why should people care about wildlife? BBC poses that critical question in an article by Michael Marshall on the British news service’s global website — What is the Point of Saving Endangered Species?

Although the story uses wolves and mountain gorillas as classic examples of animals on the verge of extinction, many other plants and animals are in the same boat, including many species found in Patagonia (such as Pumas).  “On the face of it, there are plenty of reasons why we shouldn’t bother to save endangered species,” writes Marshall. “The most obvious is the staggering cost involved. One study in 2012 estimated that it would cost $76 billion (£49 billion) a year to preserve threatened land animals.” 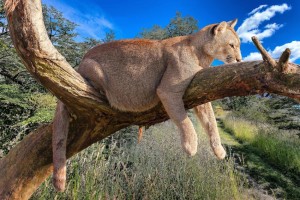 He goes on to detail how species are now going extinct faster than ever before — a hundredfold increase over the last century — and how humans are to blame. Some of the reasons people give for preserving plant and animal species is that we simply like nature or they may be of some medical or commercial benefit at some point in the future.

But Marshall argues that the most compelling reason is ecosystem services — how flora and fauna benefit human life just by being there.

“Some of these services are obvious,” says Marshall. “For instance, there are plants and animals that we eat. Meanwhile, photosynthetic plankton in the sea, and green plants, provide us with the oxygen we breathe . . . 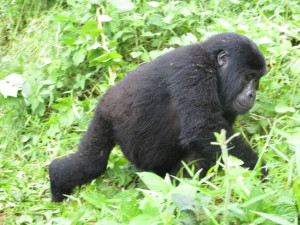 A gorilla in Bwindi Impenetrable Forest. Photo by Jane Behrend

“But sometimes the services provided can be more subtle. Pollinating insects like bumblebees are an obvious example. Many of our crop plants rely on these insects to produce seeds, and would not survive – let alone provide us with food – without them.”

Marshall definitely gets his point across. There are many compelling reasons for saving endangered species, not the least of which is ensuring the survival of our own.

Share your thoughts on “Saving Wildlife: What’s In It For Humans?”