Posted on October 18th, 2017 by Jane Behrend in Point-to-Point

I’ve just returned from visiting Torres del Paine National Park in the south of Chile.  This was my 4th trip to the area and I was able to spend 5 nights there.  In addition to hiking and seeing Puma in the wild, seeing the hiking Refugios owned by Fantastico Sur, I got to spend a lot of time learning about what it takes to take private land and make it a conservancy or a reserva as they call it there. This is a great example of how tourism is saving wild places.

Just about everyone who visits Hotel Las Torres knows the rustic, family-run lodge is inside Torres del Paine National Park. But what a lot of people don’t realize is that the hotel is also part of the Estancia Cerro Paine, a historic ranch owned and operated by the same family that’s also part of the national park.

For years, the estancia has been transitioning from a working cattle ranch to an adventure tourism destination. In 2013 all cattle was removed from the private territory in order to focus on sustainable tourism, a fact that was recognized earlier this year when the name was officially changed to Reserve Cerro Paine.

Family patriarch Antonio Kusanovic Jr purchased the ranch from its previous owners in 1979. Spread around the southern and eastern edge of the Paine Massif, the 4,400-hectare (10,800-acre) spread was incorporated into the new Torres del Paine National Park and remains the only private property inside the park’s boundaries.

Marked as “Terreno Privado” on park maps, the ranch sprawls between Lake Nordernskjöld in the south, the Rio Paine in the east and Lago Paine in the north. Over the years, Cerro Paine and the Kusanovic have played integral roles in developing Torres del Paine tourism and outdoor recreation infrastructure. 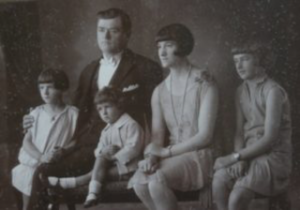 A significant part of the “W” Trail and almost a quarter of the “O” Circuit trail traverse Cerro Paine. Serón Camp, Chileno Camp and the refugio and campground at Los Cuernos are also located on the ranch.

The estancia was founded in 1920 by the Vader family, who reared and grazed sheep in the shadow of the Torres towers. They built a stout ranch house that came to be called the Casa de Piedra (“House of Stone”), used nowadays as the dining room for Hotel las Torres.

Other relics of the ranch’s pioneer era are scattered around the grounds including a sheep bath (constructed in 1930), plows and other antique farm implements, and an old boiler once used to power the motors that ran the sheep-shearing, the scales that weighed the wool bales, and a hoist used to move the bales onto trucks for transport to the wharf at Puerto Natales.

The Ñirre building was once the sheep shed, where shearing and health checks took place. Named after a local beech tree (Nothofagus antarctica), the wooden structure also served as a winter storehouse for animal feed.

In 1992, the Ñirre was converted into the reception area of the new Hotel Las Torres. A year later it was refurbished once again, this time into guest rooms and the hotel’s original spa. The spa later relocated to the second old ranch house, built in 1991 by the Kusanovic family. Before or after your treatment, be sure to notice that many of the building’s original features — including the natural stone floors and iron spiral staircase — have been meticulously preserved.

Cerro Paine’s organic garden is another old timer, started in the 1920s to supplement the Vader family diet and later expanded by the Kusanovic clan. The poplar trees serve as a windbreak for the rhubarb, raspberries, strawberries, blackcurrants, plums, apples, carrots, garlic, cabbage and cauliflower that thrive in the rich Patagonia soil. Greenhouses nurture temperature-sensitive plants like tomatoes, cucumbers, chard and herbs.

Long gone are the sheep that roamed the estancia during the Vader era and the 600 cattle that grazed the ranch’s pampas during the early Kusanovic days. Cerro Paine is now totally dedicated to tourism and nature, a major player in both the preservation of Torres del Paine as a national park and the exposure of its many wonders to more visitors from around the world. The ranch’s 160 horses are the only livestock that remain, and they are only for the enjoyment of those who wish to explore Torres del Paine in the saddle rather than on foot.