A Whodunnit of Detectives | TravelResearchOnline

A Whodunnit of Detectives

Posted on November 17th, 2017 by Paull Tickner in Agent Perspectives

I don’t know what the collective word is for a group of detectives, but I’m throwing my hat in the ring with this definition. Many of you will instantly recognise the images in this column because many of your clients may have organised their social calendar just to watch next week’s episode of Inspector Morse, Lewis, Poirot, Miss Marple or Foyles War to name just five of the popular British TV series screened on PBS in the past few years.

When imaginatively blended with our castles, stately homes, privately owned gardens, cathedrals, pubs and tea rooms, they and their counterparts can be converted into money making, customised UK tours.

Most of these great detectives and their TV series are conveniently located within easy striking distance of London and work best as 2-3 night programmes, topped and tailed with a few days in our capital city. As they are also close to Southampton, Dover and Harwich, you can confidently offer them as tailor made pre/post cruise extensions to frequent UK travellers. 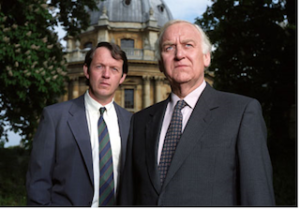 With Oxford less than 90 minutes north of Southampton and about the same from London, it makes a great hub for a customised pre/post cruise extension. It’s also famous as the location for the filming of Morse, Lewis and Endeavour. With touches of Sir Arthur Conan Doyle, Miss Marple and Midsomer Murders on the way and visits to either magnificent Blenheim Place or treasure-filled Waddesdon Manor, this tour ticks all the boxes.

The Sport of Queens

Here’s another idea for a pre/post cruise add-on, this time for Harwich arrivals/departures. Based near the university city of Cambridge, it spends a day discovering Newmarket, the birthplace and home of horse racing and inspiration for many of Dick Francis’ best-selling novels, and visits Grantchester, location for the popular TV series of the same name, home to the inquisitive vicar Sydney Chambers and the gruff, down-to-earth police inspector Geordie Keating.

Agatha Raisin and Father Brown are two more popular TV characters and both are associated with the Cotswolds. Chipping Campden, Broadway and Stow on the Wold clearly feature in M C Beaton’s popular novels and Father Brown is filmed in the village where she lives. Turn fiction into on location reality with visits to one or two of her favourite pubs, tea rooms and pubs. This also works as a pre or post cruise add-on for Southampton arrivals/departures. 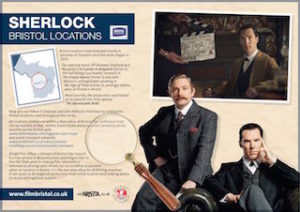 To get the best out of a Sherlock Holmes tour, you need spend a couple of days visiting London locations used in the many different adaptations before travelling to Portsmouth where you’ll find the Sir Arthur Conan Doyle Collection in the ‘Study in Sherlock’ exhibtion.  Heading for Salisbury, pause at the 12th century St Peter’s Church, Minstead where Sir Arthur is buried before reaching Bristol where they’ve created a tour that reveals the locations used in the recent BBC Sherlock series starring Benedict Cumberbatch. London, Portsmouth, Salisbury, Bath, Bristol, Oxford and back to London – don’t you feel a tour coming on?

Another notable addition to the list of Great Detectives is the unflappable Inspector Barnaby, star of the corpse strewn TV series Midsomer Murders. Filmed extensively in the otherwise peaceful county of Buckinghamshire, just north of London, take an on location tour of some of the real-life towns and villages used in the series. 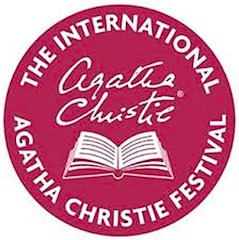 As your clients, yourself included perhaps will have read many of Agatha Christie’s novels, let’s talk about a customised tour to the English Riviera. A 3-night programme will include a visit to her former home at Greenway and many of the other places that inspired the Poirot and Miss Marple (Joan Hickson’s my favourite) novels created by the Queen of Crimewriters. Expand the interest by adding visits to locations used in the filming of Poldark and Doc Martin even though they’ve nothing to do with the murder mystery theme! There will be a one-day Agatha Christie Festival in Torquay on Saturday 15th September next year.

If this has fired your imagination, this all-embracing itinerary brings together Sherlock Holmes, Inspector Morse, Midsomer Murders, Agatha Raisin, Father Brown and offers a 2-night extension to the English Riviera, the former home of Agatha Christie. Email me for details.

Rub Shoulders With The Authors

For real fans wanting to rub shoulders with some of their favourite writers, I can thoroughly recommend two outstanding, annual literary festivals. Crimefest takes place in Bristol (17th-20th May) followed by the Theakstons Old Peculiar Crime Writing Festival in Harrogate (19th-22nd July).