Posted on November 22nd, 2017 by Kevin Wang in Point-to-Point

ASTA has been a reliable source of research on the travel agency industry for many decades. We collect, collate and analyze data that is not available anywhere else on agency operations from agency business models to revenue sources. Our data can be used to pinpoint agency trends, compare and contrast agency operations, and develop marketing tactics.

Part of the American Society of Travel Agents’ (ASTA) wide-ranging benchmark reporting program, the upcoming 2017 ASTA Travel Agency GDS Usage report provides some trends and information regarding the U.S. travel agency industry’s use of GDS (global distribution system) tools through a fraction of ASTA agency members that participate in a survey research panel. The hard-to-obtain information is valuable especially during the times that the GDS’s continue to face fierce competition from various channels and sources of travel bookings that can be done outside the traditional GDS channel.

Reasons for Selecting a GDS and Not Using One

According to ASTA’s 2017 travel agency GDS usage benchmarking survey, the owners and managers of those ASTA member agencies that use a GDS cited that functionality (79%), air content (68%) and technical support (46%) are the primary reasons when selecting a GDS, followed by financial incentives (41%), access to internet fares (27%), GDS non-air content (25%) and training (25%). 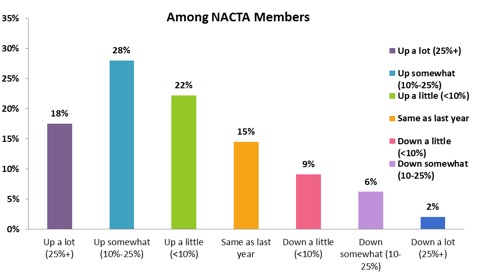 However, for those agencies that do not currently use a GDS, cost and no need of using a GDS are often mentioned as the primary reasons for not using a GDS, followed by not easy enough to use and functionality issues. Furthermore, tour operators (88%), supplier websites (78%), wholesalers (57%) and consolidators (53%) are the primary non-GDS channels that they book travel from outside the GDS’s.

Length and Satisfaction of GDS Usage

The good news is that on average GDS users have been using their primary GDS’s for over 21 years, with 97% of those agencies remaining with the same primary GDS over the years which shows a very high level of loyalty. For the length of current GDS users’ existing GDS contracts, three-year contracts (36%) appear to be the most popular option. 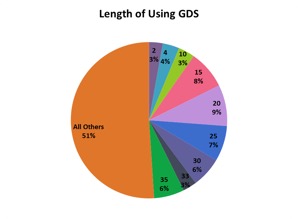 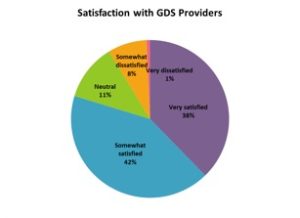 Take a look at what we have to offer, which ranges from labor issues to GDS usage to financial benchmarking, at ASTA.org/ResearchReports. And don’t forget that ASTA membership includes preferential pricing for these reports, and in some cases complimentary access. Support your national trade association and join ASTA today!

Kevin brings to ASTA over 20 years of professional experience with over 15 years in the travel and tourism industry, including at the U.S. Travel Association and Choice Hotels International, where he frequently shared research insights and information at conferences and seminars with his expertise in managing quantitative and qualitative research studies, projects and programs.