What Are You Waiting For? Take a Hike! | TravelResearchOnline

What Are You Waiting For? Take a Hike!

Posted on November 15th, 2017 by Jane Behrend in Point-to-Point

Are you one of those people who think that hiking is just for the wimps who can’t hack a full-blown gym workout? Think again. Because studies show that hiking not only keeps you physically fit, but also mentally sharp. But there is a pretty big caveat.

Several recent trending articles discuss research by a gaggle of different doctors who all came to the same conclusion — that the cheapest and most accessible form of exercise (hiking) is good for us in more ways than just helping to stave off those extra pounds.

But . . . and this is a pretty big but . . . hiking in nature rather than urban environments is the key to receiving many of these benefits. 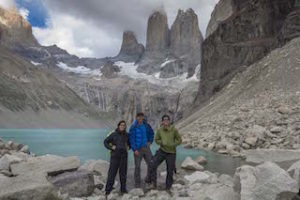 According to a study by fellows of Stanford Woods Institute for the Environment published in Proceedings for the National Academy of Sciences, being active outdoors reduces negative thoughts and anxiety.

However, the study found that individuals who walk in urban environments don’t experience the same degree of reduced neural activity in the subgenual prefortal cortex as those that walked for about 90 minutes in the great outdoors.

The study determined that participants who went on a 90-min walk through a natural environment reported lower levels of rumination and reduced neural activity in an area of the brain linked to risk for mental illness, compared with those who walked through an urban environment.

Another study by psychologists Ruth Ann Atchley and David L Straye found that if you don’t take your phone or any other technology with you on a hike, the quiet time enhances creativity and problem-solving skills significantly.

Participants who backpacked for four days without any tech devices showed an astounding 50% increase in problem-solving abilities. The study found that urban noise stifles human creativity and prevents us from focusing.

It therefore tracks (pun intended) that a study by Frances E Kup and Andrea Faber Taylor determined that engaging in green outdoor activities greatly reduces ADHD symptoms in children — without the prescription drug side effects.

Added to that is research conducted by scientists at the University of British Columbia that concluded that aerobic exercise boosts hippocampal volume, the section of the brain associated with episodic and spatial memory. In other words, aerobic exercise can reduce and prevent memory loss while reducing anxiety and stress, boosting the release of endorphins and enhancing self-esteem.

In addition to making your smarter, happier and helping to prevent memory loss, most people burn between 400-700 calories per hour while hiking. Walking is easier on your joints than running. And people who exercise outdoors tend to stick to their exercise regime a lot longer than those who exercise indoors.

So what are you waiting for? Slather on that sunscreen, lace up those shoes, fill up that reusable water bottle and take a hike. And if you’re really amped about what hiking can do for your mental and physical well-being, contact Fantástico Sur about trekking the legendary “W” Trail in Patagonia or do the W in Comfort Program and sleep at the wilderness lodge Hotel Las Torres!

Share your thoughts on “What Are You Waiting For? Take a Hike!”