Posted on December 15th, 2017 by Paull Tickner in Agent Perspectives

With the Wave Season just around the corner, here are a few suggestions for pre or post cruise extensions that will increase the profit from Southampton, Dover or Harwich arriving/departing cruises you may be arranging for your clients.

The first and second timers among them will want to spend more time discovering London, but there will be plenty of others for whom a few days in the English countryside will be of real interest. Invest some time in creating a list of anglophile customers and having sold them the cruise that ticks all their boxes, increase your profits by offering them a tailor made add on that achieves the same result.

Some suggestions for you to think about include: 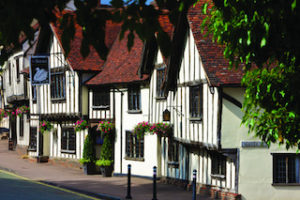 For frequent UK travellers, invite them to discover privately owned castles and stately homes and gardens in the Cotswolds, one of the loveliest corners of England. With a pause in Oxford, access from LHR is dead easy and the journey to Southampton includes visits to the new Stonehenge and Salisbury Cathedral. I lived in the Chipping Campden for several years and that knowledge will result in my creating of very appealing itineraries which can be tailored to meet your customer’s interest, time frame and budget. The pubs in the itinerary will be my own personal recommendations!

It’s As Easy As ABC

Jane Austen, the Bard and the Cotswolds provide the frame work for a different look at the cities of Bath, Stratford and the heart of England. Served up with some flair and imagination (and at the right price) you have a commission-generating ABC tour of England. Also included is a journey through time at Stonehenge and Old Sarum, some ancient coaching inns and living history experiences at the Shakespeare Houses.

The Bulldog and the Bard

The Bulldog (Churchill and Blenheim Palace) and the Bard (Shakespeare and Stratford upon Avon) are the foundations for a tour that includes some of the Cotswolds’ famous villages and market towns. The final choice of stately homes and gardens will be determined by your date of travel so that you’ll see the best when at their peak for colour and fragrance. 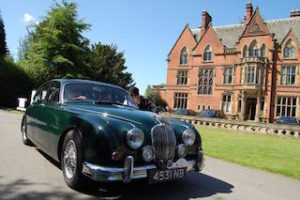 If any of your clients own a Jaguar, the odds are that they are members of a Jaguar owners club. If any of them are taking a cruise that sails in or out of Southampton, Dover or Harwich, they may well be seriously interested in the unique behind the scenes experience at the Jaguar factory near Stratford upon Avon that shows how the iconic cars are brought to life.  Add in visits to other gleaming collections of Jaguars, sports and racing cars and the National Motor Museum (on Southampton’s doorstep) and you’ll be onto a winner.

To help you generate serious interest in this tour, I’ve taken the iconic words Cotswolds, Bath and Stonehenge and added to it others like Highgrove, Glastonbury Abbey, Old Sarum and Choral Evensong in Salisbury Cathedral. The end result? A fabulous 4-night itinerary that will captivate clients who are looking for a closer look at their old friend England.

Highways and Byways of Olde England 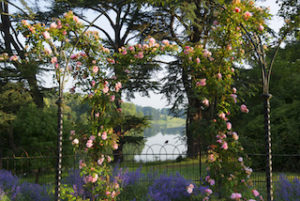 For a genuine living history encounter with Olde England when cruising in and out of the east coast port of Harwich, this 4 nighter will more than do the trick. It includes leisurely paced visits to treasure filled stately homes, time to stroll around some stunning gardens, 2 cathedrals, ancient pubs and cosy tearooms, a Dick Francis-themed walking tour, American World War II connections and some of the prettiest villages in England. This one’s hard to resist.