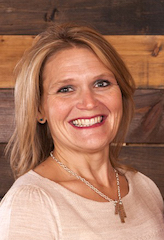 Tava Foster is the Travel Advisor and Tour Manager for Ramblers, a walking and hiking tour company based in the US that specializes in tours in the UK and Ireland. With a Bachelor’s degree in Communication and a Master’s degree in TV/Video Production, Tava currently oversees the sales, marketing, and tour management for Ramblers as well as New Adventures; New Adventures is part of the Kendelo Travel Family, along side Ramblers. Tava Foster has been a traveler at heart since she was young, and is thrilled to share her love and passion for active tourism with clients. To learn more about Ramblers and Tava Foster, continue reading on.

END_OF_DOCUMENT_TOKEN_TO_BE_REPLACED

Travel Agent Diaries – The story of who we are
by Richard Earls
December 17, 2017

Every now and then I decide I need a new project, something to do in all of my spare time.  So I have a new project and, again, I’m inviting the travel professional community along for the ride.

TRO is putting together an anthology of travel agent stories for hard-cover print publication. We are looking to highlight the role of the travel professional and the role they play in the lives of their clients. These stories can be humorous or humanitarian, tales of terror or trial. Have you been a hero for a client? Have you had a client be a hero for you? What stories stand out in your career? What special trips have you orchestrated? What about travel have you seen change your life, your family’s life, the lives of clients? END_OF_DOCUMENT_TOKEN_TO_BE_REPLACED

Pick A Target Before Giving It Your Best Shot
by Mike Marchev
December 15, 2017

Here is another lesson via the PGA…the Professional Golfer’s Association. I think you will connect with the message.

The subject: Luke Donald, professional golfer. Back from a wrist problem and recent surgery.

The scene: Luke Donald was playing alone with his caddie and his coach in a practice round.

This was a “practice” round.

END_OF_DOCUMENT_TOKEN_TO_BE_REPLACED

With the Wave Season just around the corner, here are a few suggestions for pre or post cruise extensions that will increase the profit from Southampton, Dover or Harwich arriving/departing cruises you may be arranging for your clients.

The first and second timers among them will want to spend more time discovering London, but there will be plenty of others for whom a few days in the English countryside will be of real interest. Invest some time in creating a list of anglophile customers and having sold them the cruise that ticks all their boxes, increase your profits by offering them a tailor made add on that achieves the same result.

END_OF_DOCUMENT_TOKEN_TO_BE_REPLACED

We are in the midst of Hanukkah right now, and Christmas is only a few days away. You might get a last minute call from a client wanting a cruise for the holidays this year, but this isn’t the time to actually market 2017 holiday sailings. However, this is a great time to start marketing to clients about booking their cruises for Hanukkah or Christmas 2018 or even 2019 (some cruise lines have already released their 2019-2020 itineraries for booking).

END_OF_DOCUMENT_TOKEN_TO_BE_REPLACED 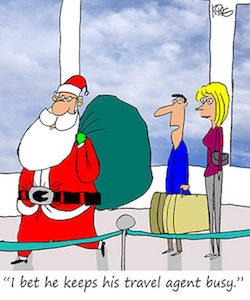 Currently, there are more than 20 ships operating Douro River Cruises, and that number is growing. See our story, Six Reasons Why You Should Do A Douro River Cruise Now. No wonder the Douro’s popularity is soaring. The Douro is a great destination for those wanting to explore Portugal’s natural beauty, its delectable food and wine, and the country’s warm and friendly people.

END_OF_DOCUMENT_TOKEN_TO_BE_REPLACED

The Secret of the Wealthy Travel Agent
by Dan Chappelle
December 14, 2017

Since 2016, luxury cruise capacity increased by 45%. In two more years, it will have more than doubled. Brands in the luxury tour and hotel segments are also increasing their offerings at a record pace to meet a growing demand. Yet, according to a survey conducted by a leading travel industry weekly publication, agency focus on selling luxury sales is DOWN 5%! Traditional agencies, over $10 million in sales, are down a whopping 9%!

END_OF_DOCUMENT_TOKEN_TO_BE_REPLACED

Another Long Shot Beats The Odds
by Mike Marchev

This is a true story. “Mine-That-Bird” was the name of the nag who left the gates at 50 -1 odds…and won The Kentucky Derby. Apparently, nobody told him or his jockey that 50 – 1 was just another way of labeling the beast a “loser.” “Mine-That-Bird” was not meant to win. He was meant to lose. He won.

How many of you reading this today are not feeling like “winners” at the moment?

END_OF_DOCUMENT_TOKEN_TO_BE_REPLACED

Tom Rush was his name, and he was famous for playing the Cambridge, Massachusetts coffee houses back when long hair on gentlemen was considered vogue.

Not to bore you with the specifics, but we both thoroughly enjoyed the experience and we meandered back stage to say “hi” to Little Tommy Rush after the concert. Upon learning that he had an instructional DVD available, I became yet another “customer.”

END_OF_DOCUMENT_TOKEN_TO_BE_REPLACED

Are you sitting at work in your PJ’s today? There actually is  a “National Wear Your Pajamas to Work Day”! I stumbled upon the official website and it says that originally the “National Wear Your Pajamas to Work Day” was always the day after taxes are due in the United States. Working from home, we are fortunate to have the luxury of celebrating this awesome day any day of the year that we want. This freedom of choice of wardrobe does not stop at working at home in your pajamas, it extends to every aspect of your business.

END_OF_DOCUMENT_TOKEN_TO_BE_REPLACED

Whiskey For My Men; Beer For My Horses
by Mike Marchev
December 12, 2017

Some of you might recognize this as the title of a Toby Keith song. It leads me to the first of three nuggets I would like to share with you today.

MESSAGE: Think Headlines. Give this element of your communication ample time and thought. They are important.

END_OF_DOCUMENT_TOKEN_TO_BE_REPLACED

Customer Service Still Has a Place
by Mike Marchev

A while back I was doing a little web “surfing” when I came across a major travel industry conference, and I began to snoop around.

This event really looked cool, and I thought I would spend a few days down at the convention center to learn what I could learn…and to see whom I could see. After all, I guess after 30 years it might not be a bad idea to let a few people in the industry know that I am still alive and capable of fogging a mirror with the best of them.

But, that is not the purpose of my writing today.

END_OF_DOCUMENT_TOKEN_TO_BE_REPLACED

And now…time for a nap
by John Frenaye

In this “go, go, go” world we live in, it is important to take some time for yourself. Forever (it seems) teachers and professors have been able to take sabbaticals to refresh and renew. They take their time off and relax, and re-educate themselves to be the best they can be for their students when they return. Unfortunately, in our industry few of us have back up agents to carry us for many months; and those that do likely don’t have the cash flow to support that time off. So here’s what we do.

END_OF_DOCUMENT_TOKEN_TO_BE_REPLACED

When cruise lines make a change, like introducing a new type of cruise fare or changing their group policy, etc. it’s not easy to predict how the change will be received. Four months ago Royal Caribbean changed their onboard rebooking policy (link to previous article:  https://www.travelresearchonline.com/blog/index.php/2017/08/keeping-up-with-onboard-future-bookings/). In a nutshell, they did away with the $100 per person reduced deposit, and the only onboard credit offer is now tied to the new nonrefundable deposit cruise fare.

My educated guess was that this may have been a result of passengers taking advantage of the previous low deposit amount, and booking multiple cruises only to cancel the bulk of them right before final payment. If you can’t decide which cruise you want, or don’t know if your vacation request will be approved, why not hedge your bets? You had nothing to lose since the deposits were refundable. However it was a pain for the cruise lines, with cancelled bookings dumping back into inventory.

END_OF_DOCUMENT_TOKEN_TO_BE_REPLACED 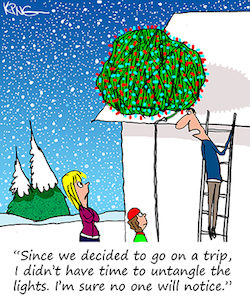 Are We Having Fun Yet?
by Mike Marchev

It is my personal opinion that “it doesn’t suck being me.” I feel this way because I have come to learn and appreciate that my numerous failures were just temporary set-backs. In fact and in truth, they all played pivotal roles in my development over the years. (And I have more than my share of goof-ups.)

“Failure is in a sense, the highway to success, inasmuch as every discovery of what is false leads us to seek earnestly after what is true.” – John Keats

END_OF_DOCUMENT_TOKEN_TO_BE_REPLACED

This may come as a shock to some of you, but I do become upset at times. It usually comes as a result of running into a buffoon of some sort, shape, size or gender. And it has come to my attention over the last couple of years that our world has its fair share of them.

Labeling a person as a “buffoon” is my personal observation, and is based on my own interpretation. You should not endorse my list until you concur by your own set of standards.

END_OF_DOCUMENT_TOKEN_TO_BE_REPLACED 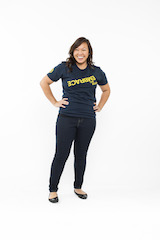 Jennifer Stevens is the U.S Senior Trade Marketing Specialist for small-group based tour company G Adventures. With G Adventures Jennifer not only oversees trade media partnerships and agent campaigns, but has also worked hard for the last six years to cultivate relationships with top preferred agencies and consortium accounts. G Adventures’ is currently on the search for agents for the 2018 Ambassadors of Change program, something Jennifer is very excited to talk about. A native Rhode Islander, she has had the opportunity to travel to an array of different locations around the globe. Read on to learn more about G Adventures, Jennifer, and their incredible Ambassadors for Change Program. END_OF_DOCUMENT_TOKEN_TO_BE_REPLACED

Discover Croatia with Via Tours
by Simone Hasskew

For a unique Croatian experience, look no further than Via Tours Croatia. Their mission is to offer exclusive experiences away from the public eye that are preserved for the most discerning travelers to discover the authentic way of life in Croatia and Eastern Europe. Via Tours is the local link to all the best Croatia has to offer.