Invite Them Back
by Mike Marchev
December 6, 2017

2017 is almost a done deal. What better time to share a past holiday observation?

The scene: I was having lunch with my wife Barbara when we heard a commotion at the table behind us. It seemed like the fellow in charge of paying the bill decided that his wait for the salad was not worth the salad. The waitress turned things over to her manager once the patron’s voice raised to the same pitch used when hailing a cab in New York City. She tried in vain to satisfy the guy.

END_OF_DOCUMENT_TOKEN_TO_BE_REPLACED

Using ShoreTrips for interior cities is something many travel consultants never think about. Our traveling staff is constantly visiting those special destinations that never see a cruise ship! Here are some of our favorites, along with one or two of our Must-Do excursions. How do we know you MUST try these?  Because we are still talking about them years later!

END_OF_DOCUMENT_TOKEN_TO_BE_REPLACED

The coastal South African city of Cape Town is a breathtaking destination complete with a rich blend of cuisines, and no shortage of activities and heritage sites. Capital of the Western Cape province, Cape Town should be next on your travels list. With an array of flight options thanks to South African Airways, the supplier sponsor of this article, a trip to Cape Town is within your reach.

END_OF_DOCUMENT_TOKEN_TO_BE_REPLACED

Explore the Temples of Beijing with Stunning China
by Simone Hasskew

If you are looking for a city bountiful with history, independence, and excitement look no further than Beijing. Beijing has many a popular site to explore, with temples and palaces that will leave any visitor wanting to learn more about the city. Thanks to Stunning China, the supplier sponsor for this article, you won’t have to miss any of what Beijing has to offer.

END_OF_DOCUMENT_TOKEN_TO_BE_REPLACED

Don’t Skimp On The Important Things…Like The Toilet Paper!
by Mike Marchev

Short Version: Be very careful where you choose to cut costs. Your customers are paying close attention, and some things (like toilet paper) need to work as designed.

Expanded Version: You are probably conscientiously examining your costs as you approach another new year. 2018 is looming large and once again it is imperative that you get a handle on the cost of you doing business.

END_OF_DOCUMENT_TOKEN_TO_BE_REPLACED

Have You Ever Heard of Nordstroms?
by Mike Marchev
December 4, 2017

I love my books. I can remember not long ago when I hated to read books. (Thirty years ago.)

Most people, regardless of their age, still don’t like to read. And if they do, they spend their time reading fiction, which is simply and simply entertaining. Me? I like to read business books. They make me think.

END_OF_DOCUMENT_TOKEN_TO_BE_REPLACED

Once upon a time, people were loyal to brands! They identified a brand that provided quality and was built to last. Once found, they were loyal for life.

Then things changed. After WWII, quality seemed to improve across the board as technology began to take hold. In order to secure brand loyalty, we began to see jingles, contests, and product placements. Brands did what they needed to do secure their position in the market.

Then things changed again. Quality was irrelevant—it was all similar and people began to ignore the brand because the same product with the same quality was available at (quite literally) their fingertips. Yes, today, it is true—you can buy anything you want online at the lowest price and have it delivered to you in some places in a matter of minutes.

That sucks for us doesn’t it? Maybe not! END_OF_DOCUMENT_TOKEN_TO_BE_REPLACED

Conducting a SWOT Analysis for your Travel Agency
by Richard Earls
December 3, 2017

Now is a good time to keep a promise to yourself and conduct a SWOT analysis for your travel business.  The SWOT acronym indicates Strengths, Weaknesses, Opportunities, and Threats. The traditional SWOT looks at Strengths and Weaknesses of a business (internal factors) and tries to thereby ascertain the relationship with Opportunities and Threats (factors external to the agency). Doing an annual SWOT analysis is a good pre-requisite to a marketing plan and assists with developing the appropriate goals for your travel practice. One of the most important aspects of a SWOT analysis for travel agencies is very simply the act of planning: the analysis makes you take a good look at your positioning in the market.  Each component of the SWOT analysis bears a relationship to the others. Each of your strengths will give rise to opportunities or the capacity to exploit an opportunity. Likewise, your strengths allow your travel practice to better confront the threats on the horizon or compensate for weaknesses.

END_OF_DOCUMENT_TOKEN_TO_BE_REPLACED

Six Reasons Why You Should Do A Douro River Cruise Now
by Ralph Grizzle
December 1, 2017

Yes, you should do a Douro River Cruise. As soon as possible. Why the urgency? Because the Douro is still relatively undiscovered. That’s changing, though.

“In 2017, we hope to achieve more than 1 million passengers on the Douro river,” says Helena Gomes Fernandes, marketing manager for the Port Authority of Douro, Leixoes and Viana do Castelo. Don’t panic. Not all of those are passengers on overnight Douro River cruises. The vast majority are on one-day river cruises, sight-seeing cruises more or less. Hotel-style river cruisers, in comparison, carried only a little more than 63,000 guests in 2016. That’s up considerably, however, from 2012, when river ships carried only 28,000 passengers on weeklong voyages. In 2018, more than two dozen river cruisers will ply the Douro on weeklong cruises between Porto and Barca d’Alva, a distance of about 240 miles roundtrip. Indeed, interest in the Douro is surging. So get your game on and get yourself to the Douro while the river is still relatively quiet.

END_OF_DOCUMENT_TOKEN_TO_BE_REPLACED

When New Policies Don’t Have Fanfare
by Susan Schaefer

I’m always suspicious when a new policy is rolled out by a cruise line, and it seems to just fly under the radar. Royal Caribbean recently rolled out new group policies to coincide with the new 2019-20 itineraries that are coming out. The deployment information is getting a lot of coverage and fanfare. But the new group policy, not so much, which has me concerned. Is this because they expect their travel agent partners aren’t going to like it when they finally learn about it?

END_OF_DOCUMENT_TOKEN_TO_BE_REPLACED 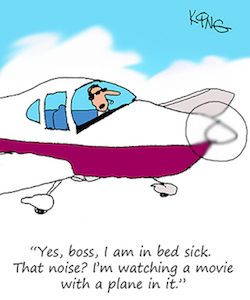 Setting The Stage Is a Good Idea
by Mike Marchev

I spotted the following in a popular e-zine I like to read.

Word count for this issue: 888

Why bother spelling out the length of an article you ask? There is a very good reason for doing this. It is a small courtesy that supports one of my sales lessons which implies that it is smart to let people know what they are in for.

END_OF_DOCUMENT_TOKEN_TO_BE_REPLACED

With the train taking the strain out of the journey, a very frequent and fast service puts the great heritage city of York just under 2 hours north of London.  If you want to miss the crowds at London Heathrow and the weekday, traffic jam crawling into our capital city, take one of the growing number of non-stop flights into the northern gateway of Manchester.  There are frequent trains from the airport and the journey time is just over 90 minutes.  Fly into Manchester and out of London?  Makes good sense to me.

Read on and discover why York makes a great base for anyone looking for a travel less, see more programme that’s packed with interesting things to do, year round!