One morning my wife Barbara called my attention to a particular article. She is aware of the type of information I enjoy sharing with my readers, and thought this article would be of interest.

Today’s message involves the singular practice of “asking,” and then, “pausing and waiting” to see what comes from your effort. Sometimes, simply asking for what you want hits a “home run.”

END_OF_DOCUMENT_TOKEN_TO_BE_REPLACED

Here is my advice for you today: If you don’t want to regret your past, don’t screw up your future. And the future is now.

Woody Allen said it best when he said:

“I had great plans for myself when I started. I have not lived up to them. I’ve done some nice things. But I had bigger plans. What has made it double poignant is that I never was denied the opportunity. The only thing standing between me and greatness is me.”

And the only thing standing between you and greatness is you.

END_OF_DOCUMENT_TOKEN_TO_BE_REPLACED

Don’t you just LOVE that phrase? “To tell you the truth…” This phrase is on the same page as “I’ll be honest with you.” Here is my suggestion: Let’s be honest with each other for a change. Let’s see how it feels to be honest. You go first.

To tell you the truth, this leads me to today’s message. Keeping this among us, there are times when I just feel like throwing in the towel. Things just stop working the way I want them to work and the harder I try, the more I find myself questioning my tactics, education, experiences, up-bringing, choice of religion, personality and choice of after shave. Why bother? I remember once blaming it on my haircut. (It doesn’t get any worse than that!)

END_OF_DOCUMENT_TOKEN_TO_BE_REPLACED

It was in 1995 when Delta sent out the notice. No longer would they be paying 10% commission on airline tickets; they were capping the commission at $50. Do the math. Whenever you issued a Delta ticket valued at more than $500, you were losing money. As predicted, the other airlines followed suit. And the caps were followed by cuts. And the cuts were followed by elimination. Remember that history as we navigate 2018 and the news that Marriott has decided to reduce commissions on group bookings. We can learn much from the past. END_OF_DOCUMENT_TOKEN_TO_BE_REPLACED

Reviewing your points of contact
by Richard Earls
January 28, 2018

Loosely defined, our points of contact are those points at which a client can form an impression of our travel practice. Points of contact range from our logo and business cards, to our presentation formats, our manner of dress and even the places where we meet with clients. The sum total of our points of contact add up to form our professional image. The more professional our image, the more confidence clients have when it comes time to turn thousands of hard earned dollars over to us for their vacation. Needless to say, therefore, our points of contact must be kept in top condition. The reality, however, is we often create our points of contact independently of our mission statement and any guiding touch point and each becomes a separate marketing tool unrelated to the others or neglected after months of use. END_OF_DOCUMENT_TOKEN_TO_BE_REPLACED 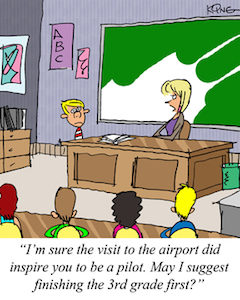 Your Biggest Problem
by Mike Marchev

Without a doubt and without knowing you personally, I can say this without hesitation: Your biggest problem is that not enough people know you are alive.

This advice is logical while it can’t be refuted. How can anybody choose to do business with you if they don’t know you exist? I’ll answer that. They can’t.

END_OF_DOCUMENT_TOKEN_TO_BE_REPLACED

As a teenager, I spent summers working a variety of construction jobs. It was hard work that kept me in shape for football season. One of my favorites was with a masonry contractor in my hometown of Athens, Georgia. Transforming a raw piece of land into a beautiful building is not an easy process, and it all starts with the block masons.

I was impressed by how meticulously they laid the blocks straight and level. Just a small fraction of an inch off level could have a disastrous effect on the building as it was constructed. As with most things, the taller the building the more exaggerated the effect (picture the leaning tower of Pisa).

END_OF_DOCUMENT_TOKEN_TO_BE_REPLACED

Selling Myth: You Must Be A People Person
by Mike Marchev

It has always been asserted that in order to have a successful sales career you must be a people person. Of course it helps if you are not arrogant, mindless and non-caring. But it is also true that you don’t have to like people “carte blanche.”

END_OF_DOCUMENT_TOKEN_TO_BE_REPLACED

Although I am not a big fan of mindless television, I sometimes find myself channel-surfing. I recently paused on a show titled, “Shark Tank.” Optimistic entrepreneurs plead their case in front of potential investors in the hopes of gaining interest in the form of “cash” in return for giving up a percentage of ownership.

One fellow approached the panel and suggested that his new idea would (could) compete with FedEx. Politely, but with a certain degree of alacrity, this fellow was dismissed, sans monetary contribution. He thought he offered something different, but what he was really doing was saying, “Me-too, me-too.”

END_OF_DOCUMENT_TOKEN_TO_BE_REPLACED

The truth is selling is like a game of darts.

Everybody who has ever had anything to do with sales was taught early on “sales was a numbers game.” Make enough calls, meet enough people, shake enough hands, send enough proposals…and the business will follow. The sales gurus of yesteryear led us to believe that quantity was more effective than quality. With much of the thanks going to the Internet, this sales strategy has long been blown to smithereens.
END_OF_DOCUMENT_TOKEN_TO_BE_REPLACED

Even the Lone Ranger Had Tonto!
by Anita Pagliasso

Many home-based agents have found how difficult it is to run a business all by themselves. You have to wear so many hats, and quickly find out that most of those hats do not fit. Home-based agents frequently don’t make the time and effort to determine their strengths and weaknesses at the outset of starting their business, and thus set themselves up for failure or disappointment.

Many agents have found that one of the keys to their success is not only finding a good host agency, but mutually benefiting from understanding the skills and strengths of each party in this type of partnership agreement.

END_OF_DOCUMENT_TOKEN_TO_BE_REPLACED

Today’s message calls for a little imagination on your part. I want you to envision a large pie cut into three, large pieces. One piece consists of half the pie, while the other two represent 25% each. Can you see it?
I want you to now name each piece. One is Attitude; One is Skills; and the last piece is Knowledge.

If you marked the largest piece “knowledge” you would be wrong. Of course it is important that you know your subject matter…or at the very least, know where to find the sought after information.

END_OF_DOCUMENT_TOKEN_TO_BE_REPLACED

Disclaimer: This is a fluid situation and like anything in Washington, it can change in a heartbeat!

Well, the government is shut down. And while we bemoan any governmental intrusion into our lives, it is a necessary evil and often times we simply go about our lives oblivious to the government. Not so much with a shut down. A government shut down can have far reaching impacts on the travel industry.

END_OF_DOCUMENT_TOKEN_TO_BE_REPLACED

I once had a travel professional take me to task because I provided them with an article in USA Today which also contained advertising for other travel programs. That would never do, she assured me, because like so many other papers and magazines, USA Today was “filled with travel advertising.”  Likewise, many agents will not link to travel articles that include the contact information of hotels or tour operators.

I believe many travel professionals sometimes work with an over-broadly image of their competition because they have failed to properly define their customer base and their proper relationship to their clients. To these few, the landscape is filled with competition. This perspective is informed by the idea that the travel consultant is “selling” travel.  That is what Travelocity does, just as suppliers do.  They sell travel with few frills, often based on price alone. END_OF_DOCUMENT_TOKEN_TO_BE_REPLACED 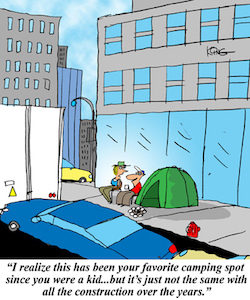 Antarctica Video, A Voyage To Remember On Seabourn Quest
by Ralph Grizzle

It was one of my best trips ever, Antarctica on Seabourn Quest. We set sail on a stormy December night from Buenos, Argentina. From there, we cruised to the Falkland Islands, which we explored for a day, and then endured the rite of passage known as the Drake Passage en-route to the Antarctic Peninsula.

END_OF_DOCUMENT_TOKEN_TO_BE_REPLACED

The newest dog bone that the media has latched onto are the recent unsatisfactory sanitary inspections of three Carnival cruise ships. If you sell cruises, you will likely have a client bring up this topic sooner or later. With my clients, ironically it’s the non Carnival clients that are sharing concerns about the inspection results. My Carnival clients seem to be oblivious, even though I know they are on top of the news. Maybe they just don’t care; maybe because their upcoming bookings aren’t on any of the ships being reported in the media.

END_OF_DOCUMENT_TOKEN_TO_BE_REPLACED

Question: Mike, are you implying that the simple practice of “follow up” is a skill?

Answer: Yes I am.

Question: Are you also implying that professionals in the travel industry do not know the importance of, nor practice on a regular basis, the simple task of a follow up?

Answer: Yes I am.

END_OF_DOCUMENT_TOKEN_TO_BE_REPLACED

Are You Ready To Make More Money In The Travel Business?
by Mike Marchev
January 18, 2018

The truth is that most so-called “travel professionals” do not want to make more money. I know this to be a fact, because if they did they would be making more money.

END_OF_DOCUMENT_TOKEN_TO_BE_REPLACED

Does your email box fill up faster than you can say ‘Travel’? Do you feel like the phone hasn’t stopped ringing? (not a bad thing) Are you left with 10 or 15 minutes between meetings and wonder how to make the most of your time?

Getting from frazzled to fruitful…

…chaotic to connected is do-able when you make the most of short spurts of time.

In today’s world it seems that busy is the new badge of honor.  Crazy! Stunned! Buried! Overloaded!  These are words that seem to be everywhere.  How are we to get anything done…we’re too busy!