Inspirational Tours Beyond The Manchester Gateway

Posted on January 12th, 2018 by Paull Tickner in Agent Perspectives

With Virgin Atlantic offering Manchester-bound non-stop flights from Atlanta, Boston, New York and San Francisco, take a closer look at some of the inspiring new tours that are available for independent travellers and customised groups beyond the Manchester Gateway

In the past, Manchester Airport has been seen largely as the gateway to the north of England, but as the map shows, it’s also the starting point for a new generation of imaginative tours to Scotland, the Heart of England, North Wales and Ireland. 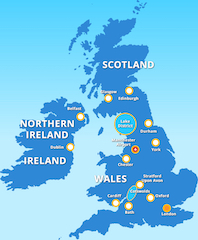 Using Virgin Atlantic’s new non-stop flights, some of Best Loved Hotels very fine properties and my fertile imagination, this short presentation will begin to reveal some of the many treats in store and commissions to be made from developing new business through the Manchester Gateway.

The fast airside to kerbside service at Manchester Airport, England’s northern airport, makes it the perfect starting point for tailor-made tours heading north to the Lake District and Scotland, eastwards to the great Viking city of York and James Herriot’s Yorkshire Dales. Turning west, it’s just a short hop to the Roman city of Chester, the great 12th century castles at Conwy and Caernarfon in North Wales, and across the Irish Sea to Belfast, Dublin and the Emerald Isle of Ireland.

Heading south, your ports of call include Wedgwood in the World Capital of Ceramics, alternatively known as Stoke on Trent, William Shakespeare in Stratford upon Avon, the sheep clad hills of the Cotswolds, the university city of Oxford and with jet lag parked in the English countryside, before you’re well set for a few days in London. 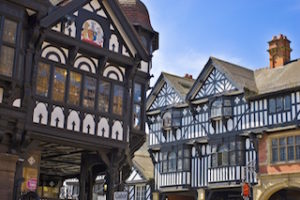 First, second and third timers will always prefer to fly in and out of London. But more frequent travellers will appreciate the fast Immigration and Customs service they can rely on at Manchester Airport, and the fact that attractions like Roman centurion-led tours of Chester, meeting the master craftsmen and women at Wedgwood and a Magical Mystery Beatles tour are all less than one hour away.

Many of your customers will be 50-plus Anglophiles interested in the visual and performing arts, literature, sources of inspiration for great writers, poets, painters and sculptors. They also will also love the many treasure-filled castles and stately homes and their magnificent gardens, which are the equal (many will say better) than their counterparts in the south of England.

Be Creative And Inspire Your Clients 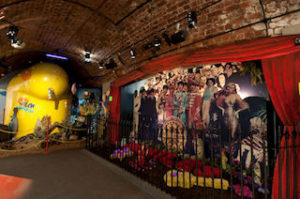 Just as you’ve added bubble, fizz and pleasant surprises to itineraries arriving and departing through London Heathrow, you can do exactly the same through the Manchester Gateway, but this time you can be designing tours that your target audience will have never seen before.

For example, your green-thumbed customers will not have been offered garden tours that include Bloom in Dublin, the North Wales Garden Festival and the Royal Horticultural Society’s Flower Show at Chatsworth. Set this up for a couple of clients for 2018, and then use their testimonials to build a group of 15-20 for 2019.

Putting together literary sources of inspiration tours can be both rewarding and fun, especially when the bookshelf is full of works by Lewis Carroll, Beatrix Potter, James Herriot, Bram Stoker of Dracula fame, the Brontë sisters, and Ellis Peters, the creator of the Brother Cadfael monk detective novels as well as On Location with “Victoria,” which begins airing on Masterpiece Theatre on Sunday, Jan. 14. 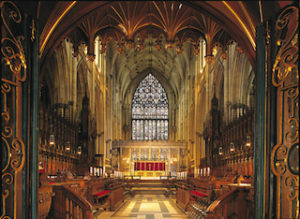 Your museum and art gallery contacts are always on the lookout for new fund-raising tours, so the England through the Manchester Gateway looking glass offers instantly recognizable names like David Hockney, L.S. Lowry, J.M.W. Turner, the Pre-Raphaelites, the sculpture of Sir Henry Moore and the master craftsmanship of Thomas Chippendale, the renowned cabinet maker and furniture designer whose 300th anniversary is being celebrated in 2018.

With Yorkshire pub tours, seriously challenging golf at Royal Birkdale, Royal Liverpool, Royal Lytham and St. Annes, Shop ‘n’ Ship Girls Getaways to Wedgwood and the great Antiques and Collectors Fairs at Newark, the Manchester Gateway can quite literally provide an Aladdin’s Cave of wonderful new travel experiences that will delight your clients and generate valuable new sources of profit for you.

Share your thoughts on “Inspirational Tours Beyond The Manchester Gateway”