Posted on February 15th, 2018 by Simone Hasskew in Spotlight

Once known as Formosa, the island of Taiwan is one of the most sought out travel destinations in East Asia. With so much culture and history to the area, it is sure to provide an experience unlike any other for all types of travelers. Thanks to Super Value Tours, the supplier sponsor of this article, you’ll get to see Taiwan in the best way possible. 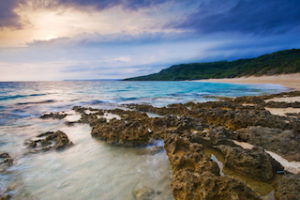 Taiwan is a state located in East Asia. It is the most populous state and largest economy not a member of the United Nations. This is just one of Taiwan’s unique qualities. One of the most popular areas in Taiwan to visit is Kenting National Park. Located on the Hengchung Peninsula, Kenting National Park is the oldest and southernmost park in Taiwan. The park, established in 1984, covers roughly 70 square miles of land and 59 square miles of sea for a total of 129 square miles. One feature of the park that sets it apart and makes it worth a stop when visiting Taiwan is the climate and geography of the park. Kenting National Park is home to beautiful beaches and sunshine, as well as magnificent mountain ranges. While in the park make sure to stop by the Eluanbi Lighthouse. It is a rare example of a fortified lighthouse and it is open year round to visitors.

After you’ve spent time hiking the trails and beaches in Kenting National Park, check out Yangmingshan National Park. This park is home to many cultural sites as well as the tallest dormant volcano in Taiwan: Seven Stars Mountain. Walk through the cherry blossom trees and hot springs found throughout the park. Stop and visit the Grass Mountain Chateau, the former residence of the late President of the Republic of China Chiang Kai-shek. Or, see the home and resting grounds of famous writer Lin Yutang.

Sun Moon Lake is another breathtaking site to visit a trip to Taiwan. It is the largest body of water found in Taiwan, and the area surrounding it is home to one of the aboriginal tribes of Taiwan: the Thao Tribe. The lake surrounds a small island called Lalu, and as a whole the lake and the area around are included as one of the thirteen national scenic areas in Taiwan. The lake is often the site of festivals and activities, like concerts and firework displays. Sun Moon Lake gets from the east and west sides of the lake resembling a sun and a moon. If you are interested in seeing the rugged coastal cliffs of Taiwan, definitely make time for the Taroko Gorge. Situated near the east coast of Taiwan the Taroko Gorge is found within the Taroko National Park. The Taroko Gorge, known for its abundant supply of marble, spans an impressive 11.8 miles and covers an array of landscape. 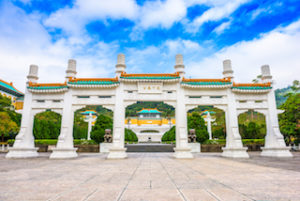 The National Palace Museum is another interesting site to see when visiting Taiwan. The museum has a permanent collection of over 700,000 pieces of ancient Chinese artifacts and artworks. This makes it one of the largest of its kind in the world! Spanning nearly 8,000 years of Chinese history, the National Palace Museum even shares roots with the Palace Museum in the Forbidden City. For some excellent shopping, take a trip to Ximending, a premier shopping district located in Taiwan. Ximending was the first pedestrian zone in Taiwan, blending history with current culture. The district is also home to excellent pubs and clubs for a night on the town, as Ximending is a source of fashion subculture, and Japanese culture in Taiwan. 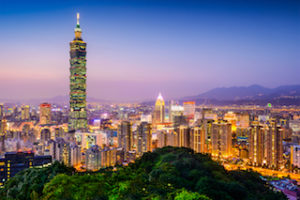 Don’t leave Taiwan without being able to visit the Lungshan Temple of Manka. This temple is a large piece of the history of Taiwan, as it was built in 1738 and served as a place of worship and a gathering place for Chinese settlers. It incorporates Buddhist elements as well as alters and halls dedicated to Chinese deities. For another experience special to Taiwan, be sure not to miss the Fengjia Night Market. Established in 1963, it was claimed to be the largest night market in Taiwan. Browse different booths and stands, try local foods, and experience Taiwan in a different light (or lack thereof).

Taiwan is a destination that everyone should have the opportunity to visit. With Super Value Tours on your side, you won’t miss a second of what Taiwan has to offer visitors.

Share your thoughts on “Traipsing through Taiwan with Super Value Tours”