Posted on March 16th, 2018 by Paull Tickner in Agent Perspectives

When putting together the shopping list for a customized UK-bound family holiday or special interest tour, it will invariably include some of our many great castles, treasure-filled stately homes, beautiful gardens, majestic cathedrals and ancient pubs where the real ales are all served at the correct temperature!

However, as you begin to learn how your clients and their families spend their leisure time, a wide variety of sporting interest are sure to emerge.  Read on and discover how I can help you to add their interests in golf, soccer, equestrianism, motor racing, rugby union and the 2018 Olimpick Games to the mix under discussion or become the starting point for a tour where their special interest is the focus. 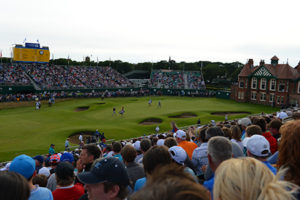 When I mention the word Beatles, you might first think of the Fab Four and their home city of Liverpool.  What you may not know is that the city is also the home to Royal Birkdale, Royal Liverpool, and the Royal Lytham and St Annes. Between them, they have hosted the Open Golf Championship on 32 occasions.  With Virgin Atlantic offering non-stop flights from Atlanta, Boston, New York, and San Francisco; talk to me about a golf tour that your clients have not been to, and then fix a meeting with them to agree a departure date. 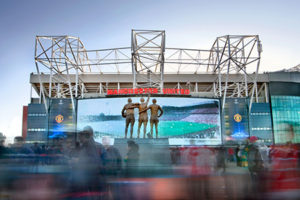 Soccer was given this nickname by the famous Brazilian footballer Pelé and using the new non-stop flights into Manchester, fans can now enjoy ‘pinch me, is this for real’ behind the scenes tours of Old Trafford (Manchester United), the Etihad (Manchester City) and Anfield (Liverpool) where a touch of the Beatles adds something extra to the experience.  With a 2 hour train ride southwards to London, you can add a tour of Stamford Bridge (Chelsea). 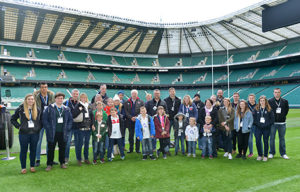 Being a rugby fan, I’m currently enjoying a feast of internationals, with the annual 6 Nations competition between England, Scotland Wales, Ireland and France now in full swing. Twickenham Stadium on the western edge of London is the Home of England Rugby, the world’s most iconic rugby stadia.  Explore the stadium with a rugby expert on a behind-the-scenes tour before visiting the brand-new World Rugby Museum.  The galleries tell the story of the sport with exhibition on the origins and growth of the game to WW1 and the South African Apartheid.  See glittering trophies, the oldest rugby jersey and engaging interactive exhibits. 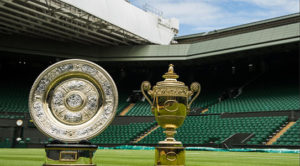 An award-winning museum and behind-the-scenes tour transports you through the sights sounds and triumphs of the world’s most famous and prestigious tennis tournament with its trophies, holograms, virtually reality, and a behind-the-scenes visit to one of the most iconic sporting venues ever – the All England Club, Wimbledon.  Insightful, and entertaining, Blue Badge Guides conduct a brilliant 90-minute tour finishing in the Cathedral of tennis that is Centre Court.  Operating year round outside the Championships and attracting 100,000 visitors a year, this quintessentially English institution blends history and sport in an unforgettable half day in London’s capital. 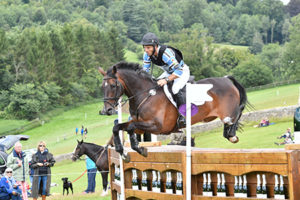 I know July and August are popular months for equestrian events where you live, but for families looking for an interesting holiday in England.  Topped and tailed with time in London, offer them the Badminton Horse Trials (2nd – 6th May) perhaps using a hotel that has its own stables.  The Gatcombe Festival of Eventing (4th-6th August) takes place at the home of the Princess Royal and her family and if these dates don’t work, there’s the Land Rover Burghley Horse Trials at Burghley House (30th August-2nd September). 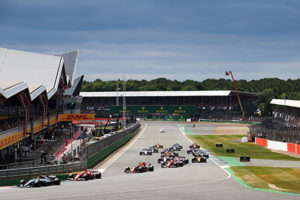 Since hosting its first race in 1948 the Silverstone Circuit has built a reputation on delivering first class motorsport events and is best known in the UK for hosting both the Formula 1 British Grand Prix and MotoGP.  The Silverstone Experience will bring the extensive heritage of Silverstone and British motor racing to life through the creation of a dynamic, interactive, and educational visitor experience.  Displays will use the latest technology to tell the amazing stories of the people that have been part of the site and sport’s history over the last 70 years. Why not time a visit to coincide with the 2019 Grand Prix which takes place in the first 2 weeks of July (date tbc). 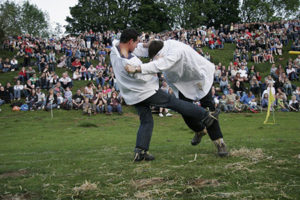 I’m putting together number of tailor-made tours to the Cotswolds and I’d like to introduce you an annual event that has no equal in the UK.  In June 1612, Robert Dover, an English attorney, author and wit staged the first Olimpick Games, (note the spelling) the forerunner to the modern Olimpicks in the picture-perfect market town of Chipping Campden. Honouring the ancient Games of Greece, the sports included are singlestick, wrestling, jumping in sacks, dancing, and shin kicking. Happily, 406 years later while the Olympic Games has moved on, this tradition continues.  It also takes place when some of the regions gardens are at their peak for colour and fragrance.

Paull Tickner, owner of U.K.-based Custom GB, is known for his expertise in creating and operating imaginative, value-added tours of Great Britain and Ireland. Visit his website at www.customgb.co.uk and email him at ptickner@customgb.co.uk

Share your thoughts on “Discover Icons of British Sport”