Seabourn is putting adventure at the forefront for its Alaska and British Columbia season this summer with an offering of optional Ventures by Seabourn guided kayak, Zodiac, catamaran, and hiking tours. From exploring Misty Fjords, Holgate Glacier and the Inian Islands by kayak or Zodiac, to hiking Mendenhall Glacier, Rainbow Falls and the Perseverance Trail, all Ventures by Seabourn excursions will be led by an expedition team. 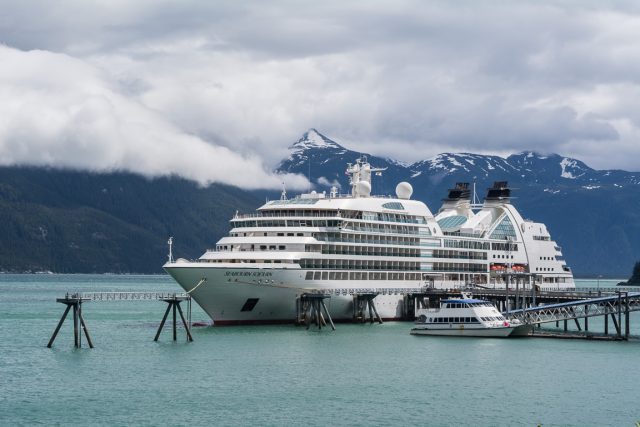 The team includes wilderness experts, scientists, historians, and Zodiac operators. Ventures by Seabourn excursions are available for-charge, in select destinations and can be booked in advance by guests. In addition, the line is working with a number of tour operators in Alaska on hiking excursions.

Guests can participate in an up-close exploration of America’s Last Frontier. Ventures by Seabourn will be a highlight of more than a dozen 11-, 12- and 14-day itineraries sailed by Seabourn Sojourn from June to mid-October in 2018.

“We are very pleased to share our experienced and qualified team for our 2018 season in Alaska and British Columbia. The strength of this group is that we have a fantastic variety of academic passion, old-school experience and present-day local knowledge,” said Robin West, director of Expedition Operations for Seabourn. “The team will not only join the guests on Ventures outings in the field such as guided hikes, Zodiac tours and kayak adventures, but will add to the onboard experience with complimentary lectures on their fields of expertise such as marine biology, geology, ornithology and history, and will be on hand to point out wildlife, join guests for dinner, and answer questions about the wild and pristine destination they have all come to love.”
Members of the handpicked expedition team for the 2018 Alaska and British Columbia include: