Your Travel Practice and Social Consciousness

Posted on May 20th, 2018 by Richard Earls in Publishers Corner

Anyone who reads this column with any regularity knows I have a strong prejudice for written business plans. If I may, I want to suggest we carve out a small section of our business plans for one more set of goals and promises. Travel professionals have a powerful opportunity to influence a wide swath of public opinion regarding the environment and the people with whom clients will interact in their travels. Our own self interest suggests we do our best to be good stewards of both destinations and the indigenous, but the opportunity extends far beyond self interest. 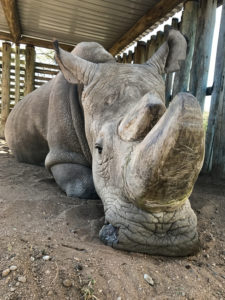 Sudan, the world’s last male northern rhino died in March. Maybe I shouldn’t be turning up the volume on the death of a single animal, but being from West Virginia I do know about the practice of taking canaries into coal mines to test the air for humans. Canaries die faster than we do, so if the canary dies, it’s time to clean up the mess so humans can carry on.

The long-term health of our industry depends on what amounts in many cases to self regulation. Tour operators and cruise lines operate without a great deal of oversight, even in the face of legal regulation and social pressure. Too often, a bit of excess oil is dumped overboard in our oceans or fragile environmental systems face the consequences of increasing numbers of affluent tourists. Climate change now hangs heavy over many destinations as ocean levels rise and glaciers melt. The ivory trade threatens the very existence of the planet’s largest mammals as thousands of elephant and rhino are slaughtered for trinkets and pseudo medicines. A species of black rhino has been declared officially extinct, the victim of the poaching for their horns.  There are still porters in Peru and Tanzania who continue to work under inhumane conditions. Men from the United States travel to Thailand, Guatemala and central Europe for encounters with underage victims of the sex trade. As a travel professional, you can ensure your clients are informed of these problems, are aware of the issues involved, the counter measures and the travel industry’s responsibility for negating each.

In many cases, the real cost of the environmental impact is “off-balance sheet” – absorbed  by the environment rather than by the traveler. The cumulative effects often show in places where we least want to observe the impact of humanity. But it is not only the environment per se that bears the brunt of tourism’s numbers. Trafficking in human slavery, the exploitation of animals and of cheap labor are all intersected at some point by our profession.

These key findings  hold the promise of a gradual evolution to a more sustainable travel industry. Travel professionals can be an important catalyst in the transformation of our industry from a 19th century model to a 21st century ideal. If fewer than one third of travelers find it easy to obtain information on sustainable travel, there is a role for the socially conscious travel agent to play.

Many might argue travel is itself a part of the problem.  The footprint of tourism is heavy and deep and our impact on some very fragile environments significant.  Yet, it is balanced by the opportunity for millions of people to acquaint themselves with new cultures, new ways of thinking, an expanded vision of being a world citizen. We can only hope. We can certainly do our part in playing a positive role to offset the negative influences of travel and tourism.

Collectively, our profession touches millions of people each year. Pick a good cause. Educate yourself. Pass along just a small bit of information to your clients each and every time you engage in a travel planning effort. Help to make us all better world citizens. Here are some resources:   https://www.travelresearchonline.com/blog/index.php/2013/05/resources-for-researching-social-issues-for-travel-professionals/

Make sustainable travel an issue. Because it is. The evidence indicates your clients want this type of information.  Who better to provide it than a travel professional?

Share your thoughts on “Your Travel Practice and Social Consciousness”