The second largest national park in the entire Amazon, Pacaya-Samiria National Reserve safeguards a huge tract of rain-forest in eastern Peru between the Marañón and Ucayali rivers. Covering over 8,000 square miles, the park is home to more than 1,000 animal species and a similar variety of plants. 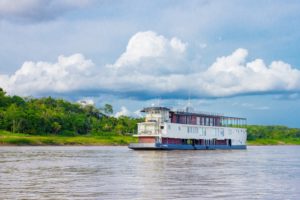 Navigating the reserve’s warren of rivers and tributaries aboard the expedition boats of Jungle Experiences allow for access to the hidden corners of this immense landscape. The luxury riverboat Zafiro and adventure ship La Perla were specially built to allow for exploration of areas of the park that were previously difficult to access.

Unlike other parts of the Amazon, where wildlife is often hard to see because of the dense foliage, the myriad waterways of Pacaya-Samiria expedite animal observation and photography. 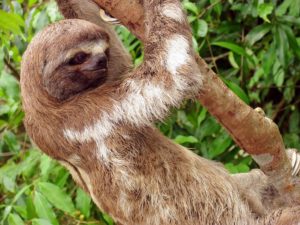 Jaguars, giant river otters, sloths, manatees, and piranhas are among the species found in the park. But the area highlight is perhaps the pink dolphins (Inia geoffrensis). Either light pink or mottle gray-and-pink in color, the gregarious marine mammals are even more curious than their ocean-going cousins.

With around 500 species of bird spotted within the park, Pacaya-Samiria is one of the top places in the world for bird watching. The scarlet macaw, yellow-headed caracara, jabiru stork, and roseate spoonbill are a few of the more flamboyant species. 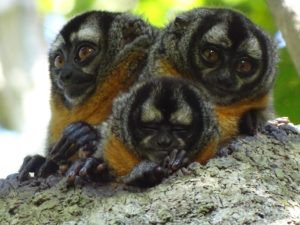 Pacaya-Samiria is also home to around 200 local and indigenous communities with more than 120,000 total inhabitants. During a trip with Jungle Experiences, passengers learn about their customs and traditions — and participate in a ritual with a local shaman, who looks after the health and protection of all the members of the community.

When is the best time to visit? Year round. The area doesn’t have a winter or summer season – simply high water or low water. More than 80% of the park is flooded during the high-water season, between December and April, giving rise to the nickname La Selva de los Espejos (“Forest of Mirrors”) because of the way the jungle reflects on the water. Low water season, from May to November, offers more walking opportunities as the water has subsided exposing more of the forest, while in high water most sightseeing is via boat.

Share your thoughts on “Cruising the Amazon: The Pacaya-Samiria National Reserve”