On the heels of announcing two new expedition vessels, Seabourn promoted veteran expedition leader Robin West to Vice President, Expedition Operations & Planning. Those of us who know Robin could not be more pleased.

I had the pleasure of cruising Antarctica with Robin in 2014. When the photo accompanying this post was taken, Robin was educating me about the Drake Passage. The notorious body of water between South American and Antarctica requires that ships travel nearly 600 miles across open ocean. I’ve heard stories of swells raging up to 90 feet, but those are extremely rare, and expedition vessels won’t cross during such conditions. Still, the Drake Passage can make for a rocky passage almost anytime, but not always.

“The thing with the Drake Passage and the misconception is that people think it is rough all of the time, and that’s not entirely true,” Robin told me. “The problem is that when it gets rough, it can get really rough.”

Cruise ships and expedition vessels do have a few tricks up their sleeves when it comes to forecasting their crossings. Read how they get help from a few web sites in No Need For TrepiDRAKEtion: On Seabourn Quest, Smooth Seas Across The Drake, Plus, Our First Iceberg Sighting 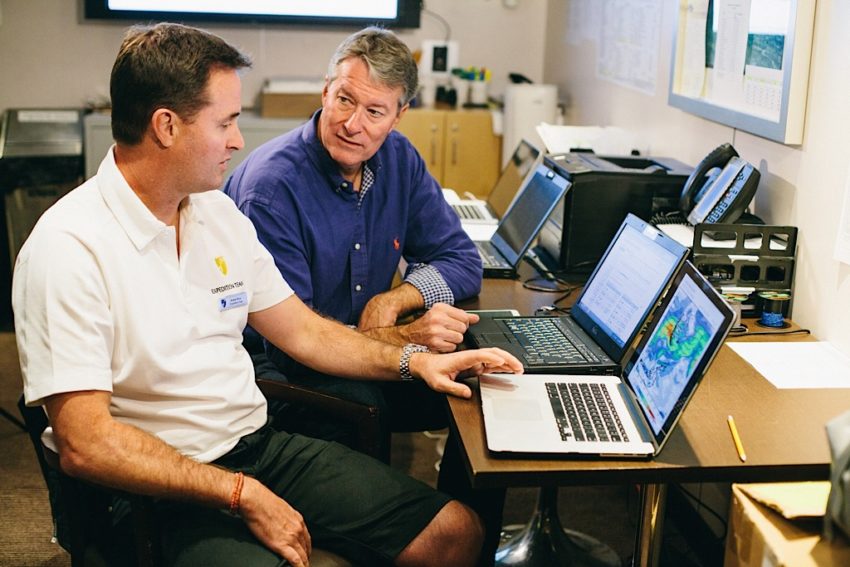 Even if the passage is a bit rocky, Robin said: “Once you’re in Antarctica, you forget all about the crossing.” That’s the power of the White Continent.

Robin will oversee and continue development of Seabourn’s expedition-oriented product in destinations around the world. “Robin has helped drive the tremendous success of our Ventures by Seabourn program, which is available in many desirable destinations around the world,” said Seabourn President Richard D. Meadows. “Now we’re expanding our ultra-luxury expedition travel product with ships dedicated to further delivering highly authentic experiences in new and amazing destinations. Robin’s extraordinary capabilities will continue to help Seabourn expand the definition of ultra-luxury adventure travel in all corners of the world.”

Robin started at Seabourn by serving as expedition leader during Seabourn’s inaugural season of four voyages aboard Seabourn Quest in Antarctica and Patagonia between November of 2013 and February of 2014. He was promoted to director in 2017.

A native of South Africa, Robin is a graduate of the University of Port Elizabeth. After graduating he founded two companies offering scuba diving and outdoor adventure experiences in many of South Africa’s most beautiful and exciting areas. Expanding his experiences beyond Africa, he has participated in expedition travel operations since 2002, sailing on numerous ships and planning and executing expedition programs for half a dozen companies. He has spent multiple seasons in regions from the circumpolar Arctic to the Antarctic, including East and West Africa, the South Pacific, Indian Ocean, Southeast Asia, Central and South America, Australia and the Mediterranean.

As Vice President, Robin will be responsible for overall planning and management of Seabourn’s expedition operations to Antarctica, the Arctic, and other exotic destinations around the world. He will also continue to oversee the line’s Ventures by Seabourn program of optional, for-charge expedition-style excursions offered in select destinations.