Posted on September 25th, 2018 by Richard Earls in Outposts

Celestyal Cruise’s 7-Day All-Inclusive 3 Continents Cruise is a unique itinerary visiting Europe, Asia and Africa. If you’re interested in archaeology, religion and culture, this is a once in a lifetime experience you shouldn’t miss. The Continents Cruise includes a visit to Israel, encompassing the port city of Ashdod, Jerusalem and Bethlehem.

For the western world, no land is as heavy with history as is Israel. In a country with over 200 museums, every step echoes with the past. Judaism, Christianity and Islam all found homes in Jerusalem and the convergence of these three world religions in Israel reverberates today. Sites of immense spiritual importance draw pilgrims from around the world to the streets, cities, towns and national parks. 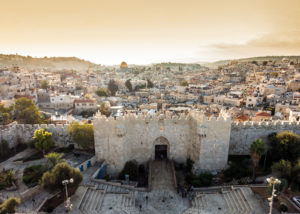 Skyline of the Old City in Jerusalem

Israel’s capital city of Jerusalem, one of the oldest cities in the world, is known primarily for its Old City and its sites: The Church of the Holy Sepulchre, the Dome of the Rock and the Al Aksa Mosque on the Temple Mount. The entrance to the Old City in through one of the eight gates in the wall surrounding the area build by the Muslim sultan Suleiman the Magnificent in the 16th Century. The open air markets and narrow cobblestone streets teem with merchants, locals and travelers alike. During it’s long history invaders have twice destroyed the city. Successive empires invaded Jerusalem, conquered it, ruled for a while and then were uprooted and replaced by the next wave of invaders, each leaving their distinctive cultural markers. Modern Jerusalem is a city of culture, dining, markets and is a city to be walked with each street bringing new sites and surprises, so bring good shoes for your visit. During your visit, be sure to dress modestly, as some of the magnificent religious sites require women’s shoulders and knees and men’s heads to be covered out of respect. 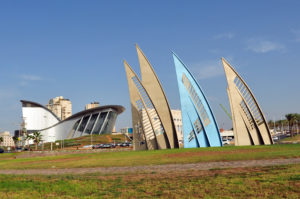 Ashdod Theater and the Sails sculpture

The Port of Ashdod is located on the Mediterranean coast just south of Tel Aviv and only 33 miles from Jerusalem. Ashdod is the sixth-largest city in Israel and the nation’s largest port.  There are some Old Testament references to Ashdod and during the Hellenistic period the city took the name Azotus. The port came under Islamic rule during the 7th Century. Legend has it when the Philistines captured the Ark of the Covenant from the Israelites, it was brought to Ashdod before being forced to return it. Today, the ruins of ancient Ashdod are outside of the current city location. Israel founded the Ashdod we now know in 1956, re-establishing the port and building a critically important power station with sea water desalination capacity. Today, the port handles approximately 60% of all of Israel’s cargo. In addition, there is a passenger port in Ashdod for cruise ships. Ashdod has a long coast with many public beaches and a marina. 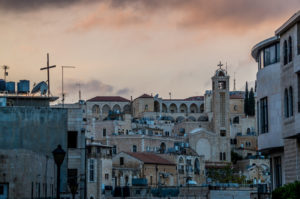 Bethlehem, a major point of interest for travelers and pilgrims of three religions, is just six miles south of Jerusalem. Bethlehem is traditionally held to be the birthplace of Jesus. The Church of the Nativity is the focal point for a visit to the town, erected over the reputed site of Jesus’ birthplace. Bethlehem is also revered as the birthplace and home town of the biblical King of Israel, David, as well as the traditional site of Rachel’s Tomb. Bethlehem is home to a variety of Christian monasteries that represent every denomination and branch of Christianity. As a result, Christmas is celebrated on three separate dates abiding with the Catholic church calendar, the Armenian Eastern calendar and the Julian calendar used by the Greek Orthodox Church. The market in Bethlehem is less friendly and as the Palestinian Authority charges no sales tax, many items here are less expensive than in Jerusalem.