Easing the Burden of Booking with CTS Fares
by Joseph DeLoach
June 19, 2019

Cosmopoliton Travel Service (CTS Fares) has been consolidating the details of getaways for over 50 years. They work closely with airlines, and hotels to help the travel consultant and their clients save money. Their goal is to do good business, and help agents do good business in return; meaning that, not only do they provide some of the best discounts in the travel industry, the complete process of booking through CTS is transparent: mark-ups, net rates, and commission levels are all visible…even through the booking engine.

CTS Fares is always on the case when there are issues, questions, or scheduling changes. END_OF_DOCUMENT_TOKEN_TO_BE_REPLACED

The Pioneer Rivers of the Northwest
by Joseph DeLoach
June 18, 2019

The northwest of the United States has always been known for its natural beauty. This area includes the states of Washington, and Oregon (though sometimes Idaho and Wyoming, as well); and in these states, the traveler finds a different take on the American landscape. One of lush forests, with some considered to be rain forests; and multiple mountain ranges such as the Rocky Mountains, Colombia Mountains, and Cascade Range. This region of the United States was the last to be explored by the famous pioneers Meriwether Lewis and William Clark on their expedition commissioned by the president at the time, Thomas Jefferson. Then, charting the rivers of the northwest was important for trade and commerce. But in modern times, these rivers provide amazing views of Mount St. Helens, forests, and waterfalls. Today’s 60-Second Geography is brought to you by American Cruise Lines.

END_OF_DOCUMENT_TOKEN_TO_BE_REPLACED

Talk is very inexpensive, as we all know. Some even refer it to being “cheap.” By and large, people are quick to “say” that they are happy, but it has been my personal observation that this is not necessarily the case. In a recent article in Florida’s Sun Sentinel Sunday Newspaper this topic caught my attention.

The writer Rex Huppke summed up his thoughts by writing, “I’m making a personal plea to business owners, bosses and managers to consider the importance of happiness.” He then recommended: “Don’t focus on boosting employee morale simply as a sneaky way of squeezing more work and loyalty out of employees. Do it because it is the right thing to do.” END_OF_DOCUMENT_TOKEN_TO_BE_REPLACED

Ted Turner was once interviewed by the TV show 60-Minutes. Atlanta-based Ted Turner once owned the Atlanta Braves as well as being a Cable TV tycoon. He also once captained a sailing vessel in The America’s Cup.

Okay, so you and I have never captained an America’s Cup winner, or owned a jet, or owned a major league baseball team, or owned thousands of acres of land, or given billions of dollars to charities, or married the daughter of a famous actor, or a lot of other things that has nothing to do with you and me.

What I got out of the interview was a man who seemed to be enjoying his life while taking more than his share of serious hits to his forward movement. END_OF_DOCUMENT_TOKEN_TO_BE_REPLACED

Is traveling to the Dominican Republic an unacceptable risk? I think so!
by John Frenaye

We have lived through wars, Mad Cow Disease, Swine Flu, Avian Flu, State Department warnings, hurricane ravaged destinations, and crime against Americans for years. But in my twenty plus years in the industry, I have never seen anything like what is happening in the Dominican Republic.

And in what may be an unpopular opinion, I am recommending that clients (and family) avoid the Dominican Republic until some answers can be provided. END_OF_DOCUMENT_TOKEN_TO_BE_REPLACED

“Why doesn’t anyone ever try softer?” ~ Lily Tomlin

Last week I received a call from a business associate who was expecting a spreadsheet from me.  With the best of intentions I had promised to have it to him mid-week.  Then suddenly it was Friday and the half-finished project was still, well, half-finished.

If I had to tally the partially complete projects on my desk, I’m afraid the number would point to a revealing fact – I’m easily distracted and try to do too much. It is always tempting to over-commit to any number of personal and professional activities with the result that none of them are done as well as I originally intended. I sometimes manage to convince myself working harder is the best way to achieve my goals.

I hear there is a road somewhere paved with nothing but good intentions. END_OF_DOCUMENT_TOKEN_TO_BE_REPLACED

Lessons From a Fabric Store
by Mike Marchev
June 14, 2019

You are probably wondering if Marchev has gone off the deep end? No, I haven’t. Not yet. I want to share an observation I had while my wife Barbara and I were strolling through a fabric store looking for ideas.

After being in the store for just four-minutes I felt a migraine coming on, and I don’t get migraines! I was being introduced to the 3 C’s: The choices, the colors and the costs. I must admit, there was a lot of good-looking stuff in that store. END_OF_DOCUMENT_TOKEN_TO_BE_REPLACED 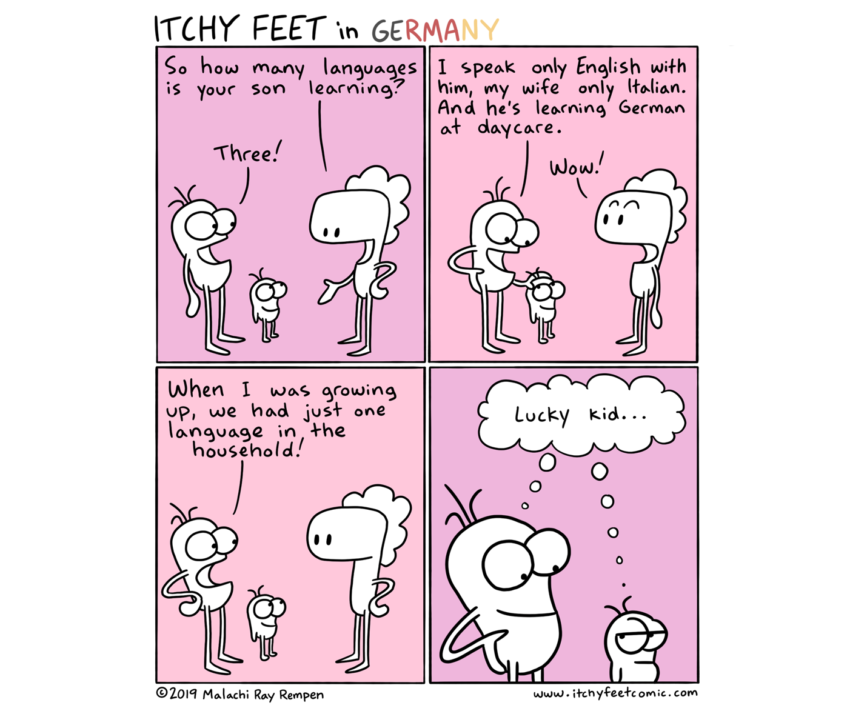 This week on Avid Travel With Britton Frost, Mike Louagie joins us to give some tips on photography – specifically while cruising.

One of the most frustrating parts of a trip can be trying to photograph every moment in order to share it with family and friends back home. Especially when you look back to your photos and they’re blurry, something is in the way, or simply put – they’re bad. The introduction of smart phones and digital cameras countered some of these problems, as we are now able to see our photos in real time, but sometimes photos seem to be lackluster. END_OF_DOCUMENT_TOKEN_TO_BE_REPLACED

The Garden Route of South Africa
by Joseph DeLoach
June 13, 2019

Along the southwestern coast of South Africa is an area that offers up diverse ways of experiencing Africa. The Western Cape is an astonishing destination with plenty of wilderness and wildlife, vineyards, and a deep history of native peoples. Its capital, Cape Town, is a great starting point for all the explorations the traveler will experience. But the real star of the show here is The Garden Route, a stretch of coastal highway along the southernmost tip of Africa with almost 200 miles of natural sites and fantastic stopovers for the traveler. Today’s article is brought to you by Central Holidays.

END_OF_DOCUMENT_TOKEN_TO_BE_REPLACED

What’s Your Story?
by Dan Chappelle

The business world is not immune to fads, but there are a few that have stood the test of time. The principles in How to Win Friends and Influence People and Think and Grow Rich have been guiding business people to success since the 1930s.

One recent “fad” is storytelling. The number of people who list “storyteller” as their occupation (I didn’t realize it existed outside the kids’ section in Barnes and Noble) on LinkedIn is incredible. Yet, everyone from StoryBrands Donald Miller, a former screenwriter, to the travel industry’s own Richard D ’Ambrosio are singing the virtues of applying the practice to your own business narrative. END_OF_DOCUMENT_TOKEN_TO_BE_REPLACED

Ever Hear of Nordstrom?
by Mike Marchev

I can remember, not long ago, when I hated to read books. (Thirty years ago.) Today, I love my books.

Most people today regardless of their age still don’t like to read books. And if they do, they are works of fiction and are read for entertainment.

I like to read business books. They make me think. They also take the time that I might otherwise squander on less productive activities. END_OF_DOCUMENT_TOKEN_TO_BE_REPLACED

This email just arrived from one of my marketing mentor participants:

I’ve been out hitting the pavement and just got another two bookings, one for the Mexican Riviera and one for the Caribbean from the Harbor Light Restaurant. So, I am following through with my commitments about visiting businesses and asking for the business.”

I love to receive emails like this. They make my day. END_OF_DOCUMENT_TOKEN_TO_BE_REPLACED

Today I am going to cut to the chase. I will spare the excessive rhetoric and go right for the jugular.

Here are six essential qualities that are the key to success:

END_OF_DOCUMENT_TOKEN_TO_BE_REPLACED

Naples with ShoreTrips
by Joseph DeLoach

Italy, as always, is a top-tier vacation for most travelers. But while most travelers have a tendency to choose Rome and Florence, they are missing out on one of the most authentic cities in Italy—Naples. Located on the southwest of the peninsula, Naples is a coastal city with a connection to other famous sites nearby; the well-preserved cities of Pompeii and Herculaneum which lie in the shadow of Mt. Vesuvius, and the picturesque Amalfi Coast. With a distinct culture and sites that showcase a different side of Italy, Naples is a choice destination for the traveler. Today’s 60-Second Geography is brought to you by ShoreTrips.

END_OF_DOCUMENT_TOKEN_TO_BE_REPLACED

Don’t you love it when someone recognizes your logo?  Their eyes light up, they look up from your business card and say “I know you!”  It’s a great feeling because it means a very important aspect of your marketing is working. Recognition of your company’s “visual system” is an important first step to shortening the entire purchasing cycle.

Your company’s visual system encompasses many separate components: Logo, font, color palette, images, and even white space. Each of these elements must work together harmoniously to instantly identify you to the world.  END_OF_DOCUMENT_TOKEN_TO_BE_REPLACED

Dressbarn to Close All 650 Stores
by Mike Marchev

I read this headline this morning and to be honest, it meant absolutely nothing to me. It was my wife who let out a quiet scream of concern. “I have a few sweaters and tops from Dressbarn that I absolutely love.”

The article reminded me that this establishment has (had) been in business for over 50 years. The culprit came as no surprise. Online shopping and Amazon in particular, as well as a well-known discounter known for their red target, were the primary culprits. END_OF_DOCUMENT_TOKEN_TO_BE_REPLACED

The second-worst sales experience EVER
by John Frenaye

I think we can all agree that the worst sales experience ever is the ever-increasing, randomly-spoofed, cold call on your home or cell phone trying to sell you a car warranty…a lower interest rate…gutters…or (as has been my case of late) prepaid funerals. Maybe they know something that I don’t; but I can tell you — I ain’t buying.

But last week’s column got me thinking about bad sales experiences. Excluding the above, let me tell you about my worst one—take notes on how to avoid it. END_OF_DOCUMENT_TOKEN_TO_BE_REPLACED 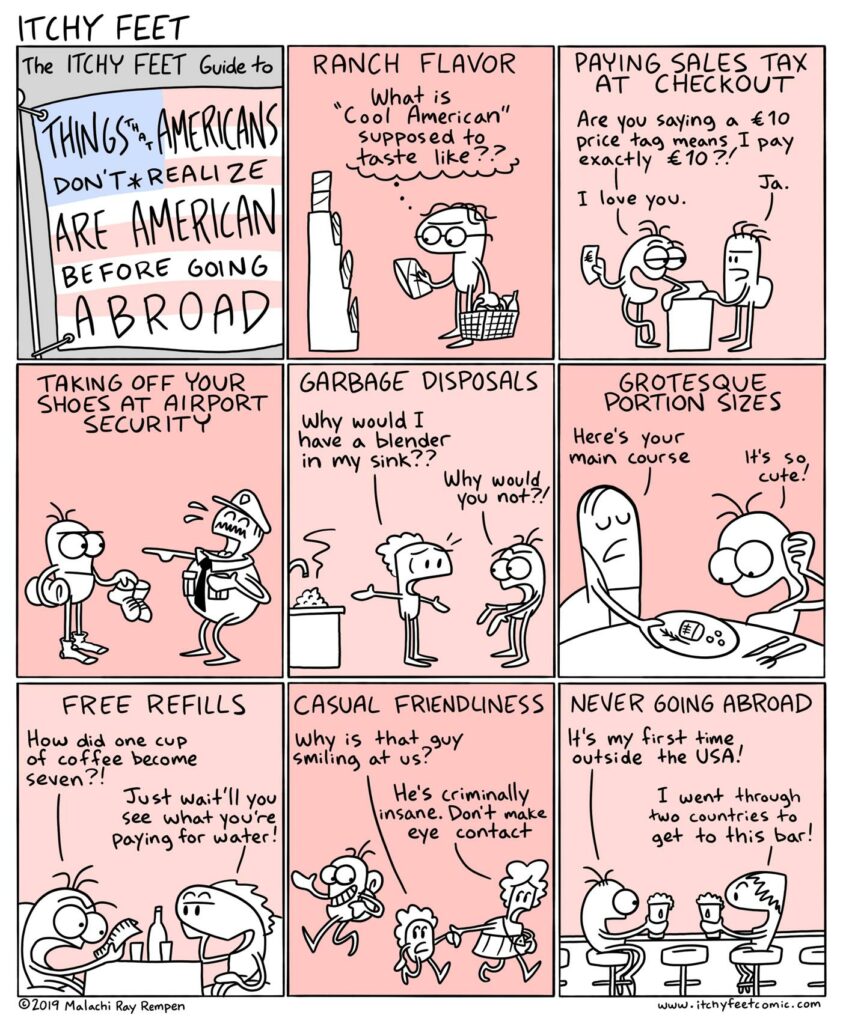 Surrounded by a sparkling harbor and beaches, Sydney wows year-round visitors with its world-class attractions and access to unique and natural beauty. Fortunately, travelers looking for Sydney shore excursions have plenty to choose from. Attractions like the Royal Botanical Gardens and the Opera House are nearby, while Sydney day trips to the Hunter Valley unveils some of the world’s most popular wines. The best things to do in Sydney are an easy shore excursion away. END_OF_DOCUMENT_TOKEN_TO_BE_REPLACED