Posted on June 21st, 2019 by ShoreTrips in Soundings

There may be no better way to truly immerse yourself in a new destination than to befriend it through its history and food. Take a walk-through Old San Juan on a culinary walking tour to discover a world-class destination and one the second oldest European-founded city in the Americas. 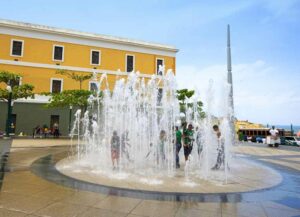 Start your food and history inspired journey at the Quincentennial Plaza on the north side of the city. Built in 1992 to commemorate the 500-year anniversary of Colombus’ first voyage to the Americas, guests can see a granite and clay totem standing 40 feet tall. The tower was built as an homage to the New World and its origin. 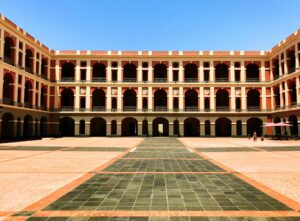 You don’t have to walk far to reach your next stop. The historic Ballajá barracks lie directly across from the Quincentennial Plaza. This open-concept building was built within the “walled-city” from 1854 to 1864 for Spanish troops. Today, guests can step inside to explore Museo de las Américas where the building is now used for educational and cultural activities. 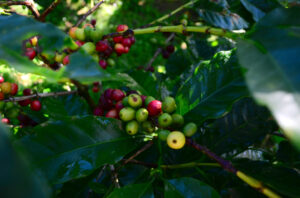 Just inside at Café Don Ruiz, hungry visitors savor a bite at the fourth-generation coffee shop with beans collected from the southern Puerto Rican town of Yauco. This single harvest, medium-dark roast specialty gourmet coffee was hand-picked and proves satisfying to the palate. The result is a slightly varied roast from an espresso that still teases at the complex flavors of the Arabica beans without losing its exquisite fragrances in the process. 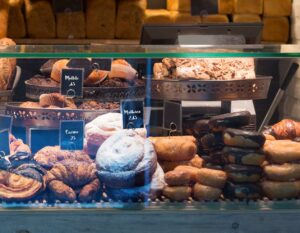 While you’re here, enjoy a truly unique tasting experience by savoring the café’s mallorca. Known as ensaïmada in every other Spanish speaking country, these local favorites were made from lard to keep day laborers sustained from morning until evening through a long day of work. But in Puerto Rico, the mallorca took a bit of a different twist. These tasty treats are now served up as a popular sweet bread sandwich or pastry making for a perfect start for a day of exploring. 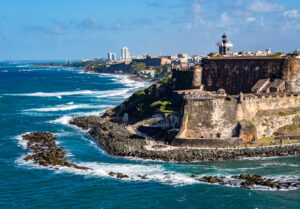 After a satisfying and delicious breakfast, step out of the colonial headquarters and soak up the views from the majestic castle of San Felipe del Morro. Simply known as El Morro, this astounding fortress at the north-west tip of Old San Juan carries with it over 500 years of Puerto Rican stories. Cast your gaze downward right past the fortification and towards the ocean. Take a moment to feel the trade winds dancing off your face. You’ll also pass the Santa María Magdalena de Pazzis Cemetery, a municipal graveyard that serves as the final resting place of prominent and important people in Puerto Rico’s history. 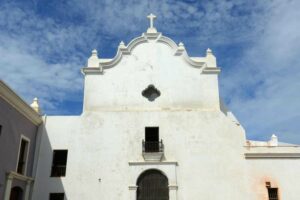 When you‘re ready to head downtown for more history, stop and explore the beauty of San José church. As one of the most significant pieces of colonial architecture on the island, it’s also one of the earliest surviving examples of the 16th century Spanish Gothic construction. The Statue of Puerto Rico’s first governor, Juan Ponce de León stands right outside. Impress your travel companions by explaining that the governor is actually buried at the site where the statue stands. The governor’s final resting site also points towards Caparra, where he wanted to establish the city.

There’s lots of history to see in Old San Juan, but don’t worry about missing anything. Join a Historical Walking Tour of Old San Juan to get all the highlights and get an insider’s perspective at the same time. You’ll learn more about the history and culture of the area, and a guide can even customize stops to your interests.

You’ll know it’s time for a hearty snack when you feel the hot Puerto Rican sun peaking around mid-day. Follow the locals to Tortuga at the corner of the well-traveled streets of San Sebastián and San José. This delightful local bakery rose to the challenge of providing inexpensive, fresh, and delicious food right in Old San Juan. And be sure to scoop up Puerto Rico’s most popular baked-good called the quesito. This crowd pleasing creation of cream cheese and caramelized sugar-coated puff is sure to command a second helping. 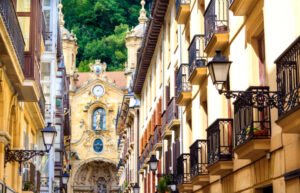 Finish off your quesito and gaze upon San Sebastián Street to see the same path that hosts the largest festival on the island. You’ll also see one of the world’s Top 50 bars, La Factoría, and the market that brought craft beer to the island, Taberna Lúpulo. You may even want to come back after sunset and take in the views while sipping on a cold brew. 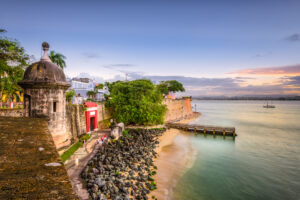 The famous Door of San Juan, once the main entrance to the walled-city.

Continue down the blue cobblestone roads of Old San Juan until you wander to Calle Sol, or Sun Street, where the White Bastion is located. Step inside to discover the former residence-now-museum of the descendants of Ponce de León. Next, walk further down the narrowing, gorgeous alley to see the Door of San Juan where the main entrance to the walled-city during its Spanish colonial ruling.

The Cathedral of San Juan is located just up the hill by the Caleta de las Monjas. Here lies the exact spot where a compass would mark true north, south, east, and west of San Juan. Stand right outside and align yourself with the altar to find it, or keep walking and make your way to the artery of the city, San Francisco Street. After some twists and turns, this main avenue eventually ends at the Western City Wall. If you ever find yourself lost in Old San Juan, just reset yourself along San Francisco Street to find your bearings and be on your way. This time, you’ll find the way to mofongo! 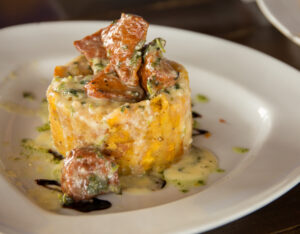 Mofongo is a traditional Puerto Rican dish with plantains which are picked green and fried, then mashed with salt, garlic, and oil in a wooden pilón.

Modern day explorers working up an appetite can take the path and find their way to lunch at Hecho en Casa. This family-owned restaurant embodies its mission statement, “Made at Home” with the most delicious infusion of our island’s beloved staple dishes.

Mofongo, a mashed deep-fried green plantain can either be served stuffed with chicken, beef, or pork, or served up as a tasty side dish. You might find some recipes call for a broth to soften up the plantain, and others might call for a healthy dose of garlic to make a creamy sauce to accompany it. Hecho en Casa ensures everything is locally sourced, made from scratch, and created fresh. 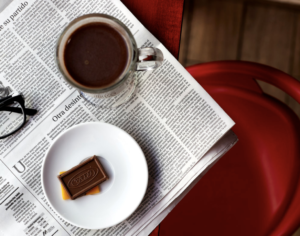 It’s time for something sweet, and over at Chocobar Cortés, thirsty visitors find dessert and cocktails waiting. Owned by a renowned Puerto Rican family, they infuse local, traditional hot chocolate with an actual chocolate bar. As the only bean-to-bar manufacturer in the Caribbean, the family celebrates it by making chocolate the star of almost every dish. Savor the sweet flavor whether you’re sampling their mahi-mahi ceviche in tostones, sipping a Choco Martini, or enjoying a delicious Forteza Brulée.

Whatever you choose to savor, read the Cortés’ story written across the walls of this popular establishment. Learn how the family established themselves as a pivotal force in Puerto Rican education and advocates for the arts. The Cortés Foundation can be found on the second and third floor of the restaurant where they present a curated exhibition showcasing pieces from Puerto Rican and Latin-American artists. 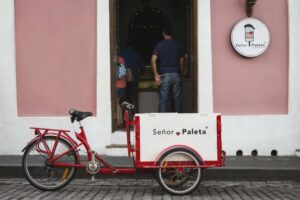 For one last bite, head across the Arms Square and down the Bastion of the Palms at San José street to find Sr. Paleta, a hyper-local ice cream pop shop that has grown wildly popular in Puerto Rico. Choose from a selection of frozen treats and take a break to enjoy the view at the Bastion. This resting stop was once used as a San Juan defensive system.

Along your walking tour of Old San Juan, you may have noticed that you’ve made a medieval transition from inside city walls to outside the walls. That means it’s time to celebrate with a drink! 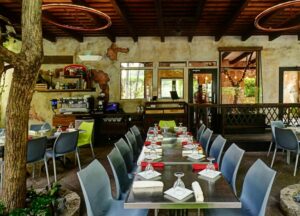 We can’t think of a better place for a cold beverage than at Princesa Gastrobar, the most complete collection of spirits. Step over to their Rums of Puerto Rico bar for your own taste of the island and get a history of all the rums the island has to offer. 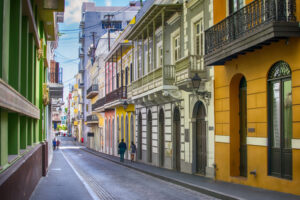 To get a true immersion experience of Old San Juan, take a tour that visits a local market and tempts you with fresh produce, dishes, and drinks. You’ll also get to savor local rum and drinks and island delicacies. Buen provecho!

This article was originally published on ShoreTrips.