Posted on September 20th, 2019 by Malachi Rempen in cartoons 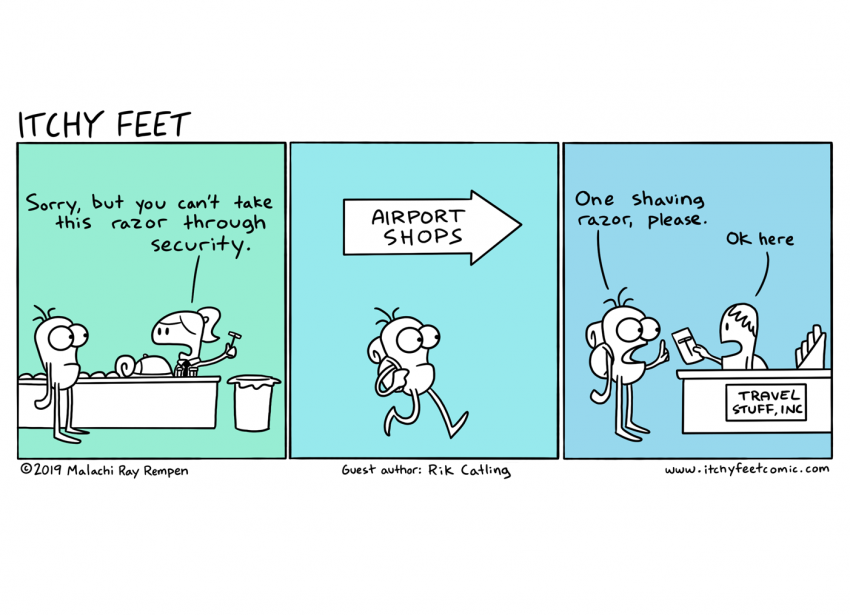 Malachi Ray Rempen is a filmmaker, writer, and cartoonist raised in Albuquerque, New Mexico on green chile and wanderlust. Apart from English, he speaks German, Italian, and mediocre French, as well as a tiny amount of Spanish and the Venetian dialect. He can say exactly one useless phrase each in Russian, Mandarin, Turkish, Greek, Icelandic, Finnish, Polish and Hebrew, and knows one single word of Hungarian.Malachi has lived in Los Angeles, Lyon, Al Hoceima (Morocco), Mirano (Italy) and currently lives in Berlin, Germany with his wife Iris, son Noah and cat Rita. He hopes never to settle down.

Posted in cartoons | No Comments »
Tagged With: