Independent contractors now make up over fifty percent of all travel advisers in North America, and one of the biggest challenges they face is finding new prospects.

They become captivated by stories of the agent who fell into a large booking from someone who found them on Facebook. They don’t realize, the this is typically an anomaly and one or two marque bookings does not make a business.

There are a number of agents who do use social media successfully as part of their attraction strategy, but they know they must be consistent and persistent in their efforts to build relationships with prospects.

When I see agents chasing leads online, especially group or luxury leads, I am reminded of the story “Acres of Diamonds.” I was introduced to it early in my sales career and it has had a profound impact on my life ever since. It is a true tale of an African farmer as told in a speech by Russell Conwell, the founder of Temple University. However, no one recites it better than the late, great Earl Nightingale (watch it on YouTube), but here is my take on the short version.

After diamonds were discovered in South Africa, a gold rush like frenzy took place. The farmer was so taken with tales of riches that he sold his farm and set out on a journey to search for them on his own. Several years later, after spending the proceeds from the sale of his farm and with no luck finding any diamonds, broke and despondent, he threw himself in a river and drowned.

Meanwhile, back at the farm, the new owner was walking around the property when an unusual rock caught his attention. He took it home and displayed it on his fireplace mantle. Several weeks later a visitor to the farm asked him about the rock on display. After closer examination, he proclaimed that it was one of the largest diamonds he had ever seen and asked if there were more. The owner said there were many, but this was the largest he had found.

The farm became one of the richest diamond finds in all of Africa and, as the story goes, was the beginning of the DeBeers Diamond Company. The first farmer literally owned “Acres of Diamonds” but threw it all away because he didn’t recognize them in their natural, uncut state.

You too are sitting in your own Acres of Diamonds, we all are. Instead of wandering around the internet in search of diamond, take a walk around your own farm – you might be surprised at what you will find. Your farm is your community, friends, family, co-workers, and acquaintances. We simply need to learn to recognize the opportunities that are right under our feet. 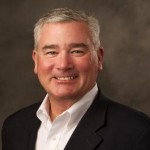 Dan Chappelle is a professional sales performance expert. His training and consulting firm help develop sales focused business leaders and entrepreneurs in the travel and tourism industry. His bestselling book, Get Your S.H.I.P. Together: The Wealthy Travel Agent Guide to Sales is available on Audible.com and Amazon.com.

For information on how Dan can help transform your business, visit: www.DanChappelle.com