As much as I enjoy speaking to groups of people and sharing my ideas and experiences, I understand how difficult this may be for others. I have no intention of minimizing this very real fear.

It would be easy for me to suggest that, if speaking is in fact public a genuine fear of yours, it is time that you get over it. As much as I would like to say that, I will not.

If you are interested in growing your business, there are a number of topics needing to be addressed. You will be meeting new people. You will have a service to offer them. They will not have a reason to accept or reject your offer until they understand exactly what your offer is. END_OF_DOCUMENT_TOKEN_TO_BE_REPLACED

Flowing with the Danube
by Joseph DeLoach
February 18, 2020

Running through Central and Eastern Europe is the Danube River. It flows for 1770mi through 10 countries and is one of the most important rivers in Europe. Today, this river provides hydroelectricity and drinking water to many nations. But, where it really shines for the traveler are the cruises that showcase the traditional architecture, culture, and landscapes that run along its banks. The Danube is a treat, perfect for cruises to view and experience the multicultural shores of this river.

END_OF_DOCUMENT_TOKEN_TO_BE_REPLACED

The Southern Charms of the Lower Mississippi
by Joseph DeLoach

The southern United States is a destination of lush landscapes and rich history, from mighty oaks decorated with hanging Spanish moss to music that has remained soulful through time. One of the more prominent sights in the South is where the Mississippi River meets the Gulf of Mexico. An area that has been historically diverse in cultures, which often means phenomenal food and a variety of unique experiences. the traveler can take their time on a riverboat cruise along one of the most iconic rivers in the United States. END_OF_DOCUMENT_TOKEN_TO_BE_REPLACED

A business lesson that is hard to come to terms with is the fact (the truth) that you can’t be all things to all people. You can try. You can even succeed at times but, in the long run, you will be shooting yourself in the foot.

To become exceptional at what you do and thereby distance yourself from the competition, you must become very good, very knowledgeable, and very focused on your chosen subject matter.

Are You Asking For The Business?
by Mike Marchev
February 17, 2020

I recently asked a seasoned travel professional what he thought the difference was between an average salesman and a special sales professional.

His answer was quick and shared without hesitation. He said, “Professionals ask for the business. Amateurs don’t.”

Contrary to a popular belief, asking to be of service has nothing to do with aggressive or manipulative behavior. The question is, “Do you want to sell by accident or do you want to position yourself as a leader in your field?”

The choice is yours, but here are a few facts that might influence your decision: END_OF_DOCUMENT_TOKEN_TO_BE_REPLACED 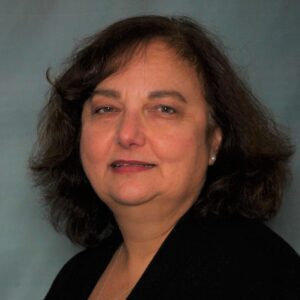 Over the past 30 years she has had various roles in business development in the travel industry. Throughout my career she has worked in tour operation with Air Canada Vacations, Travelbrands and TMR Holidays in Canada, along with retail management of Solways Travel and GTA Travel a seller of accommodations and transfers. Having worked in various avenues of the travel industry in Canada, she has gained valuable experience in sales, operations and marketing of travel products through both retail and wholesale clients. Vicki’s position is presently Director of Business Development, The Americas, with Blue-Roads Touring and Topdeck. This allows her to oversee key distribution partners in the Americas, developing, coordinating and implementing new strategic plans to advance existing business and secure new sales opportunities. Vicki is tasked with both forming new business partnerships with the brands’ key distributors, while further managing relationships with current distribution partners. It is an exciting time in travel, as clients are looking for unique experiences in their travel adventure. END_OF_DOCUMENT_TOKEN_TO_BE_REPLACED

OK, so the whole Pythagorean Theorem never played a role in your life beyond eighth grade.  Maybe you never needed to rely on Ohm’s Law beyond Physics 101. You might even have trouble balancing your checkbook at times (does anyone still do that?). But if you are in business for yourself—full or part time…home or office based, here’s some math you need to know. END_OF_DOCUMENT_TOKEN_TO_BE_REPLACED

“Criticism may not be agreeable, but it is necessary. It fulfills the same function as pain in the human body. It calls attention to an unhealthy state of things.” ~ Winston Churchill

Even at its best, when presented with tact and grace, criticism can be hard to take. When phrased as a complaint, criticism can be even tougher to endure. There is no doubt we have fostered a culture of complaint in our economic, political, and social system.  We have even trained people to complain as a way of getting windfalls in free services and goods.  Complain loudly enough and you get your way, we seem to be saying.

You need a response to criticism, one that demonstrates your company’s no-nonsense ethic.  Here is what I suggest. The next time you are criticized, say this:

Postcards from Around The World: Antarctica
by Britton Frost
February 14, 2020

After our awesome call in Buenos Aires and a stop in Montevideo, Uruguay, it was time for us to go “with the floe” in Antarctica. This was our third visit to the White Continent. The first one in 2000, we went on an expedition ship that allowed for six landings in Antarctica, six in sub-Antarctic islands and one in Cape Horn. Our next visit on Holland America’s Amsterdam was during her 2012 World Cruise, and this third one is again aboard the Amsterdam on her current World Cruise – our last two visits allowed us to enjoy Antarctica’s icy panoramas from the ship. END_OF_DOCUMENT_TOKEN_TO_BE_REPLACED

Break Away From Your Comfort Zone
by Mike Marchev

This is a huge error in judgment. We have become too busy to care for the only differentiating factor we have, ourselves. I have no intention of waxing eloquent by suggesting you do something that is totally out of the realm of possibility. END_OF_DOCUMENT_TOKEN_TO_BE_REPLACED

This week’s short stories focus on several bright ideas for September 2020, and I’ve kicked off with a very tasty offering for the York Food and Drink Festival. Just under 2-hours north of London and easily accessible with Virgin Atlantic direct flights into the northern gateway of Manchester, it includes a class at the Cookery School at the 5-star Grand Hotel. Beer, tea, and wine-themed tours come next – followed by an absolutely fabulous garden tour to the Wisley Flower Show, the flagship home of the Royal Horticultural Society. Plus, for this year only folks, the floral extravaganzas at fairy tale Leeds Castle and in majestic Salisbury Cathedral. For fans of murder mystery novels, I’ve closed with a heads up for the International Agatha Christie Festival on England’s Riviera.

END_OF_DOCUMENT_TOKEN_TO_BE_REPLACED 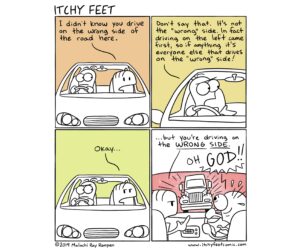 END_OF_DOCUMENT_TOKEN_TO_BE_REPLACED

To Serve Through Sales
by Dan Chappelle
February 13, 2020

I am an evangelist for the benefits of having a sales-focused travel business. In fact, selling is one of the oldest, most honorable, and high-income professions in the world; but, at its core, it is about serving others.

We serve at the pleasure of our customers. As a result, our compensation is in direct proportion to the value of the service we provide, how it fulfills their needs, and the number of our customers we serve.

Here are four things you can do to serve your customers well. END_OF_DOCUMENT_TOKEN_TO_BE_REPLACED

The word “regret” has very little room in your future vocabulary. What you don’t want, and can’t afford to happen, is to look back in your past and utter the useless phrase, ”If only I had…”

Good, bad or indifferent, everything that happened in the past has fast become yesterday’s news. Granted, you probably learned something from each mistake you made (hopefully), and you took a bow or two for your success stories. Good for you, in both instances. END_OF_DOCUMENT_TOKEN_TO_BE_REPLACED

Go Out And Make Yourself Smile
by Mike Marchev
February 12, 2020

Do you feel comfortable when asking your customers, “How was your experience with us?” Here is a better question: Do you even ask your clients about their recent trip? I am betting you don’t. And the reason why you don’t is because you are afraid of the answer. Am I getting close?

In a number of cases, you should be hesitant. The truth is that you are in total control of this answer. It is up to you to make your clients, customers, and guests feel very special. If you want a reply that will make you smile and feel good, do what needs doing to make that smile appear more often than not. It really is not much harder than that. END_OF_DOCUMENT_TOKEN_TO_BE_REPLACED

The southwestern United States is a place of simple beauty. Plateaus and plains stretch across its seemingly endless horizon, interrupted with majestic mountain ranges and forests. Though the rusted red and orange of the southwest (particularly in the stunning sunsets) shines untamed by the modern world, this is only the beginning of where Southwest Adventure Tours starts. They’ve got much more planned for the traveler and the agent alike.

Southwest Adventure Tours has spent years searching out the best of the best in the American Southwest. For instance END_OF_DOCUMENT_TOKEN_TO_BE_REPLACED

The Galápagos with Goway Travel
by Joseph DeLoach
February 11, 2020

As if South America’s allure couldn’t get better, in comes the Galápagos Islands. These islands off the coast of Ecuador are where nature is revered over development, where Darwin is said to have started on his Theory of Evolution. The Galápagos are a view of uniqueness, in the true sense of the word.

END_OF_DOCUMENT_TOKEN_TO_BE_REPLACED

The Truth About Common Sense
by Mike Marchev

The truth about common sense is that it is not common at all. During this year’s Super Bowl Game, I found myself discussing this topic on-and-off during the many commercial breaks.

What I personally find to be incredibly obvious does not appear to be acceptable behavior by a great number of others. It has taken me many years to come to terms with this understanding. Not everybody thinks, nor behaves, like me.

Here is a question for you: END_OF_DOCUMENT_TOKEN_TO_BE_REPLACED 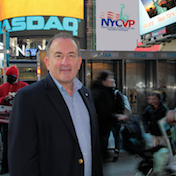 Joel Cohen is a travel industry veteran, having worked closely with the President of New York City Vacation Packages, Barry Tenenbaum, for over 40 years. Both an accomplished author and speaker, Joel Cohen has appeared at many travel industry events. He was once named the Who’s Who of American Business Leaders, and with his customer first attitude it is no wonder why. Joel has helped to build great relationships with both travel agencies and industry suppliers. END_OF_DOCUMENT_TOKEN_TO_BE_REPLACED

Refuse To Get Bored
by Mike Marchev

New Orleans is where I first read the four words in today’s title, and they immediately caught my attention. I was waiting for a flight to Atlanta while reading the Sunday edition of The Times – Picayune wondering what the heck a “Poboy” was on the breakfast menu.

Refuse To Be Bored read the headline.

Just the day before, I had shown a slide during a franchise presentation which read “Mistakes are never boring.” I think this is why I made the connection with this particular headline. I wanted to know more. END_OF_DOCUMENT_TOKEN_TO_BE_REPLACED

Times are changing. In the past thirty years, we have seen such an incredible technology explosion, it is hard to keep up. But you must if you are to survive in an industry such as ours.  It is dog eat dog.

Gone are the days when your competition was down the block from you and you were both vying for old Miss Smith’s business. END_OF_DOCUMENT_TOKEN_TO_BE_REPLACED