Don’t ask your cat to fetch: the relationship between social media marketing and sales | TravelResearchOnline

Don’t ask your cat to fetch: the relationship between social media marketing and sales

Posted on May 3rd, 2020 by Richard Earls in Publishers Corner

I still hear many travel professionals complaining they don’t “make sales” from their website or their social media efforts. For some inexplicable reason, digital efforts like social media marketing take the brunt force of a lot of misplaced expectations. In a correctly understood marketing campaign, tactical sales is not primarily the role of social media marketing. Public relations doesn’t make “sales” either, but few would diminish its importance. Complaining about Facebook not making sales is like being upset at your cat for not playing fetch – it’s simply not his job. 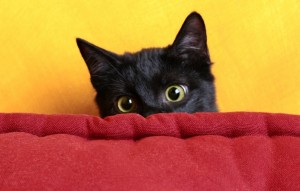 Each effort in a marketing campaign has its place. Certainly measuring as precisely as possible the ROI for any component in a campaign is both necessary and important. But marketers also must understand each effort in its proper context. I use emails to make tactical sales. I use social media to build relationships so people will subscribe to my emails and to fine-tune my sales efforts. The two tactics are not interchangeable and each has a purpose in the context of a coherent marketing strategy. Yet, too often, travel professionals equate the efforts and expect them to function separately from the other.

Marketing should nurture the sales environment

Perhaps at one time it was fairly easy to trace back the causative factors resulting in a buying decision. The complexity of the media landscape now, however, makes such simple analysis nearly impossible. It’s difficult to draw a straight line between any one contact point and a buying decision. The difficulty, moreover, sometimes leads to the wrong conclusion.

Here’s a quick example: Let’s say I’ve been inspired by years of childhood  Johnny Weissmuller movies to dream about someday taking a safari. A Google search leads me to a Wikipedia article then to a couple of websites where I find some social media links. I Like the safari companies on Facebook and their posts float by me when I’m looking at videos of cats chasing laser dots and playing fetch. I sign up for a couple of newsletters on the safari companies’ website. I discuss the trip with friends who have been on safari and have their own favorite safari outfitters.  A year later, after many email offers, discussions with friends, articles in magazines, tweets and posts, I decide to make the leap and buy a safari from a company suggested to me by the Facebook algorithm.

Which of the many points of contact over the past year is the causative factor of my safari purchase? I would argue no single factor but rather the cumulative impact of my total exposure to all of the marketing efforts of each of the companies I explored. Why do I buy from one vendor to the exclusion of others?  Admittedly anecdotal, I am more likely to purchase through a company whose ethic and temperament most closely matches my own. This is another way of indicating that we do business with companies we like and with which we have a relationship. Therein is the role for social media – to condition the sales environment.

Staying top of mind is the marketer’s challenge

The buying decision may happen in close proximity to a tactical sales effort or long thereafter. But every point of contact, every engagement builds the relationship finally culminating in the purchasing decision with one retailer. The buying decision is a matrix, not a straight line.

Conversion is not a 1:1 path, but a matrix of influences finally triggered by the right marketing at the right time.

Share your thoughts on “Don’t ask your cat to fetch: the relationship between social media marketing and sales”