Africa Reconsidered in the Age of COVID | TravelResearchOnline

Africa Reconsidered in the Age of COVID

Posted on August 13th, 2020 by David Cogswell in The Incessant Traveler

In the Age of COVID, the world in which nearly all countries competed fiercely for the American tourist dollar is a fading memory, and today there is a relatively small list of destinations that welcome Americans.

Sad as it may be for Americans to give up the throne of favored tourism demographic, being unwelcome is a minor problem compared to the possibility of catching the deadly disease. In terms of both of these issues, and some others besides, Africa emerges as a strong possibility when considering venturing out again after months of sheltering to avoid COVID.

An interview on NPR’s Fresh Air with Michael Osterholm, founder and director of the Center for Infectious Disease Research and Policy at the University of Minnesota and author of Deadliest Enemy: Our War Against Killer Germs, provided a picture of how COVID transmits that can be helpful in judging the relative risk of various environments.

After months of research and intensive experience treating patients, epidemiologists and doctors have learned that the main means of transmitting the virus is through the air we breathe, and the breath we share with other people in enclosed spaces.

Osterholm said he no longer worries much about contaminated surfaces.

“Clearly, the surfaces play a very, very little role at all in transmission of this,” he said. “I think we’ve gone way overboard relative to the disinfection and so forth, and we’ve made people feel very nervous about just opening a package, that type of thing. And I think that’s been unfortunate. I mean, this is really all about air. Breathing someone else’s air where the virus is present.”

Transmission of the virus via surfaces, he said, will not “be the major challenge with this virus… It’s the air that we share with each other that is critical. That’s why distancing is so important.”

Handwashing remains an essential precaution against all disease, but beyond that distancing and wearing masks are the most important precautions for stopping the spread of COVID. Enclosed spaces inhabited by groups of people pose the greatest danger.

“When you and I talk, we fill a room full of aerosols,” said Osterholm. “If you actually had a special camera (that does exist and you can do this), you can actually see aerosols fill the room and these little particles after just 20 or 30 minutes of talking. So, anything that moves air and moves that out more quickly is surely helpful.”

Out in the open, said Osterholm, “the virus dissipates quite quickly into the air. If there’s any air movement around, it literally blows the cloud away and, in a sense, disintegrates it. And so that would mean a lot less exposure to someone breathing the air near someone else who might be infected.”

The virus, a mere strand of DNA or RNA in a protein shell, does not remain intact long in the open air.

“Outdoors has its own natural, in a sense, air conditioning,” he said. “I often hear people talking about the risk of going to the beach, and ironically, beaches are probably some of the safest places to go to if you’re not literally cheek and jowl with someone, just because the wind is blowing all the time. It’s creating, in a sense, kind of a cleansing of the air where that virus might come out.”

In enclosed spaces where the ventilation is not moving air very much, Osterholm said, “that aerosol that that person is breathing in that conference room is going to build up over time. And so, you are going to be a greater risk in that kind of a setting.”

There is also a time factor in transmitting the disease. Researchers have noted that those who contract the disease have usually spent some time around someone who is infected. Protecting yourself becomes a matter of calculating risk. The more time spent in an enclosed space with someone who has it, the more likely you will be infected.

“People often think of transmission with this virus almost like tag,” he said. “I get close to somebody who’s infected – ‘Tag! You’re now it.’ It’s not at all. It is time related. We’re working on this, and it may be that you need many minutes to be in an environment where this virus is in the air and you need to inhale it in, and the amount of breathing that you do at a certain level before you get infected, it’s not just a yes or no. It’s a threshold.” 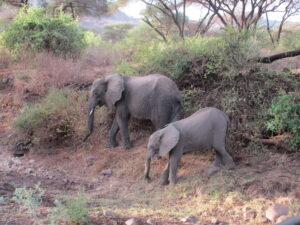 As the mechanism of transmission becomes better understood, the ways to protect yourself also become clearer. One emerging strategy for reducing risk is known as “bubbling,” which means limiting your associations to a small group of people, a bubble or a pod, who are well known to you and known to be uninfected.

The MIT Technology Review defined the bubble strategy as follows:

“Holing up with groups of friends or neighbors or other families during lockdown has given many people, especially those stuck home alone, a way to relieve isolation without spreading covid-19. These groups are known as bubbles, and new computer simulations described in Nature today show they may really work.”

Bubbling has appeared as a practical way to reduce risk without completely isolating oneself. Given what has been learned about the transmission of the virus in enclosed spaces versus outdoors, and the bubbling strategy of reducing risk, small group adventure travel emerges as one of the safest ways for people to resume traveling.

That makes the African wilderness one of the safest places to be in the time of COVID. The African bush is the ultimate open-air environment. And it’s possible to travel there with a limited group of family or friends.

“What’s being talked about is receiving bubbles,” said Sue Smart, marketing director of Kwando Safaris in Botswana. “It appeals to the well-heeled charter market. The only thing they would consider is a group private chartering in, staying at a camp on an exclusive basis and then going out. But how you get here, the average airport or large aircraft, negates the social distancing. Our government has discussed doing a private charter industry, but it’s not in everyone’s budget.”

Bubbling could almost eliminate risk for travel in the African wilderness, but there is still the problem of getting there safely.

“A small group can take a small camp exclusively,” said Jacques Smit, marketing director of Sabi Sabi Private Game Reserve. “Having a private air strip helps to avoid unnecessary contact at airports. When you arrive in the bush at a small camp that sleeps 10-12 people, the enormous protocol that’s been spoken about is out the window. A family that’s spent 100 days of the lockdown together is suddenly experiencing four or five days in the bush. No need for masks or chemicals or the strict requirements to keep things clean. We operate in an open-air, pristine wildlife environment.”

The biggest risk remaining at the moment is a commercial flight to Africa.

“The challenge in going on safari is getting to JFK or Atlanta or Dulles and spending the time on the long-haul flight,” said Smit. “Once you get here, we’re going to be able to whisk you off to Botswana, Zambia, Tanzania, whatever. Once in Africa, I feel very confident when I look around at how we operate and all the protocols we had to go through to even think of reopening. We’re ready to offer a safe environment, minimize the risk, and make sure should something happens, you get the best possible care.” 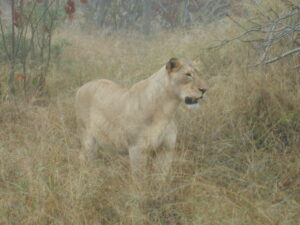 A Boost for Ecotourism

The global shutdown caused by the Coronavirus has caused many people to reassess their relationship with nature, to rethink overtourism and to place a higher value on sustainable and nature tourism. It’s another trend that leads back to Africa.

“When you talk about the industry needing to hit a reset in coming out of COVID, in Africa we’re leading by a long way,” said Shane White, co-owner and marketing director, Wild Horizons in Zimbabwe. “A lot of what you read about in terms of how the tourism industry has got to change we’re already doing. We don’t deal with mass tourism. Without our lodges and our industry on the ground to assist the governments that are cash-strapped conservation would be very different.”

“With sustainable tourism practices, these companies are doing remarkable things for conserving and preserving cultural heritage as well as wildlife heritage,” said Warren Green, of Warren Green and Associates, a tourism marketing group specializing in Africa. “Without companies like that, many of these pristine wilderness areas would soon become agricultural fields and misplaced communities.”

“When you think of luxury, what I think of is small boutique properties where you give something back and feel good about yourself,” said James Haigh, marketing director for Lemala East Africa, an operator of lodges in Tanzania, which is now one of the few countries that is open to Americans. “Africa does that in spades. Africa sort of backed up into the zeitgeist. We’ve always done that.”

In the Age of COVID, the world is catching up with what safari lodge operators have been doing for a long time.

“What we’ve been preaching for four decades about safari etiquette is really just how to treat animals with respect,” said Sabi Sabi’s Smit. “The sad thing is with a drop in tourism the impact we have on the community environment is hardest hit. In Africa, tourism is conservation. Take tourism away and there is a real danger.”

Share your thoughts on “Africa Reconsidered in the Age of COVID”