Posted on August 16th, 2020 by Richard Earls in Publishers Corner

Instinctively, we seek out heroes. In our political, social, and family life, we know the value of a person who will step up and take charge, who will risk safety and comfort for a greater good. Heroes remind us of what is best in the human character. Deep in our archetypal psyche, the stories of men and women who have managed to persist against great odds holds a special place.  Our religion, literature, folk tales, and movies all tend to revolve around the individual on a quest, willing to do the extraordinary, inspired by a deep passion.

We find ourselves in need of a hero, now and always, and especially in the midsts of our current situation with the travel standstill. We could all use a bit of encouragement. 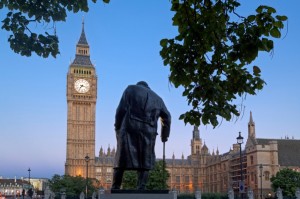 One of the ways that successful business people of all types manage to persist even in the face of adversity is to find personal heroes. When business is particularly difficult, it helps to have lessons from giants who have faced even greater adversity and whose perspective was broader than our own.

When business is particularly good, it helps to have models of leaders who have seized a moment and run with it.

Take some time to investigate the biography of a historical figure in which you have some interest and learn more about them. Don’t overly invest in the person… even heroes have human flaws. In fact, those flaws are what make them so very human and capable of emulation. Rather, look to the examples of their courage for inspiration. You will often find in the words and deeds of others all of the strength you need to be a better business person and human being, enough inspiration to keep moving forward.

Want a way of en-couraging yourself in the tasks of everyday? Find a hero. It’s the best possible way to learn how to be a hero for others.

Feel free to borrow a couple of mine:

It is not the critic who counts; not the man who points out how the strong man stumbles, or where the doer of deeds could have done them better. The credit belongs to the man who is actually in the arena, whose face in marred by dust and sweat and blood; who strives valiantly; who errs, who comes short again and again, because there is no effort without error and shortcoming; but who does actually strive to do the deeds; who knows great enthusiasms, the great devotions; who spends himself in a worthy cause; who at the best knows in the end the triumph of high achievement, and who at the worst, if he fails, at least fails while daring greatly, so that his place shall never be with those cold and timid souls who neither know victory nor defeat.

Posted in Publishers Corner | No Comments »
Tagged With:   inspiration