The United States Clamps Down Harder on Cuba Travel | TravelResearchOnline

The United States Clamps Down Harder on Cuba Travel

Posted on October 1st, 2020 by David Cogswell in The Incessant Traveler

Editor’s Note: This is an opinion article. Have a different perspective? We would like to print it. Send it to supportstaff@travelresearchonline.com

I would hope the government would have better things to do than to tighten the screws one more time on the right of Americans to travel to Cuba.

The travel industry has endured enough troubles in 2020 without the most recent blow, clamping down with more restrictions, further strangling the operators of travel to Cuba.

But that’s politics. It’s an election year and Cuba has always been a political football in America. So we should expect nothing different in 2020.

Since the travel industry is at a virtual standstill because of COVID, the latest changes in Cuba travel regulations will have virtually no effect on the market now. The timing is, of course, based on the election. 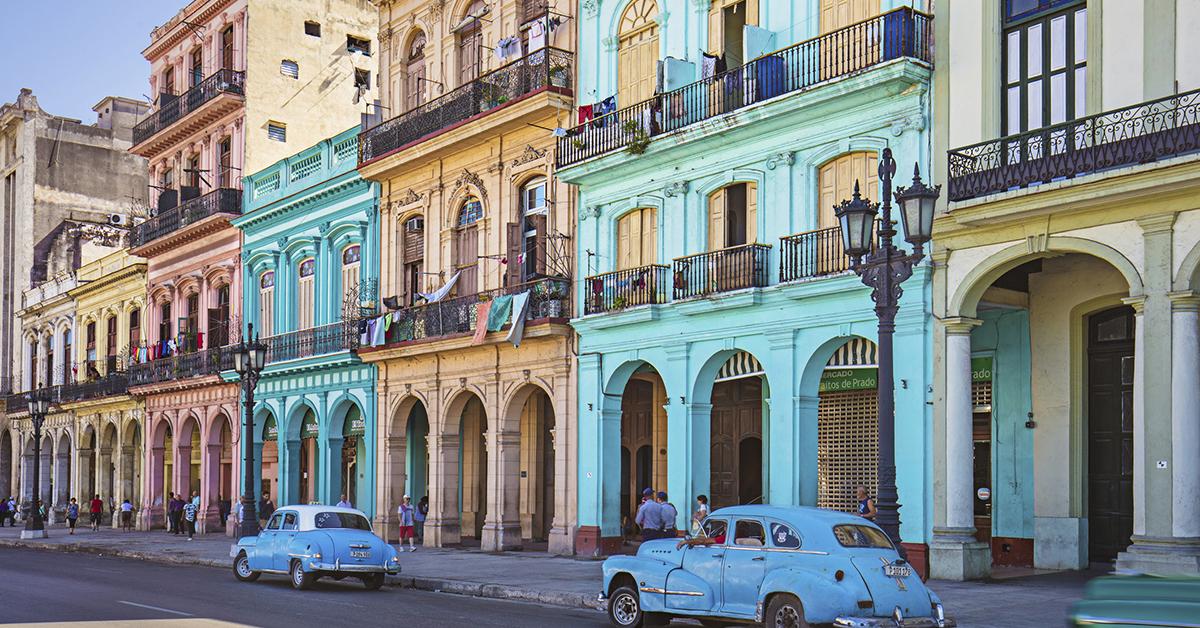 The anti-Castro Cubans who left Cuba and lost property in the early ‘60s still hold substantial political power in Cuba, and the anti-Castro Cubans are a single-issue constituency. The Cuban embargo has caused decades of untold suffering among the Cuban people, most of whom had nothing to do with the political struggles that led to the embargo.

Now we can add American tour operators, cruise lines, and airlines to the list of victims of restrictions on travel and trade to Cuba.

As Cuba has moved in recent decades further into the world market system, along with other formerly communist countries such as China, Vietnam and Russia, it has created markets for American travel companies. But when the political football gets moved up and down the field, it disrupts their businesses and they have to keep starting over.

How Did We Get Here?

The Cuban embargo is a remnant from another period of history so long ago that it’s almost bizarre that it has survived. It hardly needs to be pointed out that the world is so far removed from where it was back in the late ‘50s and early ‘60s, when U.S. trade sanctions on Cuba began.

To cut to the chase and circumvent the endless political labyrinth of Cuban-American relations, the policy was originally about regime change. And obviously it didn’t work.

It was actually President Eisenhower who originally placed trade sanctions on Cuba in 1959 to force out Fidel Castro, who had overthrown Fulgencio Batista, the previous dictator, in 1959. There was little enthusiasm for Batista in Washington, but in general he had been more congenial to U.S. interests.

Castro struck back against the sanctions, one thing led to another, and tensions ratcheted up between the two countries, leading to a U.S. invasion of Cuba in 1961 and then to the Cuban Missile Crisis of 1962, when President Kennedy placed a naval blockade around the island to block Soviet ships from bringing nuclear missiles to Cuba.

The embargo was an act of war, but it was appropriate under the circumstances. There was a terrifying standoff between the two major nuclear super powers until Kennedy and Soviet Premier Nikita Khrushchev negotiated an agreement. The missiles were removed from Cuba along with a promise that the US would never again invade Cuba.

The result of the policy was the opposite of its intention. It actually strengthened Castro’s position by making his people see him as the strong leader who was the only thing protecting them from the giant colossus of the north that was holding them under siege.

There were winners and losers in the Cuban Revolution. The history is complex, though the political positions typically tend to lock into black-and-white contrasts.

Many of those who were victims of the abuses of the Castro regime, who unjustly lost their homes, properties, businesses or even loved ones, have never gotten over it. Most of the anti-Castro Cuban refugees settled in Florida, and they still constitute an influential community and an important voting bloc.

They want restoration of their lost properties, to be compensated, and to see the end of the Castro government.

But now Castro is dead, and his brother has retired and the government has evolved into something very different from what it was even two decades ago.

Over the years the Cuban government has gradually opened free markets. The system of government evolved from the communist model of the 1960s to a kind of socialist/free market hybrid, as did China. Cuba trades freely with most other countries, but because of the embargo, not with the U.S.

For most Americans the grudges of the early 1960s are long past and of little relevance in the 21st Century.

Cuba’s social structure is different from that of the U.S. But it has proved viable in its own way, and has evolved into a participant in world markets. So most of the objections to what Cuba was are no longer relevant. But we still have an embargo in place.

I spoke about it to an American tour guide in Cuba, who lost his livelihood when an executive order in 2017 clamped down on the blossoming travel industry there. I asked him for his opinion on the question: If the embargo was put in place to force regime change and it never achieved its objective, why is it still in place 60 years later?

“You can’t hold it against people who lost in the revolution, who lost property, or family,” he said. “I haven’t walked a mile in those shoes, so I can’t judge.

“But it’s a failed policy that has done a lot of damage and hurt a lot of people who had no part in it and shouldn’t be punished.”

“This blind revenge is just rage,” he said. “It doesn’t care who gets hurt. I don’t blame them for feeling that way. But this is not the right thing. It’s hurting a lot of people.”

From his years of experience guiding Americans on tour in Cuba, he had reached the conclusion that the embargo served virtually no practical purpose, for anyone. Or almost anyone.

“The policies toward Cuba are just politicians putting the screws on Cuba. The policies are not only disastrous, they have zero chance of effecting any kind of change in Cuba.”

“But it’s still a big win for Rubio, who continues to galvanize his base and extract revenge for people displaced or killed in the Revolution.

“The Cuban people will suffer and nothing will change. Ironically, capitalism, which could be the greatest change agent in Cuba, is grinding to a halt.”

People to People travel, a policy that was originally put in place by President Eisenhower in the 1950s in respect to travel to the Soviet Union, was a way to let people of the respective countries experience cultural exchange that might build good will even if their respective governments are locked in disputes.

Eisenhower, who had seen the worst of war as leader of the Allied Invasion in World War II, saw that cultural exchange as a vital force in the efforts to prevent more war.

Cuba’s culture, with its music, dance, painting, cuisine, vintage cars and historic architecture, has great richness to offer an American traveler. That’s true now, in a sense, more than ever.

In the time of the COVID pandemic, there is an extra reason to visit Cuba and learn about its way of life. Cuba has an extraordinary healthcare system that has been lauded around the world.

Cuba’s national health system provides care to all its citizens without charge. It also produces innovative cures, techniques and technologies that it exports to the rest of the world.

Margaret Chan, director-general of the World Health Organization from 2007 to 2017, cited Cuba as an example for the rest of the world in terms of how to set up an effective healthcare system. Cubans have a higher life expectancy and lower infant mortality rates than the U.S.

Visiting Cuba in summer 2014, Chan said, “Cuba is the only country that has a healthcare system closely linked to research and development. This is the way to go, because human health can only improve through innovation.” Chan applauded “the efforts of the country’s leadership for having made health an essential pillar of development.”

Now that the world is in a world health crisis, the free exchange of knowledge and medical technology envisioned by Eisenhower is more important than ever. It’s just one possible benefit of cultural exchange between the two countries, but one whose value is accentuated during the present health crisis.

For now little improvement is in sight, and for Americans, especially those in the travel industry, that is unfortunate.