From USAToday to ASTA to the SeaDream, Morals Clash in an Age of Covid | TravelResearchOnline

From USAToday to ASTA to the SeaDream, Morals Clash in an Age of Covid

Posted on November 20th, 2020 by Cheryl Rosen in The Rosen Report

Travel agency owner Michael Graham is an overnight expert on the morality of selling travel during a pandemic. He took four customers with him aboard the SeaDream’s first Caribbean voyage last week – and left two behind in Barbados, in quarantine, when they caught Covid-19 onboard. (More on that below.)

Personally, I’ve learned a thing or two myself these past weeks about the moral dilemma of whether to sell travel right now. A B2B writer all my life, I was excited when the consumer press gave a shout-out to my column and my Facebook page. But soon I – and TRO along with me – found ourselves in the middle of a shoot-out between USAToday’s Chris Elliott and ASTA.

The controversy brought to mind three questions I used to tell the reporters to consider before pitching a story: Is it true? Is it news? Is it fair? No one wants to hear what you think, I’d tell them. It’s about getting your facts straight, telling both sides, and letting your readers decide for themselves.

Elliott did take both sides: he started out by giving me a shout-out for inspiring his anti-travel stance, and ended up saying he was disappointed in my pro-travel comments on his article. And indeed, I do take both sides. The issue of whether travel advisors should be selling travel right now is complicated; the answer lies somewhere in the middle and the facts keep changing.

Graham says he agrees with Elliott that consumers should beware travel advisors who lie about or try to skirt safety guidelines or tell their clients not to worry about Covid-19.

“I believe in being transparent,” he says. “Promotions for next year are fine – but if my clients want to go now, then generally I discourage them. I say, ‘I would really wait until next year.’ But because I felt so good about the protocols that Barbados and SeaDream had in place, and because I knew these clients so well, we went. I know 100 other clients whom I would absolutely discourage from going. It’s very personal; it’s up to the people who are traveling.” 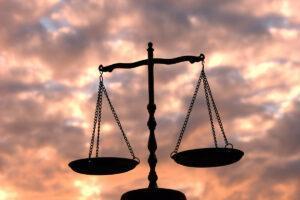 Meanwhile, the battle raged between Elliott and ASTA. Elliott fired the first shot, with an article in USAToday.com under the headline, Is it ethical to recommend travel while the world is in the grips of a second COVID-19 wave?

The issue was brought to his attention when his last column was shared on “a Facebook page for travel agents,” he said. “The controversy opened my eyes to a travel industry fighting for survival and willing to do almost anything to get you traveling again – including exposing you to a deadly virus.”

He quoted two travel advisors arguing in favor and two ethicists arguing against – and then summed it up with, “Bottom line: Don’t buy travel from anyone selling you a leisure trip in the near future. Travel companies must put their customers before commissions – and wait until it’s safe. The good ones already are doing that.”

ASTA was quick to disagree. “In every case, the decision to travel is the client’s alone,” they said in a printed response. While there is more risk now that cases are spiking again, “we couldn’t disagree more with the author’s broad-brush conclusion that selling travel of any kind today is unethical.”

Until a vaccine is available, “people can and will travel,” following health and safety protocols. “In our view, following this course is more ethical than completely shuttering an industry that supports 1 in 10 jobs in this country.”

Elliott wasn’t having it. His blog entry “Advisors blast USAToday ethics story” ran with the subtitle, “Internal ASTA memo takes aim at yours truly – and misses.”

But while he chided ASTA for advocating travel, when that is clearly more dangerous than just staying home, he sidestepped the other side of the coin. “My column doesn’t address the business aspect of travel,” he says. That’s half the story, though – for travel advisors as well as for the destinations and suppliers to whom they bring business.

By Monday, when his online article ran in the print version of USAToday, the headline had been toned down to “Pandemic spurs travel debate.” (I’ll note that, generally, managing editors write the headlines, especially at big papers like USAToday; I’d guess he didn’t write either of them.)

When I asked him for a comment, he was quick to reply.

“I started the story the way most journalists do — by asking a question that a lot of people within the industry were asking, and offering a thoughtful and well-reasoned answer. I tried to present both sides. I asked ASTA for a response twice and also solicited comments from several large travel agencies. None of them replied.”

A former winner of ASTA’s Journalist of the Year Award and speaker at the annual conference, who started in the industry writing for Travel Weekly, Elliott said, “I have a lot of sympathy for travel advisors. If you look at my work over the past six months, I’ve written so many stories recommending travel advisors. Before the second wave, I told readers that if they were going to travel, they should contact a knowledgeable travel advisor who can help them.

“All I did was ask a question. Truth is, a lot of travelers will do almost anything for a deal. They’ll overlook threats to their personal safety and substandard conditions. Bargains can short-circuit their common sense. I think that’s why they need a professional travel advisor. People are looking at ASTA advisors to tell them where to and when to go.”

So is selling travel during the spike right or wrong? “It’s wrong, obviously,” he still maintains. “You can sell all the vacations you want for 2021. But the health experts are unanimous that if you want to avoid an infection, you should stay home.”

And is he anti-travel at heart? “Are you kidding me?’ he said. “Chris is not anti-travel; without travel there is no Chris.”

Back to the SeaDream

Graham’s customers remain asymptomatic, and are expected to fly home on Sunday, when they come out of quarantine. His agency, which booked about $5 million group business last year, “has really been on lockdown since March.” He has a Zoom later today with his next group, 60 people booked on Princess on February 1. He will advise them not to make final payment, and will move the group to the same date next year. “That’s the most successful way to get people to not cancel,” he says.

As for the column, “I agree with much of it. Ethics rarely have anything to do with a situation, including a pandemic that is destroying our business. Most travel advisors that I know understand this, as do ethical business owners,” Graham said.

“At MGA Travel, I am ok with simply promoting future travel. With today’s pandemic ‘peace of mind’ travel policies, there is little harm in putting hope on the calendar. However, advising or recommending travel in the next 60 days (a moving target) is not a good idea. If there is one thing we have learned in this pandemic, nothing is certain. Any advice needs to be tempered with caution and acknowledging the fact that we simply cannot predict the future. The advisors I know and work with are transparent and honest and ethical about any subject, including traveling during or post-pandemic.”

Indeed, says Graham (noting that he is a proud ASTA Verified Travel Advisor), “I suspect the issue of outrage is the singling out of travel. Mr. Elliott could have asked if it was ethical to recommend that someone go to a restaurant, bar, rally, grocery store. I suspect he would have received a very similar answer.”

ASTA declined to comment for this column. But while Elliott may continue to insist that selling travel is not ethical, many travel professionals—and small business owners of every ilk across the country—would agree with ASTA’s stance that the column was unfair.

At the Internova Travel Group annual conference last week, for example, 10% of the 1,000 luxury customers surveyed by the Global Travel Collection said they plan to travel before the year is out. Two-thirds of the 650 meeting planners who responded to the Northstar Pulse Survey said they believe in-person events can or should be taking place. And in a quick Facebook poll of 156 travel advisors I took on Wednesday, less than half (75, or 48%) said they are not selling travel in 2020—while 57 (37%) are selling travel, and 24 (15%) are “not comfortable selling travel but doing so if the client requests it.”

And ironically, notes Graham, Elliott’s column itself ran under an ad promoting vacationing at the Biltmore House for Christmas.

“As long as clients comply with laws and regulations on their trip, they can be ethically on their way with my blessings and warnings,” he said. “Even if it’s a visit to the Biltmore House this Christmas.”

Share your thoughts on “From USAToday to ASTA to the SeaDream, Morals Clash in an Age of Covid”