What the SeaDream 1 Coronavirus Crisis Has Taught Us | TravelResearchOnline

What the SeaDream 1 Coronavirus Crisis Has Taught Us

Posted on November 25th, 2020 by Steven Frankel in Point-to-Point

As everyone knows, last month the SeaDream 1, a luxurious small ship accommodating 112 guests and 95 crew, became the first ship to try to resume cruising in the Caribbean for 2020. Roundtrips were planned from Barbados, which, along with most Caribbean nations, has a very low infection rate from the coronavirus.

After sailing without incident along the Norwegian coast this summer, the SeaDream Yacht Club’s Executive Vice President, Andreas Brynestad, said: “Our health protocols are vetted by the Barbados government, our medical advisors are aligned with CDC rules (even though we are not in US waters) and with the Healthy Sail Plan, as well [as with] CLIA rules for cruise lines.” One proof of their sincerity was the fact that of the 53 guests that were on the cruise, 20 were journalists who would get the word out if the voyage was safe and worth trying. 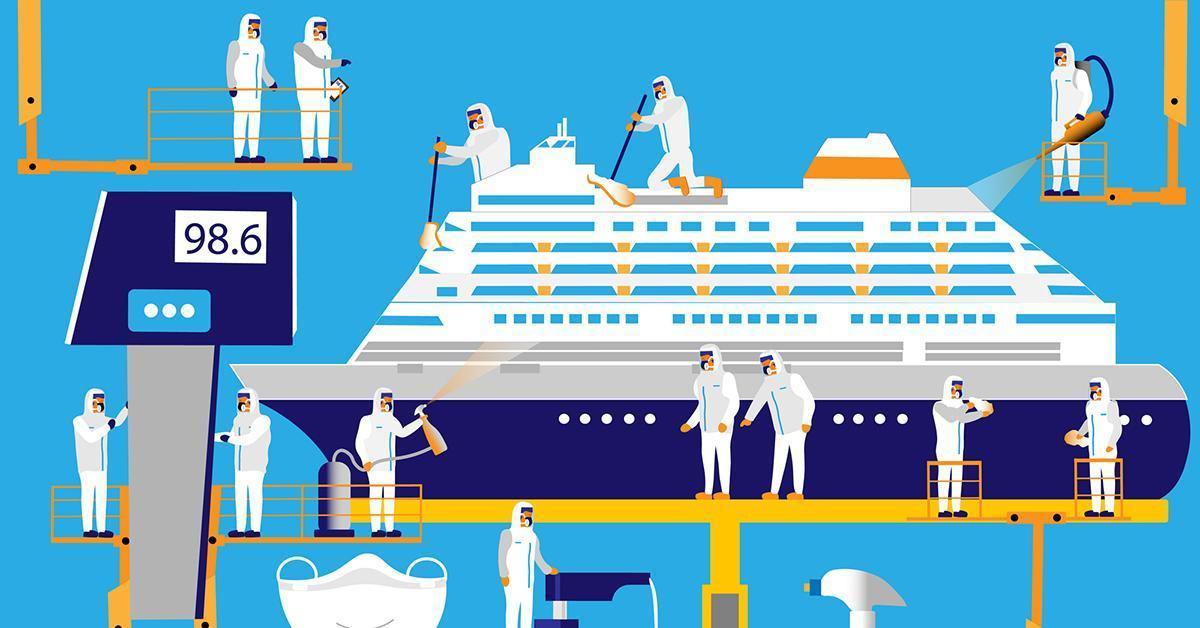 When passengers first boarded the ship, they were met by officers and crew that were not wearing masks. A local newspaper had quoted Sudesh Kishore, Senior Vice President, Hotel Operations when he said: “We do not want people to wear masks onboard. That’s why we want people to be tested prior to embarkation.” Photos of guests being greeted by unmasked officers and crew at the start of the voyage were disseminated throughout the world.

Mr. Brynestad also said, “Onboard you are inside a safe bubble (to the extent possible). Guests are PCR tested twice before boarding, including at the pier. We do wear face masks outside of the “bubble,” including at the pier and during the initial check-in/boarding process. Everything is done in cooperation with local authorities. We have face masks for everyone on board, and we continuously monitor and adjust as needed.”

The outcry was so loud, disputing Mr. Brynestad’s assertions, that by November 9, SeaDream has reversed its position and was now requiring masks if guests and crew were unable to social distance. But it was too late. On November 11, the captain announced that a passenger had tested positive for COVID-19 and the ship was returning to Barbados. On November 17, SeaDream confirmed that seven guests and two crew had tested positive.

If this had been the end of the story, it would have gone down as one more attempt by a cruise line to restart cruising without taking the needed precautions. But then the even more serious stuff started to happen.

The CDC’s guidelines (to which Mr. Brynestad said SeaDream was adhering) requires cruise ships to have made plans for safe medical quarantines of possibly infected guests and crew, and requires that infected persons be returned home by non-commercial transportation (private flights). Rather than follow these precautions, the Barbados authorities and SeaDream transported the possibly infected 46 guests (all of whom were in the incubation period) to the airport where they were booked on regularly scheduled flights. They were citizens of the U.S., England, Austria, Denmark, Norway, Sweden, Germany, and Canada. Since no coordinated effort was evidently made to contact trace people, we have no idea how many of them were actually infected and ended up infecting fellow airline passengers and those in the nations to which they returned. Thanks to this YouTube video of cruise bloggers Ben & David, here’s a detailed account by these two British guests of what occurred.

In normal times, this short-sighted, selfish behavior on the part of Barbados and SeaDream would have started an international outcry, which could have resulted in SeaDream losing its right to sail and Barbados being pilloried as a favored cruise destination. For a detailed description of what occurred, see “The Latest on the SeaDream Debacle – What Went Wrong?” and “Barbados’ tourism to get major injection starting in three months.” The second article is noteworthy for its extensive descriptions of the technology SeaDream introduced to cruising. This may have turned the corner of safe cruising, had it not been overshadowed by the company trying to win a marketing coup by being the first cruise line in late 2020 to discourage the wearing of masks. Their actions in successfully spiriting guests, who had been exposed to COVID-19, out of Barbados on regularly scheduled airline flights compounded their problems.

The cruise lines, in general, have also lost much of their credibility by refusing to return deposits and fully paid fares to thousands of persons who trusted them to act in their best interests. This, too, may come home to roost, as their most loyal customers reach the end of their patience. After a year of legal mumbo-jumbo, probably many who have traveled on the lines many times before will decide that they would prefer sailing with a company that will deal with them ethically and fairly. If cash refunds aren’t feasible, what about payments in company stock or with vouchers that can be used on any cruise line? Such actions will pay dividends for many years, instead of leading to public disenchantment with the entire cruise industry.

Vaccines will become the next test of the cruise company’s ethics. If ships want to build “safety bubbles,” they will do it by requiring vaccination certificates for every passenger and crew member. Not doing this is implicitly putting everyone in danger, since we expect that the vaccines will operate with different levels of effectiveness in persons of different ages and health conditions and who received the shots at different times. In other words, they may be very effective when given to 30-year old’s who are in good health and was vaccinated 60 days ago, but less so when given to seniors just a week before the cruise.

For this reason, especially at first, cruise lines may want to test people daily for COVID-19, in addition to each guest and crew member having a vaccination certificate. The daily tests can be done by having guests and crew members blow into a tube or chew a strip of paper – somethings that doesn’t cause any discomfort. The vaccination certificates and daily testing records should be examined by customs officials before the ship docks in a port, at which time they can also get information on any coronavirus concerns.

If despite the vaccinations and repeated negative tests anyone tests positive, they will be retested using a more accurate test. If they test positive a second time, they will be isolated in a single, well-ventilated room until they can transfer to a quarantine facility or hospital ashore, or flown off the island with charter aircraft. The combination of the vaccines, the repeated tests, and effective isolation and treatment, and safer medical evacuations will create genuinely effective “safety bubbles” that will exist more than in copywriters’ imaginations.

Another vital element for this to work will be insurance: For the guests and crew members, no one should be permitted to travel on a ship or aircraft without full insurance. In this case, we’re referring to all-risk coronavirus coverage that will protect against trip delays, cancellations, medical costs, quarantines, and medical evacuations. MSC has been selling these policies for about $25 a week.

Let’s see if a “return to cruising” can hold true for the ways cruise lines treat their clients and hosts, as well as for getting the ships running again.