Let’s Not Lose This Opportunity to Change | TravelResearchOnline

Let’s Not Lose This Opportunity to Change

Posted on December 8th, 2020 by Richard D'Ambrosio in Taking Control

During one of the last phone conversations I had with Jim Smith before he passed away earlier this year, he and I were speaking confidentially about my desire to lead change in the travel industry. It was mid-March and I was expressing my frustration with the industry’s approach to travel advisors.

I was telling Jim how I felt too many suppliers paid little more than lip service to the value advisors deliver. I was saying that given what I had experienced, advisors were seen more as just another sales channel, not as professional salespeople who could create new business for their supplier partners and upsell clients to higher margin purchases.

I also expressed to Jim that this wasn’t solely my opinion; that I had lost count of the number of tenured travel advisors who had told me they feel this way too. 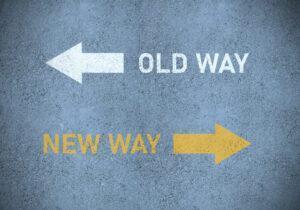 I proposed to Jim that IF – and this was the big IF, that led to some raised voices and clear disagreement between the two of us – suppliers would only choose to think differently about things like their education programs, their BDM recruiting and training, and their travel agent financial incentive structures, the industry could unleash the true power of professional advisors to propel sales and profits.

The discussion went on for at least 45 minutes. Jim still wasn’t feeling completely himself, following some 2019 surgery. So, when I felt he and I were just going around in circles, repeating ourselves for the third, maybe fourth time, and making him more tired, I decided it was better to give him the rest of his day back.

I loved Jim dearly. He was a great human being, a good friend, a cheerleader of mine and someone with whom I could have a vociferous argument, and walk away knowing he and I were still friends.

That call with Jim was definitely an argument. I just wish it wasn’t the very last time I spoke with him.

Before he hung up, Jim said: “Don’t you think there’s lots of smart people in this industry? Don’t you think that they’ve already thought this through, and there’s a reason why they’re not doing what you’re suggesting?”

I’m pretty sure my reply was something like: “Well. I have no doubt SOME people have thought about it.” But without knowing each company’s sales channel margins, and their overall P&L, “how do I know for sure they’re not making the wrong decision about trying something new?” I asked him.

What I was trying to say to Jim was that sometimes individuals, companies, WHOLE INDUSTRIES, fall into a “status quo” way of thinking that isn’t easy to shake – especially when times are good.

When companies are profitable and travel volumes are growing, it’s easy to make the safe choice and not try something new. The powers that be aren’t going to explore stepping outside of their safe zone because ‘hey, we’re making mighty fine money just the way we are.”

But how about now? Everyone’s financials have been upended by COVID and the deleterious effect this pandemic has had on every category of the travel industry. Travel volumes are not going to reach 2019 levels for 3-4 years minimum. For some travel categories, a return to 2019 may be 5 years or more away.

Jim and I weren’t thinking things would get this bad when we spoke in March. In our minds, this was a 5-6-month event, and then we would slowly return to some kind of normal.

If you Google the phrase “fear of change quotes,” you’ll get back 203 million results. I’ll bet I’ve seen half of them up on a big screen behind speakers at travel industry conferences these last four years.

Change and fear make for great keynote speech topics and social media memes. But why is it change comes about so slowly? Why does it rarely show up during good times? And why is it foisted on so many people who have no say in those changes when times are bad?

The fact of the matter is, change is scary. It holds risk. It’s unsafe for careers. And, even when you decide to change, it’s difficult to implement. Just ask anyone who’s resolved on New Year’s Eve to lose 25 pounds by Valentine’s Day.

But change is what we need – and have needed for several decades. According to a summer survey of more than 1,200 agents, conducted by the American Society of Travel Advisors (ASTA), 43% of agencies have laid off at least three quarters of their staff – even after a portion of those agencies received some financial assistance through the CARES Act passed by Congress in March.

At the time of the survey, about 71% of agencies responding said they expected to be out of business within six months if they received no additional financial assistance.

While I grieve for travel agencies in this position, I look at the bigger question: Why is it agencies are in such financially dire straits to begin with? I’m guessing at least 60% of those businesses responding to the survey don’t have a storefront. So in theory, their monthly expenditures should be pretty manageable during even these dark times.

The problem is a matter of income. This industry does a horrible job compensating professional travel advisors. In certain categories, like airlines and lodging, the industry’s done a pretty good job trimming and eliminating commissions where it can.

So we have a cash crunch now for tens of thousands of these small businesses.

ASTA is right in its recent call to alter the way travel advisors get paid. As ASTA General Counsel Peter Lobasso said in his Dec. 3 letter “the system works passably well when the economy is strong, cancellations are few, and there is a steady ongoing demand for travel.

“But when travel sold months, or in some cases years, earlier is canceled on an unprecedented scale, and new bookings grind to a halt… the shortcomings of the status quo become starkly evident.”

It will require significant fortitude within the corporate offices of the industry’s suppliers to take Lobasso’s clarion call and do something with it. There’s a lot of convincing to do up the corporate ladder.

Some suppliers have already made commission payment timing changes, though the impression is these are temporary modifications. What will it take to make them permanent? What will it take to change a host of other policies that work against travel advisors, like suppliers offering sales pitches to travel agent clients directly, circumventing the need to pay a commission on that client’s next vacation?

What kind of organized effort will it take to keep these issues front and center with key supplier influencers, and begin an intelligent discussion about new rules and policies that could work for both suppliers and advisors?

When I spoke with Jim in March, before the proverbial COVID feces hit the fan, he wasn’t very optimistic. Travel advisors hold little power the way they are organized today, he told me. Suppliers aren’t going to openly disclose their financials so that advisors could propose options that grow everyone’s pie, he said. I told him that having worked for corporations, I tended to agree with him.

“Maybe we just haven’t organized well enough to get an intelligent dialogue going?” I proposed.

Jim still wasn’t convinced, and he gave me a number of reasons why I was likely wrong. I countered with a number of ideas to prove him wrong. I could hear him getting more tired with each round of this, and that’s when I let go of trying to be right.

Somehow, I feel Jim is up there in heaven, looking down at me and saying, “You can be a jerk sometimes Rich, but I’m glad you’re even arguing your point.”

I’m pretty sure, despite his informed pessimism, he would be disappointed in me if I just gave up, simply because change is hard. On behalf of Jim and I, who’s up to the challenge of the hard work of changing the way travel advisors are treated by the industry? Email me if you are. 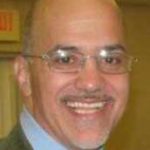