How Will the Biden Presidency Affect Travel? | Travel Research Online

How Will the Biden Presidency Affect Travel?

Posted on January 21st, 2021 by David Cogswell in The Incessant Traveler

Every president has an era named after him. So powerful is the influence of the office, and so greatly does a president dominate the news and set the character of the period, that it’s always hard to imagine how the world will change when the next president takes office.

Perhaps that’s why we have the three-month period of transition when we can start to get used to the idea of America under the next president. But now we’re at the week of the actual transition when we will cross that cusp from one era to the next. It’s hard to predict the many ways the world will change, or particularly the ways the change will affect travel. However, there are a few things we can reasonably expect. 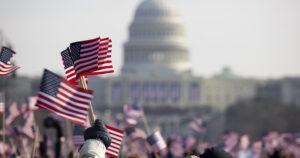 Probably the most important change is that a new stimulus package will be coming soon. And it will be more generous than what we have seen so far. So, more stimulus checks will be coming, and it’s likely that some of that money will be spent on travel.

The stimulus proposal from Biden also includes a new grant program for small businesses and low-interest loans for entrepreneurs, which will be welcome news for struggling small businesses, such as travel agencies and tour operators.

The Biden program also includes measures to stimulate an acceleration of the distribution of vaccines. The faster and more widely the vaccines can be distributed, the sooner businesses can get back in gear and people will be freed to travel again.

Airlines for America, a group representing the airlines, recently backed President Biden’s plan to mandate masks on flights. Biden said he would issue a mandate for face coverings on all interstate U.S. transportation.

The airlines welcome the introduction of a single industry standard, but they did ask the new administration for some flexibility in how they enforce the mandate. Most of the airlines already have mandates in effect but, rather than forcing confrontations on board the aircraft, their enforcement policies have been mostly based on banning uncooperative passengers from flying with the airline for the duration of the pandemic.

The Association of Flight Attendants-CWA has advocated adoption of a federal face covering mandate since early in the pandemic, to protect the health of airline workers. The association welcomed the adoption of a single standard throughout the industry.

Repeal of the Muslim Travel Ban

Biden is expected to sign an executive order repealing Trump’s ban of travel from 13 majority-Muslim countries. But, until the COVID pandemic lightens up, international travel will remain at a minimum.

Current U.S. policy requires all air passengers entering the U.S. to present proof of a negative COVID test from no more than three days before their flight. That rule applies even to U.S. citizens.

When the pandemic is no longer raging, the repeal of the travel ban will help boost inbound travel, which will be welcome to the struggling U.S. economy.

Biden has pledged big investments in roads, bridges, airports, and transit systems. If this comes to fruition, it would create jobs that would funnel money into the economy, which would promote general economic well-being. But it would also specifically benefit the travel industry by building on the infrastructure that supports travel.

Since the 1990s, when the Clinton administration opened the door a crack for Americans to travel to Cuba by introducing People to People travel, the U.S. policy toward Cuba has been see-sawing back and forth. Clinton opened travel to Cuba, Bush closed it back down.

Obama opened it again, wider than it had been since the early ‘60s, opening a thriving new market based on the enormous pent-up demand for travel to Cuba. And then Trump closed it off again. It is likely that travel to Cuba will open again. However, it’s a low priority for the Biden administration and not likely to happen soon.

The Biden-Harris transition team has put together a team of public health experts, doctors, and epidemiologists to create a plan to aggressively fight the COVID pandemic.

The Biden plan will include making free COVID testing available to everyone; mandating masks, providing clear guidance to communities on how to respond to the crisis, and making vaccines available without charge to everyone.

The Trump plan focused on the development of vaccines through its Operation Warp Speed, which was successful in producing vaccines in record time, but left vaccination procedures and other measures for combating the pandemic up to the states.

This year we will have the benefit of both approaches: the vaccines developed under the Trump administration, and the broader anti-COVID program of the Biden administration.

And that’s good because, until COVID is under control, there will be no economic recovery and no recovery for the travel industry.

Share your thoughts on “How Will the Biden Presidency Affect Travel?”