Khartoum: Where the Nile Meets Itself | TravelResearchOnline

Khartoum: Where the Nile Meets Itself

Posted on January 14th, 2021 by Joseph DeLoach in Spotlight

Located where the Blue and White Nile Rivers converge into one great river, Khartoum-proper is a city moving quickly into modern times. This metropolis is the capital of Sudan, which did not gain its independence until 1956. It is now a center for trade and economics in North Africa, but still holds onto its traditional roots just outside of the glass and steel of its center. Markets, mosques, and Sudanese culture await the traveler.

The first sites the traveler will notice about Khartoum are the excellent views of the legendary Nile River. Located at the point where the Blue and White Nile meet in their northbound flow, there are parks along the banks to witness this river so important to ancient cultures. One such place is the moqran al-nilayn, a small peninsula near Khartoum proper where the two Niles into the Great Nile. Here, the traveler can see the nearby cities of Omdurman and Bahri, and the island of Tuti. Hours can be passed simply witnessing what thousands of generations have, the life-giving waters of Northern Africa moving as they always have. 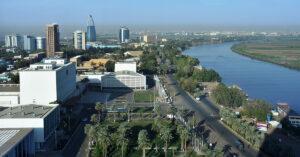 In Khartoum itself, where the streets are lively and the culture presents itself in every view, there is more than enough for the traveler. The National Museum of Sudan is the largest in Sudan, founded in 1971, it contains ancient artifacts from different eras of Sudanese history. Among the exhibits are two Egyptian temples of Buhen and Semma, originally built by Queen Hatshepsut and Pharaoh Tithmosis III, which were relocated to Khartoum upon the flooding of Lake Nasser. Another museum visiting is the Republican Palace Museum, a converted church with grand arches complimenting the already awe-inspiring architecture.

Of course, one cannot travel to a Muslim country without visiting the lifeblood of many in the nation – mosques. Many of these holy buildings have been around for hundreds of years and serve as a place for daily prayer. The most well-known of these in Khartoum is the Al Kabir Grand Mosque. Al Kabir is an impressive sight to behold, with its Byzantium era architecture (along with other influences) and minaret tower. Though not as grand, the Al-Rikini Mosque is also worth a visit for its colorful minaret. 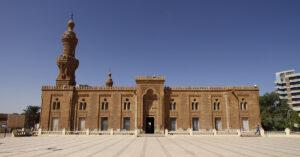 For insights into the local culture, perusing the open-air markets is always favored. To see the Sudanese people living their life and selling their wares is a way to experience the heartbeat of the city. Another cultural event to check out is the wrestling matches. Formed in the style of Greco-Roman and freestyle wrestling, these matches take place in a sand pit where the grip is increased from the grains of sand. Both are a staple of how the locals spend their time.

North Africa has been a draw for tourists for thousands of years and, though it has begun to move into a technological future, there are many aspects that remain as they have been for ages. The travelers who have an interest in the cultures of the Middle East and Northern Africa will enjoy Khartoum and its surrounding areas, there is no doubt about that. And EgyptAir is the airline that will take the traveler to this stunning region. The flagship carrier of Egypt, established in 1932, flying out daily on most of their routes, letting you discover the world with over 75 destinations within their network, and approximately 60 other routes with their partners of the Star Alliance throughout the Middle East, Africa, Europe, Asia, and North America at an affordable cost.

Travel Agents: You can use the content above on your own website or newsletter, compliments of the supplier sponsor above who has paid for your use of the materials. All you need to do is to follow the directions in the TRO Licensing Agreement. Also, please take a moment to check out the travel supplier that makes your use of this material possible. To use – Follow the procedure outlined in the TRO Licensing Agreement. Then, right click on this page and choose “View Source.” Copy the HTML and paste the copied HTML into your own webpages or newsletter. You may remove advertising.

Share your thoughts on “Khartoum: Where the Nile Meets Itself”