Let’s Get Serious About the New Executive Orders

Posted on January 27th, 2021 by Steven Frankel in Point-to-Point

According to the AHLA (American Hotel & Lodging Association), half of U.S. hotel rooms are projected to remain empty in 2021. Business travel is practically nonexistent, they say, and won’t return to 2019 levels until late 2023 or 2024. Leisure travel will return more quickly, but 56% of consumers said they see hotel stays as being linked to vaccine distribution.

One possible “cure” for this situation was included in an Executive Order released on January 21, the new administration’s first full day in office. It requires that quarantines, as well as pre-travel testing, be required of everyone who has traveled abroad, including U.S. citizens. Also, as of last week, 22 states also have imposed domestic quarantines requirements for people arriving from out-of-state, including their own state residents.

Virtually all the state quarantine regulations have proven to be ineffectual, since they don’t include any means of enforcement. No GPS locators, few checkup phone calls, few hotels with quarantine sections—only vague references to an “honor system.”

To make quarantine programs viable, they will either need to include stays in a hotel that could house quarantined guests; or “home quarantines” with a combination of GPS locators, telephone contacts, and home visits to help ensure that the returning visitors are not infecting other people. 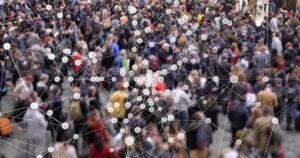 Nearly every city has at least one hotel that’s authorized to serve quarantined guests. In New York City, the rooms are free for up to two weeks; and, a brief phone call will result in a taxi that will take you to the hotel where you’ll be housed for the quarantine period. The average stay is 10 days, and you’ll never see a bill.

It’s difficult to find information on whether these hotels can serve those returning from trips or visiting a city for the first time. If this was permitted, it could quickly overwhelm facilities in most cities and there would be resistance to taxpayers always paying the bill. However, if more hotels were added to the program and, if this was made the “default” quarantine option, the hotel industry might be rescued in a matter months. Costs could be shared by local agencies, the feds, and the guest.

In the New York City program referenced in the article, guests are asked to stay in their rooms most of the time, the food delivered to the room is described as “cafeteria quality,” and guests receive two health checks a day. However, more luxurious hotels could provide better food and housing, if guest were willing to pickup the additional costs.

Quarantining at home is feasible, if trained staff are available to help travelers comply with the requirements. Ideally, these would include installing GPS locator software on returnees’ phones, phone checks at random times or when the GPS indicated that the persons were not at home, and face-to-face visits to ensure that other people are at minimal risk of being infected.

In most nations that have adopted quarantines, fines for violations are at least $1000 for each violation.

Hotels with quarantine rooms would probably be less expensive and easier to monitor. There would be fewer chances of outside visitors spreading infections. This also could be a lifeline for the hotels, with quarantine rooms confined to upper floors that have their own elevator or stairway.

Whether we opt for hotels or homes, everyone will know that we’re serious about implementing quarantines. It also could be that with a COVID-19 Rapid Test and a vaccination certificate, guests can get out of quarantining immediately. This could easily spur travelers who have spurned vaccinations, to seriously consider their options.

In the past few weeks, the mass vaccination programs have taught us that our success is dependent on us recruiting cadres of knowledgeable, empathetic, and enthusiastic people to provide mass vaccinations and testing, do contact tracing, and health screening, and a variety of other tasks that relate to combating the spread of the coronavirus—including serving as respiratory therapists in hospitals, residential care facilities, and as medics on ships.

Having received my first vaccination at The Forum mass vaccination site in Los Angeles, which can handle 4,000 people a day, I can testify that my experience couldn’t have been any better. Friendly people got us vaccinated in about 30 minutes. We then stayed in a parking spot for an additional 30 minutes—during which our health and comfort was checked every five minutes.

The original Job Corps was started in the 1960s to provide education and training opportunities for 16–22-year old’s who were dropouts or couldn’t find jobs. Maybe because President Lyndon Johnson had started as a public-school teacher, he envisioned a program that combined four hours of literacy, math, and training for the GED high school equivalency exams, with four hours of vocational training in areas in which jobs were plentiful. The programs included those training auto mechanics, plumbers, cooks, and those that improved national and regional parks. The desired outcomes were stable employment and a GED high school diploma.

The new Public Health Job Corps would have to focus on jobs with much higher-level skills, such as those we’ve just described. It should create community college programs that combine academics with technical training and work experiences directly related to public health priorities. Since many community college students are under-employed parents and immigrants themselves, these programs could provide them with stable, long-term jobs in one of the health professions and an AA (Associate in Arts) degree that would enable them to start working in the programs with increasing responsibilities, and transfer as a junior to a four-year college when the health crisis is closer to being resolved.

Pay would likely start at the new federal minimum of $15 an hour, but as corps members accrued knowledge and experience, the compensation would increase accordingly. For instance, becoming a fully certified respiratory therapist only requires an AA degree and commands about $60,000 a year. Several years of successful service in the Public Health Job Corps could qualify enrollees for military veteran’s benefits—including a year of college for every year that they serve. Talk about life changing experiences for an enrollee with a family who had been stuck in a dead-end job!

They could begin working as contact tracers, lab technicians, health screeners, and medics in locations that would include airports and cruise ships. But some of these workers—if they opt to continue their formal education—could later become doctors, nurses, researchers, analysts, and program administrators. Those who are native speakers of languages other than English would be particularly valuable.

It would not be far-fetched for some Public Health Job Corps participants to also work onboard aircraft and ships. The average age in some community colleges is 28, and some students have already served in the armed forces. Perhaps some can serve aboard flights, where some passengers are known to be hard to manage, and act as modern-day air marshals in health-related incidents.

Some can serve in airports and ship terminals as screeners of guests and crew members entering and departing from the ships. And also, because other federal regulations will require cruise ships to upgrade their medical services, some could be trained to provide routine and emergency services, under a doctor’s supervision, and can be among the first American crew members to serve on many cruise ships.

With millions of people now recovered from the coronavirus. and millions more having just been vaccinated, this will inevitably lead to other cans of worms that security personnel and gate staff won’t be able to untangle. Trained Public Health Job Corps workers can also assist in situations where someone must quickly determine whether vaccination or proof-of-recovery documentation is sufficient to permit a traveler to board an aircraft or ship; or assist them in arranging quarantine facilities at the end of the trip. These are skills that few in airports, or aboard aircraft or cruise ships, are equipped to handle and make sound recommendations to the Captain.

It’s a fair bet that neither the concept of federal quarantines, nor the Public Health Job Corps, is fully fleshed out. More likely, both are intended as “teasers” that will inspire discussions and proposals; and as placeholders to reserve funds in budgets.

If we’re to safeguard some localities from further coronavirus infections, quarantines will surely be in our bag of tricks. If we need them, let’s ensure they are effective and not just verbiage that no one intends to enforce. They also can serve as powerful incentives to get more people vaccinated and to get hotels running once again.

Likewise, if we wish to create employment opportunities in underserved communities by equipping trainees in the Travel and Health sectors with badly needed skills and middle-class jobs. These people will also become trusted advisors in their home communities who understand COVID-19 and measures that will defeat it.

Finally, we should rely on community colleges to sponsor these programs in cities in which tourism underlies much of the economy. As one example, the Los Angeles Community College District has 230,000 students on nine campuses:

Community colleges in other communities have similar populations. Given the importance of the travel industry to the city, Miami Dade College (MDC) is also an ideal location for a Public Health Job Corps Program. With 125,000 students, it is the largest college in the nation. It has the largest Latino population and the third-largest Black population of any U.S. college.

The airline and cruise industries in both cities—or at the national level—might consider teaming with the colleges and submitting a concept paper to the agencies slated in the Executive Order to fund and operate the Public Health Job Corps Program. The responsible officials are the Secretary of HHS (Health & Human Services) and the Secretary of Labor.

If you want to brainstorm on developing this program, please contact me at steve@cruisesandcameras.com.