Posted on January 20th, 2021 by Steven Frankel in Point-to-Point

Twenty years ago, I managed investment brokerages in Marina Del Rey, California. I relied mostly on technical analysis to guide my investment choices. This meant I’d examine the charts to see which stocks would make the best purchases. The stock market tries to predict a company’s earning, 6-18 months in the future. A good indicator is a stock’s performance during the past year. Since the event which has dominated thinking this year has been the pandemic, this might be a good way for travel advisors to recommend airlines to clients.

It’s lucky that The Motley Fool, my favorite stock pickers, also thought this topic was worth pursuing. They published an article last week, Investing in Airline Stocks. They included opinions and charts for Delta, American, United, and Southwest. They tried to tie the results to how the airlines are behaving during the pandemic. I added Qantas Airways to this piece, since their approach to the pandemic is entirely different from the U.S. carriers. 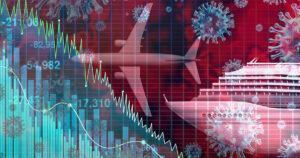 The Fool calls Delta the “driving force between much of the recent innovation in the industry.” They particularly like that Delta differentiated itself from its competitors by sharply limiting seat sales by keeping middle seats empty, while the competitors have been willing to sell all the seats they can. As they put it: “That’s a near-term revenue hit, but could be a long-term winner if it resonates with anxious passengers.”

Here is Motley Fool’s stock chart for the last 12 months. Notice that its price has dropped from 64 a year ago to about 42 today. This is a loss of 34%. While this is alarming, It’s better than others in the “Big Three,” whose stock prices are down even more. Also, the upwards trend for the past six months demonstrates the confidence the market has in the brand.

The Fool says that American used to be considered a premium brand, but after merging with U.S. Airways, it now has a “discounter mindset.” It says it has strong ties with leading European airlines, but has the most debt in the airline industry.

Here is the same Motley Fool chart. American has dropped from about 28 to 16, a 43% drop. Also, the trend is virtually flat for the past eight months. The stock market doesn’t seem to like this stock.

The Fool points out that United has an extensive network of flights in Asia. The parent company also has large investments in tech and energy. Here is its chart. Notice that it’s down from $90 to $40, a drop of 56% in the last 12 months. This is the largest decline among the “Big Three.” Notice that the trend for the last 10 months is barely up.

Southwest, according to The Fool, is the only airline not to have gone bankrupt in the past. It says that it has expanded routes during the pandemic, adding nine new cities. The Big Three have been eliminating cities. Southwest’s operations are mostly domestic, some flights to Mexico and the Caribbean notwithstanding. Here is the chart for Southwest Airlines.

In the past year, their price has dropped from $50 a share to $45, a decline of only 10%. They have also experienced a strong upwards trend for the past six months, but the prices have been level for the past six weeks. Obviously, the market likes what they’ve been doing, compared to its competitors. The upwards trend suggests that the stock will probably move higher this spring.

I selected Qantas to compare to the market leaders because it’s the only airline that is:

Since most of the airline industry rejects these actions, I was curious about how Qantas stock compared to the “Big Three” and Southwest. Since Motley Fool doesn’t follow Qantas stock, I used a Google chart for the same data.

In the past year, Qantas has dropped from 25 to 18, a decline of only 28%, much better than any of the “Big Three.” It has shown steady stock increases for about 10 months, but has been nearly level for about six weeks. Its stock pattern most closely resembles that of Southwest. The trendline suggests that it too will continue to move upwards.

Southwest and Qantas are, for the coming six months, nearly pure domestic plays. Their message seems to be, “Stay within your own shores. Don’t fly abroad where longer flights and more varied populations increase the risk.”

Delta and Qantas are the airlines that are doing best at facing the realities of the pandemic. Airlines are running ads that claim that filling the middle seats and flying at full capacity is as safe as flights that are below capacity, and where passengers aren’t crammed in seats next to one another. These ads are coupled with claims that the airline ventilation systems make further precautions unnecessary.

The research study that found that improved ventilation is a cure-all for crowding, ignores the people in the aisles and in restrooms present risks; those sitting within six inches of one another when they’re eating and unmasked are unsafe; and the study focused on better-behaved passengers – military families returning from duty stations abroad – rather than the usual mix. Thus, the cited study suffers from many flaws. Unless we have more evidence, flying with middle seats empty and at less capacity – or not flying until COVID-19 is under control worldwide – are probably the best strategies.

Qantas stock has also been positively affected by Australia nearly wiping out the virus. It did this by closing nearly all of its borders to tourism; discouraging its own citizens from traveling overseas; and restricting all transportation between cities and states within Australia through travel bans. This probably explains why Australia’s domestic flights are now safe.

What Does This Mean?

Charting is an imperfect art, but what these charts tell me is that the market is rejecting the behavior of airlines that are trying to conduct business as usual. They are looking with disfavor on international flights and crowded planes. The are welcoming strategies such as flying with everyone vaccinated.

Except for Qantas, Southwest, and Delta, I didn’t see many indications that the major airline stocks are returning to favor. This has strong implications for travel advisors since they may incur risk by buying from weak companies that are unwilling to improve. Also, realize that past performance of stocks are not necessarily a predictor of their future performance, but this is the best indicator that most of us have.