Posted on February 18th, 2021 by David Cogswell in The Incessant Traveler

Last week, ASTA put out a statement that was a distress call to everyone within range of its voice to recognize the dire state of one of America’s most endeared industries, to get the word to legislators that help must be included in the rescue bill now being run through legislative procedures. Otherwise, America could lose its retail travel industry.

So I am doing my bit to pass on the word, because America without its travel advisors would be a much gloomier place indeed. It would be like the transformation of Bedford Falls to Pottersville in It’s a Wonderful Life. That would not be a world many of us would want to live in. 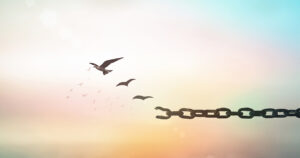 After surveying travel advisors across the country, ASTA found that even after travel starts to move again, it will be many months between bookings and business receipts. Even if travel advisors get a second PPP loan, the ERTC, unemployment benefits and other relief programs, more than 70 percent of agencies will fail within six months—and 85 percent won’t make it through the next 12 months. The average revenue loss for agencies is 82 percent.

The figures, drawn from credible market studies, are dismal. I find myself like Scrooge in A Christmas Carol, pleading with the spirits: “Are these the shadows of things that must be, or only the shadows of things that might be only. Men’s courses will foreshadow certain ends, to which, if persevered in they must lead. But if the courses be departed from the ends will change …?”

We all have to do everything we can to make sure that possible outcome does not become manifest reality. The world would be a much sadder place without your friendly neighborhood travel agency. This is an emergency for everyone, not just people in the industry.

It’s obvious that without professional travel advisors, a lot of other businesses will go down like dominoes; tour operators, hotels, and destinations will all be greatly hurt. But I’m talking about ordinary people in every line of work. We all need our travel advisors.

It would be an especially bitter fate for the travel industry to be a casualty of the pandemic, because once it is relatively safe to travel again, the demand will be a veritable tsunami.

People will need travel advisors more than ever for two reasons. One, because people have been penned up for so long that they will explode from their homes to get moving again. And two, because there is a greater need for expert travel advice.

And we do see the light at the end of the tunnel. The vaccines are our ace in the hole. But the daily improvements now in the numbers of new infections and deaths are not attributable to the vaccines. That effect has yet to kick in.

The improvement now is believed to be because people have been doing a better job of adhering to public health protocols: masking, distancing, avoiding large groups in enclosed areas, etc. The explosion of cases in January was attributable to the winter holidays, when so many people broke the rules. But, since then, people are doing a better job, and it’s starting to produce results. The two-week change has been hovering over 30 percent.

When the effect of the vaccine does kick in, it will be on top of the improvement we’ve already gained by exercising more caution. Based on these trends, we will see an end to our imprisonment over the coming months.

Remember, last July the head of the CDC said that we could get it under control in 6-8 weeks… if we followed basic masking and distancing protocols. Of course, the longer you let it go, the bigger it gets, and the harder it is to control. But now, we have proven that we can make a difference and our efforts are succeeding.

Now here’s the good news on vaccines. The New York Times tells us that 38 million have now gotten one dose of vaccine, 14 million have completed both doses. That’s still only 4 percent of the population. And the vaccines take a couple of weeks to kick in. So that benefit is still to come. And every day more than a million and a half Americans are getting vaccinated.

You can bet that travelers will be among the first to line up to get their vaccines, as soon as possible.

Another factor in the improving numbers is that so many people have been infected and gained some immunity that it is reducing the number of possible targets for the virus. The pandemic is going down. We may never eradicate it, but we can overthrow its tyranny if we play our cards right. And we are doing it.

There is much reason to be hopeful. We are going to get through this. It’s a matter of holding out. The warm weather is going to come again. Outdoor dining and activities will become viable again. We just have to survive this winter of our discontent.

USA Today: “Americans can expect a degree of normalcy in the late summer or early fall, but health experts stress that this timeline could change for better or worse, and they implore Americans to be flexible and patient.”

This is happening. It is more or less inevitable. I say this in a world where it seems nearly everything can turn on a dime. In one week, one politician or celebrity is on top of the world; and the next week they are shamed, on the brink of ruin. But some things are close to inevitable. I’m talking about the need for travel advisors. Based on the insuppressible human desire for travel, the demand for travel advisors is never going away.

Unless this virus mutates us and turns us into some kind of mushroom, there is no chance on Earth that human beings are going to lose the drive to travel. There is nothing in our biological history that would indicate that the desire to travel in human beings, arguably the most nomadic species on earth, is going to relent.

You can say, “Yeah, but conditions could get so bad that no one will be able to travel, no one will want to.” No way. Give me a break. Look at our history. People were living near the poles, on mountains, in jungles, nearly everywhere on Earth for thousands of years before we had any kind of transportation but our feet, boats or animals.

There is nothing, no imaginable scene, no matter how apocalyptic, that is going to wipe out the human instinctual drive for travel. Are you expecting the birds to stop migrating? The salmon? I don’t think we’re to that point yet.

There is going to be a travel industry. It grows up organically out of the need for travel, and builds naturally into networks that form the infrastructure of human travel: the inns, the transportation, the services that have assisted travelers from time immemorial. Conditions are ever changing, but human beings are remarkably adaptable. And the impulse to travel does not go away.

Travel is coming back. It will not return in the same form as before, any more than anything else will. But travel advisors have shown themselves to be remarkably resilient, coming through each successive crisis, adapting to radical, earthshaking changes, and always resurfacing in a new form and rising again. It will happen again. The emergence from the COVID crisis is coming. I’m not saying COVID is going away. Not any time soon. But being confined is going away. And when travel resumes, good advice will be more important than ever.

I spoke to Gianni Miradoli the other day, a long-time veteran of the travel industry, the former head of Central Holidays, now a partner in GT Experiences. He laid some words on me that were so inspiring, I think they materially increased my productivity that day. I have to pass his words on.

“What else remains in our lives if not to be positive?” he said. “What are we going to do? If we start to think negative, it’s better to go onto the George Washington Bridge and jump. What purpose is there in being negative? We need to see the little details, that we’re on the right path, and immediately try to make the most of that sensation. Otherwise, our life doesn’t make any sense. Having something to think, to expand, to improve, this is necessary. In the travel business, if you start to think negative, then you translate that negativity to your clients. And you don’t want to do that. You want to translate positivity, enthusiasm, to be willing to travel, to discover new things, those are the things that count. Otherwise our life is… what?”

Travel is not just a product. Travel is aspirational. We have to remain positive. Today, on this day, I choose optimism.