Travel Devices That Can Save Your Life | TravelResearchOnline

Travel Devices That Can Save Your Life

Posted on February 17th, 2021 by Steven Frankel in Point-to-Point

When it comes to cruising, the sun is quickly rising. President Biden’s announcements that vaccinations will be available to every American who wants them, by this summer, will hopefully lead to a cascade of bookings.

But the news is even better. For many of us, going for close to a year without seeing a doctor very often has been an eye-opener. We’ve had to take more responsibility for our own health, decide when it was worth it to visit a doctor, go to an emergency room, or change our intake of some medications. 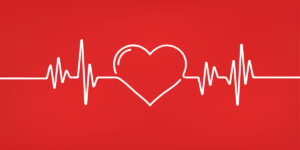 During the past year, we have seen an upsurge of medical devices that couldn’t even be imagined five years ago. While most were intended for home use, they will also permit us to make traveling a new game. For the last few months, it’s been possible to fit into a small toiletries bag, medical-grade gear that permits us to travel more comfortably and prepare us for the kinds of emergencies that no one wants to face.

For about the same amount that we’d spend for one night in a four-star hotel, we can assemble a small medical kit that you can take anywhere. If you’re in your thirties and have never been hospitalized, you can just skim the rest of the article. But if you or your travel partner have experienced health emergencies, read the rest of this article closely. You also may want to send copies to some of your clients as well.

Some of these devices are needed by everyone. Others are useful only if you or a friend has had certain health problems.

No matter what kind of doctor you visit, the first thing they are likely to do today is to place on your finger what looks like a plastic clothespin with a digital readout on top. A minute later, the gadget tells you the oxygen level in your bloodstream and your pulse rate.

Not bad for a one-minute screening on a device that costs as little as $16 and doesn’t hurt cause you any pain. That’s why—along with a contactless digital thermometer for adults—it belongs in everyone’s travel kit, and you should use them both daily. Write down the readings. You can be reasonably sure that things are going fine, if you get about the same daily readings every day and they are in the acceptable ranges. For about $10 more, you can buy one that connects to your smartphone with Bluetooth. These can record your daily readings and can send them to a physician instantly.

Low oxygen levels or high pulse rates sometimes indicate that a COVID-19 infection is starting to develop, even before you see other symptoms or test positively. This fact alone makes it worthwhile to bring on a trip, but it can uncover many other kinds of problems as well.

The are some more expensive models ($80-$180) that can be used during the day to check your general health, but can also be used at night to help identify sleep apnea. Especially if you snore and are overweight, a low oxygenation level is very serious.

If you sometimes wear a CPAP device, the oximeter readings may suggest to you that you need to use it more often—even if you’re on vacation. Most nighttime devices can be set to record continuously and either sound an alarm or vibrate so that you’ll shift your sleeping position. Many can send a PDF of your readout, minute-by-minute, to your doctor and get their recommendation, even if you’re on a trip. WARNING: The doctor will probably recommend that you lighten up on the free booze and dispense with afternoon tea and late-evening snacks.

Some of the devices intended to be worn at overnight are shaped like a ring and fit around your finger. Others are shaped like a bracelet and go around your wrist. While most inexpensive models shut themselves off after a few minutes to save the batteries, and are difficult to keep in place while you sleep, you can achieve some of the benefits of the more expensive ones if your partner puts one of the basic units on your finger when you are snoring. If the readings are below 90, you have a reason to be concerned. Many night “heart attacks” can be attributed to sleep apnea.

An Apple Watch Series 6 ($350-$700) is the Swiss Army Knife of medical devices. The Series 6 is the newest Apple Watch and is the only one that has an oximeter. However, since it also has nearly all the other devices we’re going to describe, it may be a great purchase. To use the oximeter, just press a few buttons and, a minute later, you’ll get the readings. You can also send a PDF to your doctor or display them on your smartphone. The oximeter sensor is built into the back of the watch and, if you’re wearing it at night, your partner can trigger it at about the same time each night or when you are snoring.

You often see EKG’s featured prominently on medical TV shows where patients are wired up with leads pasted to their chests to a huge box that sounds loud alarms several times during each episode. EKG’s intended for home or travel are completely different. These units weigh only a few ounces and are silent, except for a few gentle beeps. You probably only need these if you or a travel companion are under the care of a cardiologist, or if you’re a medical junkie who wants to know all about yourself. If you don’t get a “normal” reading, retake it a few minutes later and show it to the ship’s doctor if it still doesn’t read “normal.”

For only $79, the KardiaMobile EKG is the one my cardiologist recommends. It’s the size of two sticks of chewing gum stacked on top of each other. To use it, you just link it to your smartphone by clicking on the app and then place two fingers of each hand on the device. Within 30 seconds, it generates the EKG, tells you whether it’s “normal,” and generates a PDF file that can send to your physician or show to the ship’s doctor if it indicates possible problems.

The last few Apple Watches have had an “ECG function.” It’s Apple’s name for the EKG function, and it works via sensors already built into the watch. Results are displayed on the watch face or your iPhone.

If the rumors and leaks are true, this year’s Apple Watch Series 7 that Apple is slated to release this fall, might be able to display your blood glucose level without drawing any blood or requiring expensive sensors—a feature millions of diabetics will call miraculous—and warn you of impending panic attacks. If these features are not included in the new Series 7, they’ll probably be included in the Series 8 or 9. If nothing else, they’re an indicator of where medical devices intended for travel are going.

Since I’m not a medical doctor, you may want to speak to a physician or nurse that knows you before you buy any of these devices. Get their recommendations of which ones would probably work best and whether you’ll benefit from them.

To celebrate getting my second vaccination shot, I’ve purchased an Apple Watch Series 6 this week. I will probably upgrade to the Series 7 before our December cruise to Australia, if the Series 7 includes the blood glucose level function. The Series 6 watch will probably go for close to its original price on eBay if I sell it before Christmas and include a new watchband.

Share your thoughts on “Travel Devices That Can Save Your Life”