When Far & Wide Went Too Far (and Got Too Wide)

Posted on February 11th, 2021 by David Cogswell in The Incessant Traveler

I received an email in response to an article I wrote recently about the U.S. Tour Operators Association from a former head of a USTOA tour operator. He pointed out that my review of the history of USTOA’s $1 Million Travelers Assistance Program left out an important chapter of the story. And he had a point.

He was referring to the story of the Far & Wide Travel Corporation. It was an important chapter in the history of the tour operator segment of the travel industry.

But there was some logic to skating over that episode in a short summary, because Far & Wide was a big story in itself, one that could fill many pages. It would be challenging to do it justice in one column. The Far & Wide bankruptcy in late 2003 was a catastrophe.

Bob Whitley, who led USTOA from 1978 till his death in 2010 said that 2004, the year he spent sorting out the Far & Wide bankruptcy, was “the worst year of my life.” There were others for whom it was surely even worse.

USTOA was left in a tough situation when one of its members collapsed leaving far more debt than its $1 million bond posted by each tour operator could cover. When Far & Wide went bankrupt, it initially affected 15,000 customers and racked up well over $100 million in debt. It took a year to sort out, and it was painful for all involved. 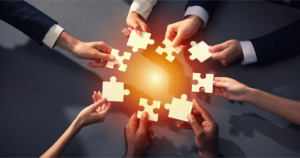 For a quick recap: USTOA was formed in 1972 to strengthen the reputation of the tour operator segment after a number of bankruptcies had cut confidence. In 1976, USTOA established its first consumer protection fund, which then evolved; and by 1993, each member was required to post a $1 million bond and carry a million dollar insurance policy.

Airlines, hotels, and retail had already consolidated – as larger entities bought up smaller ones, leaving fewer on the playing field. The tour operator/wholesaler segment remained fragmented, dominated by relatively small companies run by sole proprietors. Wall Street saw an opportunity and started to close in.

Suddenly, investment firms were seeking out industry veterans who could guide their investments as they bought up tour operators. There was a flurry of consolidation attempts happening simultaneously: Global Vacation Group, Vista Travel Ventures, Global Leisure Group, Grand Expeditions, and the Far & Wide Travel Corp.

Once the concept of consolidation had taken hold, it became a rush among the major players to buy up what was available before the competition could get it. It ignited a frenzy of buying and transformed the face of the wholesale segment.

They were all big ventures with high ambitions, but the biggest of all was Far & Wide. Phil Bakes, chairman and CEO, said the trend to consolidation was already in motion and was irreversible. “It’s not because people like us are sitting around a table,” he said. “The movement is happening because of natural forces that are changing the market place.”

The natural forces, he said, were:

Bakes’s logic seemed to be bulletproof and, in any case, consolidation was steamrolling ahead. Far & Wide started in early 1999 with the purchase of two major tour operators and continued spending millions throughout the year, till it had acquired 21 tour operators. It was breathtaking.

Bakes was an impressive frontman with a head-spinning resume. He had a law degree from Harvard. He had been a special prosecutor in the Watergate hearings, was deputy campaign manager for Edward Kennedy’s presidential campaign, and a special counsel to the Senate subcommittee that laid the groundwork for airline deregulation, then worked under Alfred Kahn to implement deregulation. In 1984, he became president of Continental Airlines and led the company out of bankruptcy. From 1986 to 1990 he was CEO of Eastern Airlines. He seemed unstoppable.

It was a grand vision, but it didn’t survive the real world. Far & Wide blamed 9/11, but other tour operators rejected that explanation. Of course, 9/11 was a major setback, but Far & Wide spent too much money too fast. And when the company tried to put all those separate companies together, they found that the individuality that had propelled the companies to success in the first place also made them almost impossible to merge.

Most of the companies had been the implementation of a vision of one charismatic figure. When you tried to standardize them, you worked against their greatest strength—their individuality. When you tried to gain synergies by combining operators under one brand, you lost the brand equity of the brands you dropped.

The Far & Wide collapse blew a hole in the USTOA consumer protection plan. A million dollars was a lot for any company to be able to set aside, and it was proof of financial strength. But Far & Wide had one membership, one bond for 21 companies. When the company became insolvent, $1 million didn’t go very far toward covering the losses.

USTOA and its member companies scrambled and did everything they could to help cover the losses of customers. Individual members stepped up to accommodate travelers who had lost their deposits or had been stranded. The association filed lawsuits to recover money from insurance companies. Through all their efforts, they succeeded in covering a majority of the losses, but not all. It was a heroic effort to save the confidence in the USTOA brand and in the tour operator segment.

It was also a reality adjustment for USTOA. It had outgrown the time when $1 million could be counted on to be enough to cover the potential losses of any tour operator that went under. It forced the organization to reframe its consumer protection as a Traveler Assistance Program, so as not to raise unrealistic expectations. It could not be a guarantee of full refunds in any eventuality. Far & Wide shot that idea down.

USTOA realized it would have to rely on other ways of monitoring its members to prevent future disasters like the Far & Wide bankruptcy. And it did. After the pain of Far & Wide, members became more alert to the early signs of trouble. They could not let another disaster like that slip under their radar.

In the 18 years since, there have been two more failures of USTOA members, Cruise West in 2010 and Cox & Kings The Americas in 2019. In both cases, the damage was very limited. Even in the unprecedented disaster of COVID-19, there have been no major problems.

After the dismal failure of most of the attempted roll-ups, Wall Street seemed convinced that consolidation of the tour industry was not a good prospect.

On the other hand, another kind of consolidation worked. Some of the larger tour operators that had built themselves over decades had the financial wherewithal to buy up some of the companies that fell out of Far & Wide. Those kinds of consolidations from within the industry worked much better. They succeeded in part by maintaining the individual management teams, brands, and business styles of their individual members.

Some of the original companies were bought back by the original owners who had sold them to Far & Wide and become partners in the conglomerate.

It was a tough chapter in the history of the travel industry, but the lessons it taught USTOA were useful. Fortunately, there have been no replays.

I asked Terry Dale, president and CEO of USTOA, if he wanted to comment. Here’s what he said.

USTOA was organized almost 50 years ago on the foundation of fostering trust in tour operators, making history in 1976 when it became the first travel organization to establish a consumer protection fund, and adopted the “Integrity in Tourism” brand. Today, the USTOA $1 Million Travelers Assistance Program—which requires each member company to set aside $1 million of its own funds, specifically to protect consumers’ deposits and payments—is recognized as the strongest of its kind in the industry. More than anything else, the Program is a symbol of financial stability and provides both travel advisors, and their clients, peace-of-mind knowing their vacation investment is protected with a financial safety net. Knowing that USTOA tour operators meet strict requirements of ethics and integrity in their tour offerings and advertising garners immeasurable trust in consumers.

In rare instances, such as the total insolvency of one of the larger tour operators, the $1 million may not cover all losses. However, in addition to the financial protection of the USTOA Program, USTOA offers invaluable assistance to travelers in educating and apprising them of options available in the event of tour operator insolvency, including alternatives on their rights of financial recovery and the cooperation of its member companies to provide voluntary assistance to affected travelers in whatever way possible.