Five Travel Destinations for the Next Few Years

Posted on March 10th, 2021 by Steven Frankel in Point-to-Point

Tourism for the rest of 2021 and 2022 will ultimately come down to one thing: How safe will travelers feel? Safety will include three key elements:

We can’t look at these factors as they presently exist. We need to project how strong they are likely to be in June and November, when the two most critical travel seasons begin.

Infection and vaccination rates are two sides of the same coin. If the infection rates in a nation are already extremely low, or if nearly everyone is vaccinated, the results are the same: There’s very little chance that visitors will be infected by someone living there. The challenge will then be to make certain that all visitors are vaccinated, to ensure that they don’t infect other visitors or residents who are not yet vaccinated. 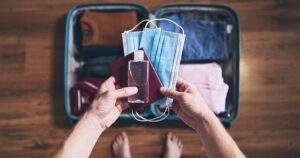 Australia and New Zealand are examples of nations that have almost eliminated COVID-19 as a major internal threat. According to the latest Johns Hopkins data, their infection rate per 100,000 people (100K rate) is 114 for Australia and 49 for New Zealand. The 100K infection rate for the United States is 8,800—almost 180 times that of New Zealand!

This shows that New Zealand’s citizens are not a threat to us; we are a major threat to them, unless we’re vaccinated. That’s why nations with very low 100K rates are almost sure to demand vaccinations and maybe COVID tests from all who wish to visit. It’s also likely that they will vaccinate most of their own residents by summer.

Royal Caribbean is already operating “cruises to nowhere” on The Anthem of the Seas out of Singapore. This ship could easily switch to visiting all these Asian nations and be joined by vessels from other cruise lines that have sailed through these waters for years. While these nations are not very far in providing vaccinations, they have the resources to vaccinate in at least the tourist areas very quickly.

The Med and the Middle East is a third region that will probably prove to be very popular for tourism by summer. Israel leads the world in vaccinations, with 58% of its residents already vaccinated. The United Arab Emirates (UAE) is second, with 35% of its residents already vaccinated. In contrast, the United States has vaccinated less than 10% of our residents. Royal Caribbean recently said that its newest mega-ship, the Odyssey of the Seas, will sail from Haifa, starting in May with stops in Malta and the Greek Islands; and American Airlines has announced direct flights to Tel Aviv from Miami, New York City, and Dallas in the near future. Israel and the UAE have formally established diplomatic relations for the first time. Both have world-class airlines known (respectively) for security and comfort that will now be able to land in each other’s airports.

MSC is already sailing between the Greek Islands and Italy, and is probably seeking to add Haifa to its ports. Morocco (100K rate of 1,333) is a very popular tourist destination for Israelis, and Tangiers could become an American vacation stopover since it is situated about halfway between Israel and the United States, and a one-hour ferry ride from Spain. If other cruise lines start to embark guests from Haifa or Tangiers, and other airlines establish bases in Tel Aviv and Tangiers, the Med could replace the Caribbean as the most popular cruising ground for Americans and Brits wanting to cruise for at least a week.

Japan (100K rate of only 346) is likely to pursue early tourism by ships and trains aggressively to take advantage of the infrastructure improvements it made for the Olympics. Circumnavigation cruises around Japan will hopefully go mainstream for the first time, and may include stops in Okinawa and in South Korea. Repositioning cruises between Japan, Siberia, and Alaska will become even more popular since they are a legitimate way of making extended visits to Alaska without visiting Canada. Alaska leads all the other states in the percentage of residents (13.4%) that have been vaccinated.

Hopefully by autumn, when most Canadians, Americans, Bermudians, and Cubans have been vaccinated, there will be new repositioning cruises that will visit all four nations. Ideally, they would go in the fall from Canada to New England, through the Chesapeake Bay to the Carolinas, Georgia, Bermuda, and Cuba. The itinerary would reverse in the spring. Even for jaded shellbacks who have been almost everywhere, these cruises would be an extraordinary way to celebrate the end of the pandemic.