Posted on March 25th, 2021 by David Cogswell in The Incessant Traveler

Back in the late 1970s, when airlines were deregulated under President Jimmy Carter, the airline business was opened to the free market. This was supposed to unleash competition, to create diversity in the marketplace, and expand choices for consumers. It didn’t quite go as planned.

Gradually, the big airlines gobbled up the smaller ones, and the number of airlines dwindled; until, by 2017, four airlines controlled about 80 percent of U.S. passenger air traffic. It sounds more like the description of an oligopoly than a free market.

Of course, in the late ‘70s no one knew what to expect. It had never been done before. It was all brand new territory. 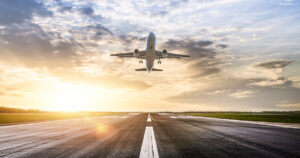 And how about the public? How did they like it? Well, they certainly liked the lower prices. Under regulation, airlines couldn’t compete on price, so they tried to compete on quality, choice of routes, schedules and extra services. Now it’s come down to mostly price.

But consumers like choice and competition. The airline market, as it has evolved since deregulation, has offered fewer and fewer choices of competing airlines—not more as intended.

Competition, the main thing deregulation was supposed to encourage, seems to have taken leave. Under the hub-and-spoke system, one airline can dominate one hub and leave the other airlines to dominate their own hubs, with no need to compete aggressively in those markets. The big airlines can divvy up the market among themselves, and more or less tacitly agree not to compete in each other’s territories.

But now, of all times—during a global pandemic that shrunk the airline market by 44 percent in 2020—we are looking at the possibility of new airlines coming into the industry in 2021. It’s always nice to see new airlines enter the market. New carriers force the majors to pay attention to the competition, and modify their price structures and services to compete.

These new airlines see an opportunity, and that itself is good news. It is one additional piece of evidence of what many suspect intuitively: that the travel industry is about to explode from pent-up demand, as millions of would-be travelers who have been cooped up for a year are now gradually being released.

With 2.4 million Americans being vaccinated daily, the risk factors are dropping minute by minute. As of this writing, on Monday, 124 million doses of vaccine have been administered, fully vaccinating 44 million people, 13.3 percent of the total U.S. population, according to the Centers for Disease Control and Prevention (CDC). By the time you read this, the numbers will have edged upward noticeably.

No doubt those who are eager to travel will be among the first in line to get the vaccines, as soon as they can. A Longwoods International tracking study of American travelers recently found that 85 percent have travel plans in the next six months.

Travel advisors and tour operators are being swamped with phone calls from travelers eager to start moving again. “I’m vaccinated! Where can I go?”, is the big question Tauck is getting, according to Jennifer Tombaugh, the company president. These new fledgling airlines want to be ready to accommodate the coming boom.

Breeze Airways is expected to launch as a new low-cost carrier this month. The founder is David Neeleman, who was behind JetBlue, and was also the founder of the budget airlines WestJet and Morris Air. On March 10, the US Department of Transportation (DOT) granted final approval for Breeze Airways to begin passenger flights with as many as 22 large jets for interstate travel. That means the official launch may be soon.

The plan of Breezes, based in Salt Lake City, is to operate point-to-point flights between under-served markets, such as city pairs that currently have no nonstop flights or, as Neeleman said in a statement, “nonstop service between places currently without meaningful or affordable service.”

In terms of services, Breeze does not intend to offer seat-back entertainment, but instead will offer streaming entertainment and free wifi. The airline is positioning itself as a technologically advanced company with a focus on consumer-friendly innovation. Neeleman has gone so far as to describe Breezes as “a technology company that happens to fly planes”

Breeze Airways plans to eventually offer first class seating, but not initially. The airline is being discreet about its routes till it gets its ducks in line. What is known is that it will begin with flights from an airport in the southeast to four airports in the northeast, and from another airport further south to four airports in the northeast, southeast, and southern plains states.

In the months to follow, it will expand its operations to include routes from an airport in the southeast to airports in the northeast, southern plains, and mid-Atlantic states. It will get its first two Airbus A220s in August and September 2021.

In the press release announcing the launch of Breeze, Neelman called it “the world’s nicest airline.” He’s targeting some of the consumer dissatisfaction with the service levels of majors, and he’s looking for some leverage from the kind of reputation for a friendly service culture that helped fuel JetBlue’s rise.

The other new budget airline in the wings is Avelo, led by Andrew Levy, who was previously an executive with United Airlines and co-founder of Allegiant Air.

Levy purchased the charter airline XTRA Airways in 2018 and renamed it Avelo. Based in Houston, he plans to launch a low-fare, customer-focused airline with scheduled service from smaller airports serving large metro areas.

The airline initially intended to start flying in November 2020, but COVID delayed the planned opening. But this spring may turn out to be a better time to launch anyway, with vaccines being disseminated through the population, setting the stage for a dramatic turnaround as people begin feel safe to travel again.

The launch of two new airlines brings a new breath of hope and confidence into what has been a very discouraged travel industry and country at large over the last year. It feeds into a stream of good news that has been building from a rumble to a roar, a foreshadowing of a joyous revival of something a little bit like what we used to call normal life.