A Beacon of Hope At the End of the COVID Tunnel

Posted on April 16th, 2021 by Paull Tickner in Agent Perspectives

Today, we come towards the end of a week of profound sorrow as we mourn the death of His Royal Highness Prince Phillip, Duke of Edinburgh, and a week of great joy as we celebrate the continuing success of our vaccine roll out programme with pubs and restaurants now open for outdoor service—for the first time in months. This positive step also keeps us on track as we count down to Monday 17th May, when all pubs, restaurants, hotels and B&Bs will be allowed to re-open! That will be a real red-letter day. 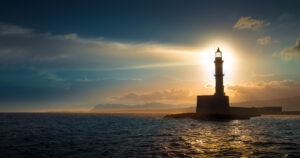 Since 23rd March of last year, there have been plenty of occasions when the light at the end of the tunnel seemed far too much like the light of an oncoming train but, with the vaccination programmes on both sides of the Atlantic gathering pace, the light has become much more of a beacon of hope. It genuinely feels like the long winter of forced hibernation is actually coming to an end.

During the endless, dark and dismal days of last year’s spring and summer, one UK supplier became a source of great encouragement to travel planners on both sides of the pond. Each year, the National Garden Scheme (NGS) opens over 3,700 privately owned gardens in England and Wales on selected dates for charity. Since its inception in 1927, it has raised over $80 million. Because the pandemic prevented us from visiting any of them, they came to us in a series of YouTube videos which, along with many other garden lovers, greatly lifted our spirits. Rubbing shoulders with the locals as the traveler wanders around a selection of gardens in a quintessential Cotswolds village, and enjoying tea and home-made cakes in the garden of an Elizabethan manor house is a memorable experience I can thoroughly recommend! Check out the video from their Patron, His Royal Highness, The Prince Of Wales.

Covid-19 has stalled UK-bound travel, but it hasn’t destroyed our awe-inspiring historic sites, magnificent cathedrals, castles and stately homes or prevented Mother Nature from producing our great gardens, both large and small. All we need now is for scheduled transatlantic flights to resume and cruise ships to weigh anchor, and we’re back in business again. Now is the time for you to start moving your UK plans onto the next stage.

The travel trade played a vital role in the renaissance that followed the Libyan bombing (1986), Pam Am 103/Lockerbie (1988), the 1990 Gulf War, Foot and Mouth and 9/11 (both in 2001), other random acts of terrorism and the 2007/2008 Financial Crisis. Each of these crises brought significant disruption to our industry but, thanks to your proactive role, it not only recovered but it flourished. With that track record, I believe that history will repeat itself and, although it might take a bit longer this time, the renaissance will happen again—and you will play an important role in it.